Watergen USA created a technology that allows them to create clean, healthy drinking water out of thin air. This can be used to help solve goal six of the Sustainable Development Goals, "Clean Water and Sanitation For All." Simply by utilizing the air in an area, Watergen’s technology can supply clean drinking water to those who never have had it, those who may temporarily need it, and those who are living under the threat of losing it.

Watergen USA’s successful innovation is the creation of technology that can extract and create clean drinking water directly out of thin air. This technology, coined GENius technology, draws air into its atmospheric water generator, where it is thoroughly cleaned, leaving only pure air in the system. The clean air is then directed through the GENius heat exchange and cooling process, bringing it to a temperature where condensation occurs to create water. This water is then channeled through a multi-stage filtering system to remove any impurities and add minerals. The final result is clean and healthy water with a quality taste (watergen.com, 2016). In simpler terms, as CEO Edward Russo says, “Essentially what [Watergen does] is make rain in a box on demand.”

The reason the goal of clean water for all has been so difficult for the world to achieve is water quality is continuously getting worse, leaving people with either no water or access only to unhealthy water that makes them sick. While water can be filtered, the process is too time-consuming and can prove to be a daunting task. As CEO Edward Russo stated, “you spend all this time trying to take all the bad things out of the water, and when you finally get to that point, more bad things are made, and you have to start over. We’re losing this fight.” With Watergen USA’s innovative technology, these challenges are avoided as you can just create clean water rather than filter dirty water as long as air is present, which it always is. 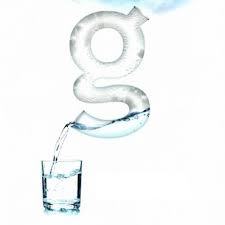 The original implications for creating this innovation can be traced back to military applications. In 2006, the Israeli Army was in a conflict with Lebanon in what is today known as the Lebanon War. The Lebanese troops poisoned all the wells in the area as they retreated, leaving the Israeli army without water. Watergen founder Arye Kohavi, a former Israeli Special Forces officer, began working on possible ways to make water out of air so situations like this would not happen again; however, military use is only one possible application of technology like this and, as CEO Edward Russo stated, “the people coming up with innovative military applications could only go so far.” International philanthropist Michael Mirilashvili, deciding he wanted to give back to society, heard about these ideas and entirely funded the development and mass production of the innovative water-from-air technology that Watergen USA produces today. Mirilashvili, as Mr. Russo revealed, “is not concerned with the capitalistic side of it, he, believe it or not, is concerned totally with saving the world and bringing clean water to everyone in the world. He believes that every person in the world, every child in the world, has a right to clean water.”

Through talking with the CEO of Watergen USA and doing additional research, it is clear that the inspiration for the GENius technology was truly helping people and saving lives rather than the prosperous economic benefits that come along with this innovation. Edward Russo showed this commitment to helping people when he told us, “Generations go by that only focus on survival. You have to change that, from mere survival to a greater good. We’re at the point now where you’re ready to roll up your sleeves and do something really good.”

The short-term effect of Watergen's technology is the capability to provide clean water to people very quickly. This is especially prevalent after water get contaminated during natural disasters. CEO Edward Russo revealed that Watergen USA has been called in after many natural disasters across the United States such as Hurricane Harvey and Hurricane Maria to provide drinking water to the residents of the affected area. For example, after Hurricane Harvey hit Texas, “The national guard were there giving out thousands and thousands of bottles of water a day but they couldn’t keep up with it” according to Russo. Powered by solar energy, the Watergen USA devices were able to be set up in some of the hardest hit areas to provide the residents of Texas with clean water day after day. Unlike the problems the National Guard faced when handing out water bottles, this innovation allows water to be distributed day after day without the need to be replenished.

The long-term effect of the GENius technology is providing a clean water source to the majority of people in regions with clean water scarcity. Concrete evidence to support this is the work that Watergen USA has already done in scarce-water areas. Mr. Russo revealed to us that the company has already been in China, Vietnam, Malaysia, India, and South Africa to implement their technology and provide water in areas where it was either unavailable or unhealthy. Other possible long-term effects that could happen as a result of this innovation is the reduction of pollution and waste from a smaller dependence for plastic water bottles and the ability to make previously unsustainable cities now sustainable with the use of clean water.

While it is difficult to compute exact quantitative data of people that were impacted through the use of this innovation since Watergen USA has implemented it in many countries and after many natural disasters, Edward Russo stated, “We have [positively] affected the lives of 1000s and 1000s of people around the world and we have yet to begun. We’re just scratching the surface.”

The innovation has benefited Watergen USA as a profitable source of revenue. The company has received orders and been recognized for its technology from all across the United States and the world. CEO Edward Russo revealed Watergen USA has been called in after countless natural disasters across the United States such as Hurricane Harvey and Hurricane Maria. The company has also already been in other countries such as China, Vietnam, Malaysia, India, and South Africa to implement their technology and provide water. Orders for their products have increased so substantially that they plan to open up three more manufacturing plants in the United States within the next year. They have also won the Consumer Technology Association 2019 Best Technology and Innovation Award for their GENius technology. Out of about 45,000 exhibitors present at this CES event, the GENius technology was recognized as the most innovative.

Watergen’s innovation also benefits them as a way to fulfill what we see as a sense of mission of improving and saving the lives of as many people as possible around the world. As a Jerusalem Post article by Eytan Halon writes, Michael Mirilashvili, who now serves as the President of the Israeli sector of Watergen, said “My first priority is not how to make money but to help people, the planet and make kiddush hashem (sanctify God’s name)” (Halon, 2019). The GENius technology gives Mirilashvili and Watergen USA the opportunity to have a large-scale impact on the world, both in the present and the future. As they continue to grow and prosper, their capability to provide more people with access to clean water while making a profit doing it will grow as well.

The GENius technology gives Watergen USA the capability to provide clean drinking water to people around the world. According to Watergen’s website, 2.1 billion people live without access to clean water and fifty percent of the world’s population will live in water-stressed areas by 2025 (watergen.com, 2016). Since air is an abundant resource readily available everywhere, Watergen USA is able to provide up to five-thousand liters of clean drinking water per day, per unit. A renewable water source has countless positive impacts on society and the environment such as saving lives, preserving the environment, and possibly making previously uninhabitable land now inhabitable.

Having the ability to make clean water from air benefits society by helping to achieve goal six of the United Nations Sustainable Development Goals, which is to “ensure availability and sustainable management of clean water and sanitation for all” by 2030. This is shown by a quote from executive chairman Maxim Pasik, which was published in a Jerusalem Post article by Ilanit Chernck. He proclaimed, “Watergen technology is the game changer for the global drinking water crisis. We do not have to wait until 2030 to achieve this goal” (Chernick, 2018). The GENius technology could also help achieve the goals of good health, sustainable cities and communities, and life on land, as the availability of clean water is a crucial component to making all three of these goals possible. If Watergen's GENius can lead to the achievement of even just one of these goals, this would have a tremendous positive impact on the lives of millions of people.

Watergen USA utilizes its innovative GENius technology to create clean, healthy water out of the air. With their technology, Watergen USA can provide water to areas without access to clean drinking water.