I began working at Costco in Boston Heights, Ohio back in late December. While I do not actually work for Costco, I do work inside Costco at their wireless kiosk. Since working here, I have met and spoke to a lot of the staff, including the supervisors and store managers. For those that are unfamiliar with Costco, they are a wholesale store. This means, you need a membership to get in or to use the gas pumps. Once you are inside, there are no shelves. Everything is on pallets and products sell in large quantities. When you leave, your purchases are boxed up and you are out the door.

Costco is an interesting store in the way they operate and is completely different than a traditional supermarket or grocery store. When thinking of what company to talk about, I thought Costco would be great because none of my friends or family shops here and I think everyone should. Also, since I work here it would be a lot easier to get ahold of the staff here to talk to them. On April 24th of this year, I spoke with a supervisor at Costco and asked him about the sustainability of Costco and how they are beating their competition.

First, I want to focus on Costco’s business model. I spoke with the Majors supervisor at Costco, Dave. He told me that during his training, he was told that the company was a “penny” company. This means that they operate in such a way that makes every penny count. The reason for this is because the company has extremely small profit margins on products. “Let me put it this way,” Dave explained. “If I dropped a jar of pickles and it broke, we would have to sell 30 jars of pickles to cover the loss of revenue from that one jar breaking.” Costco loses profit in many areas such as gas. They purchase the most expensive gas available for their members then sell the gas at a guaranteed lower price than other gas stations. The front-end managers check gas prices locally on a set schedule to ensure they are the absolute lowest price. Another area where they lose profit is with their food court. Some of the food items they sell there either break even or sell at a loss. The reason for this was discovered by Ikea, where Costco adopted the idea. The Ikea official website says, “These words, spoken many years ago by IKEA founder, Ingvar Kamprad, remain true today. It’s nearly impossible to shop on an empty stomach, don’t you think? That’s just one of the reasons why, in 1956, Ingvar decided to open up a restaurant in the very first IKEA store, in Älmhult, Sweden.” (https://www.ikea.com/ms/en_US/this-is-ikea/ikea-highlights/IKEA-Food-journey/index.html). Ikea thought that if they started offering freshly cooked food, customers would stay for longer and thus, purchase more products and it worked. Costco adopted this idea and it works wonders. While working here, I have seen customers spend hours shopping around Costco and ultimately spending well over $2000 in one visit.

With Costco losing money at several different points, they need to cut costs dramatically. One way they do this is by selling products right off the pallet. Dave broke down the process of displaying an item for me, “First, the pallets come off the truck by forklift and they are placed in a designated area for each department. Another person will grab the pallet and take it to the right department and will place the pallet on the floor then cut off the plastic wrapping from shipping. Then, the product is ready to be sold.” I asked him to elaborate on how this cuts costs. “Well, this way we do not need pay anyone to stock shelves or to break down the pallets and store them anywhere.” Another thing I noticed while working here was that Costco does not offer plastic or paper bags. What Costco uses are boxes from the packaging that their products come in. For example, you could by apples and some bread. At checkout, the cashier will put those items in a Google Wifi Extender box and send you on your way. With this method, Costco saves money from not purchasing bags. It also is great for the environment to repurpose the packaging that would otherwise be thrown away. Where they save the most money, however, is by not marketing at all. Costco does not air any commercials or use any form of advertisement. Costco’s main competitor, Walmart, spent 3.5 billion dollars last year in marketing according to statista.com (https://www.statista.com/statistics/622029/walmart-ad-spend/). This alone is Costco’s biggest cut. 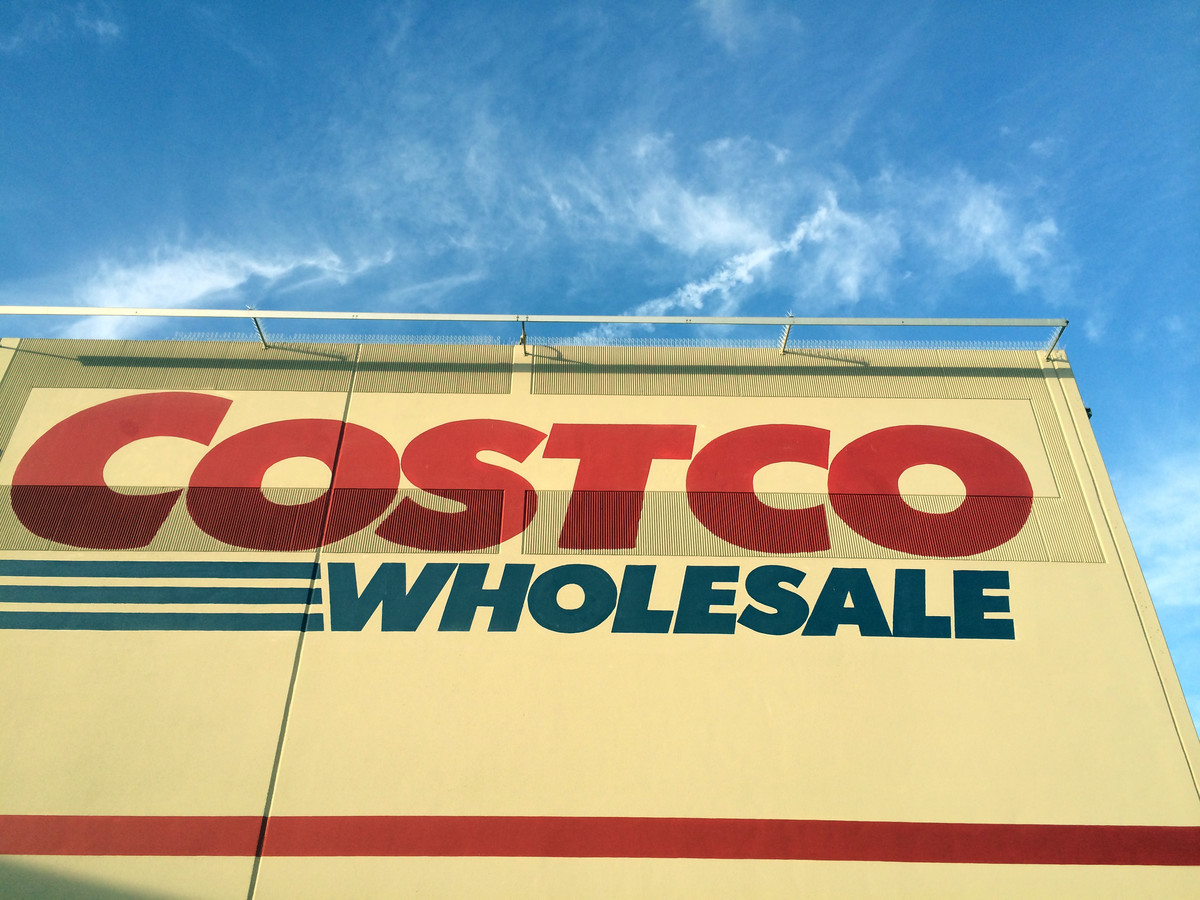 There have been other warehouse system companies that have done the same thing. Costco, however, is in the business to save people money and to create great jobs and I think that is the key difference. The wages may differ from store to store depending on the cost of living in that area, but in this Costco that I work in, the starting wage is 15 dollar an hour. Sounds like a great place to work, right? The problem is, that Costco has so little turnover that they are almost never hiring. The employees here all love their job. Dave talked to me about wages, “Yes, the starting wage is 15 dollars an hour but I do not think anyone actually makes that. Everyone here probably makes more than that. I know our couple cart pushers that we have now make at least 17 an hour versus Walmart or Sam’s Club’s 10 dollars an hour. Supervisors make 27 dollars an hour. We also have excellent health care that is about 40 bucks a month that covers everything. I think we do not need advertising because word of mouth spreads fast. People like shopping here and we like working here.” Costco is also closed for all major holidays. While working at Walmart, I had to work on Thanksgiving day. I missed dinner with my family. Costco employees are at home with their families. The store also opens at 10am and closes at 8:30pm (or 6pm on the weekends). While taking my training for this job, I had to read through Costco’s employee handbook. The 6pm closing time would sound like a huge loss for potential sales. Costco views the 6pm closing time as an opportunity for the workers to have a little fun on the weekends. The handbook stated that this job would, “give you back your weekends!” Costco really cares about its employees and it shows in how willing they are to help and how upbeat their workers are.

Since Costco is buying their products wholesale, it keeps their prices low. What keeps their prices even lower is that they only carry one brand for each product. I was dumbfounded when Dave told me this, “We only carry Heinz ketchup. For almost all of our products, we only carry one brand. With our store being so popular, companies will sell us their products for next to nothing so they can be on display in Costco. They pay to take that one available spot. This keeps our prices the lowest.” The low prices are obviously good for customers, but it helps the lower class. Even though the average income for a family that shops at Costco is $100,000, a lot of lower class families shop here and buy groceries for the month because they prices are so low and they are still getting high quality food products.

I asked Dave, so how do you make any money? With small profit margins and losing profit, even with cut backs it seem impossible to be sustainable. Dave explained, “We make almost all of our revenue from selling memberships. That $60 dollar card they buy each year keeps our doors open.”. After researching into his claim, I found that 70% of Costco’s operating income comes from memberships. Robin Lewis from Forbes breaks down the membership system, “She is just one of the over 75 million ‘mainlining’ Costco members (and growing at a high single digit percentage rate annually), with an average annual income of $100,000, paying a $55 annual membership fee (or $110 for an executive level membership). Three million members a day enter Costco’s stores to get their fix.” She continues, “Not only is 80 percent of Costco’s gross margin and 70 percent of its operating income derived from its Costcoholics’ membership fees, Costco collects most of its profits 12 months in advance, not at the eleventh hour of the fiscal year like most other retailers.”( https://www.forbes.com/sites/robinlewis/2016/02/16/costcoholics-costcos-113-7-billion-addicts/#23af6271f328).

Well, what is the impact that Costco has on a town? It is a positive for the town when a Costco is built. Each Costco store hires about 250 people. This will create new, good paying jobs for those in the community. The economy of the town or city will improve. With people traveling to the town to shop at Costco, it can help other businesses as well. Ann Habor, Michigan’s newspaper wrote about a Costco being constructed, “Costco customers are willing to travel long distances to shop at discounted prices. The new store is expected to bring hundreds of people a day to the State and Ellsworth intersection — an intersection that already experiences traffic counts of about 3,500 cars a day.” (http://www.annarbor.com/business-review/top-5-economic-impacts-of-the-new-costco-store-in-pittsfield-township/) This new traffic would stop at other stores as well and help stimulate business. For towns that are undeveloped, Costco will help further, “Development often begets development. That’s how one local developer — who has plans to build a 15,750-square-foot retail center near the State and Ellsworth intersection — views the new Costco store.” (http://www.annarbor.com/business-review/top-5-economic-impacts-of-the-new-costco-store-in-pittsfield-township/).

Costco is a wholesale warehouse. It has a similar structure to other major retail stores such as Wal-Mart or Target but uses a membership system. Buying wholesale keeps prices low. This system opens up a unique business model.