Commitment for NO Polyethylen (PE) in Plastic Bags

PT Intera Lestari Polimer, formerly under PT Inter Aneka Lestari Kimia, is an Indonesian company who were manufacturing plastic masterbatches and polymer compounds since 1990, which later on in 2009 developed bio-polymer compounds. In 2011, they started to introduce biodegradable bags or biodegradable plastic bags to the local market. And currently they have ENVIPLAST® as a brand for bio-based pellets and film/bags. ENVIPLAST® is not a finished product, it is pellets which is bio-based plastic to be used for further production mainly for biodegradable plastic bags. They have manufacturing facility located in Balaraja, Tangerang that employed about 1000 people. It was started by innovation done by research team to find solution of plastic bags waste that predominantly become a key factor of plastic waste in environment, because plastic bags are usually used only once for packaging the goods and after that it’s thrown away. Plastic bags is manufactured by main component of polyethylen (PE), which is fossil-based material and can’t be easily degradable in nature, it takes years, even some plastic waste can take hundred year to be degraded. As fossil-based, polyethylen (PE) tend to have price increase in future due to its limited reserves globally. Plastic bags waste was the initiation to innovate in this company, their researcher team found alternative source of main component including technology process for making biodegradable plastic bags by replacing polyethylen (PE). It is bio-based component that easily biodegradable in months. Corn and tapioca are some main components to produce biodegradable plastic bags. Some other technologies being introduced in market to produce plastic bags called oxo-degradable product. This technology is still using polyethylen (PE) as a main component, however, with unique additive added on the process so that the plastic bags claimed can be degraded within a year. However, more research is still needed to conclude the health implication of oxo-degradable product to human being, fish and animal when degraded. It will be degraded to be micro plastic consist of polyethylene (PE) that can be absorbed to the body. PT Intera Lestari Polimer still consistent to use bio-based component in their product to support their innovation in reducing polyethylen (PE). 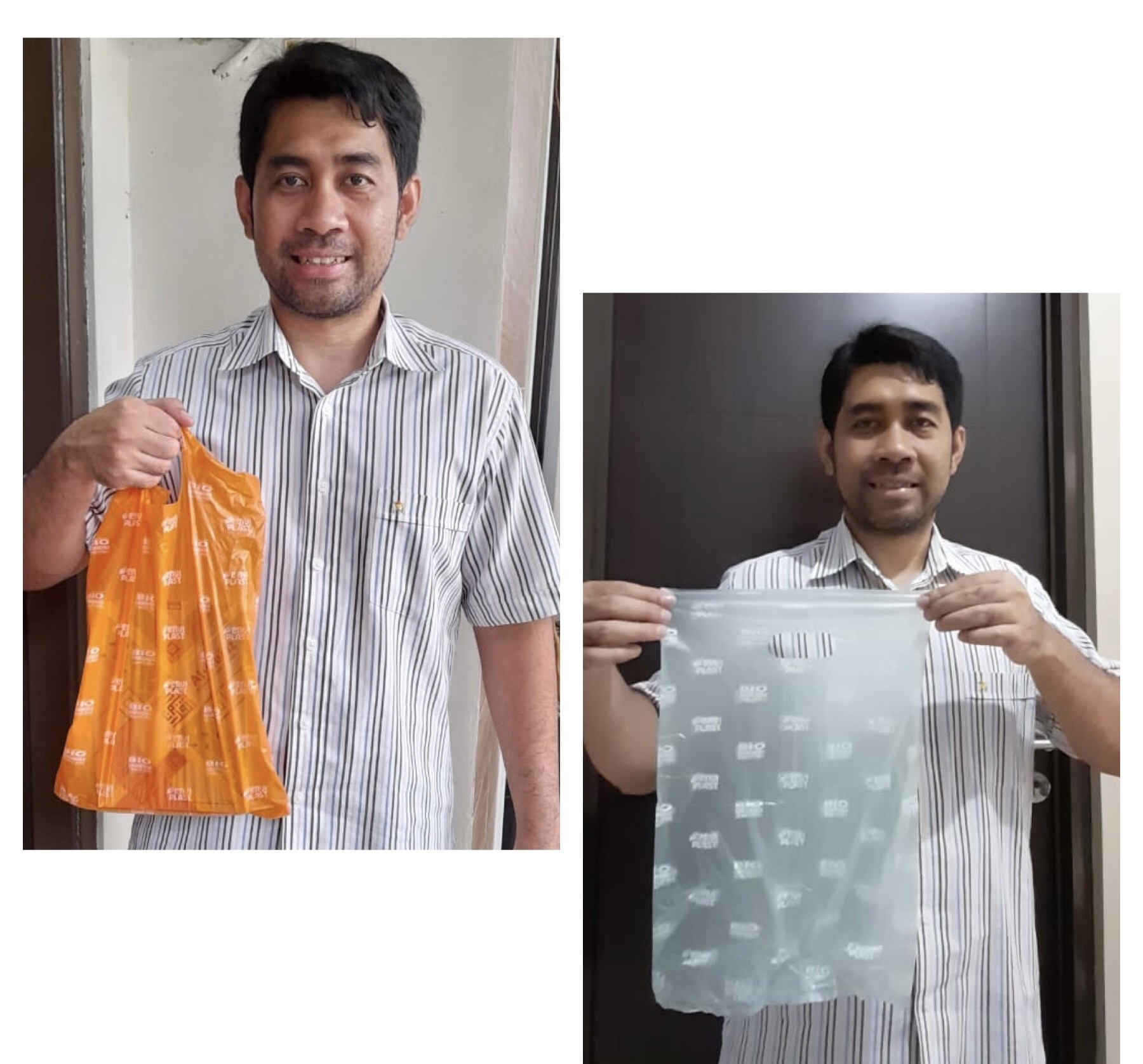 PT Intera Lestari Polimer, formerly under PT Inter Aneka Lestari Kimia were doing business on plastic masterbatches and polymer compounds since 1990, all these materials were fossil-based. According to Mr. Herman Moeliana, as President Director, he ever experienced of oil price increase since his involvement in this business that impact on polyethylene price as main component for the business, in the long run polyethylene-based plastic would be pricy and need to look at an alternative solution to replace this material through innovation. He knew that people realized impact of plastic bags waste for environment where need the solution of it. Mr. Herman Moeliana initiated his team to research and finally found technology to produce the product called ENVIPLAST®, this product was breakthrough for company and Indonesia, because it is pioneer for solution of green environment where no polyethylene substance in the product as well as opening new opportunity for better living

The company has had steady growth since its introducing of biodegradable bags or biodegradable plastic bags. Innovation of the business positively impact to the company where they are the only one company in Indonesia who are producing bioplastic without polyethylene (PE) substance. It is great impact on environment due to its capability to degrade in nature without forming any harmful derivative by-product and this product would change behavioral of society because the company educate society about this natural source and how to handle biodegradable plastic bags waste properly to enable being well composted in nature.

Shifting mindset of society and government about this innovation would be the short-term effect, and government’s regulation to enforce implementation of biodegradable plastic bags with bio-based would be long term effect to create the ecosystem. The concrete evidence suggests that this impact has occurred can be seen on behavioral of society who accept using degradable plastic bags on carrying goods in daily activity.

Business will continue to grow as it is when no disruption happened. Oil price increased and problematic of plastic bags waste going concern and disrupt the business. Innovation was done by the company made them breakthrough, innovation create new opportunity as well as value for the company while support society and environment for better living. The solution for plastic bags waste is available now, next action needs to be done is to build the ecosystem that involve all stakeholder including government as policy maker to make this opportunity being scaled up.

PT Intera Lestari Polimer being an Indonesian-based company provides solution on plastic bags waste. Their innovation opens up opportunity of the workforce for new employment in the company who are committing for sustainable business and environment. Biodegradable plastic bags would be shifting mindset of people and create opportunity to keep green environment. Support from all stakeholders are needed to create the ecosystem, scale up and also value supply chain from end to end. Value chain can be exercise starting from raw material supply chain (corn and tapioca starch) until collecting and handling biodegradable plastic bags waste on composting process. 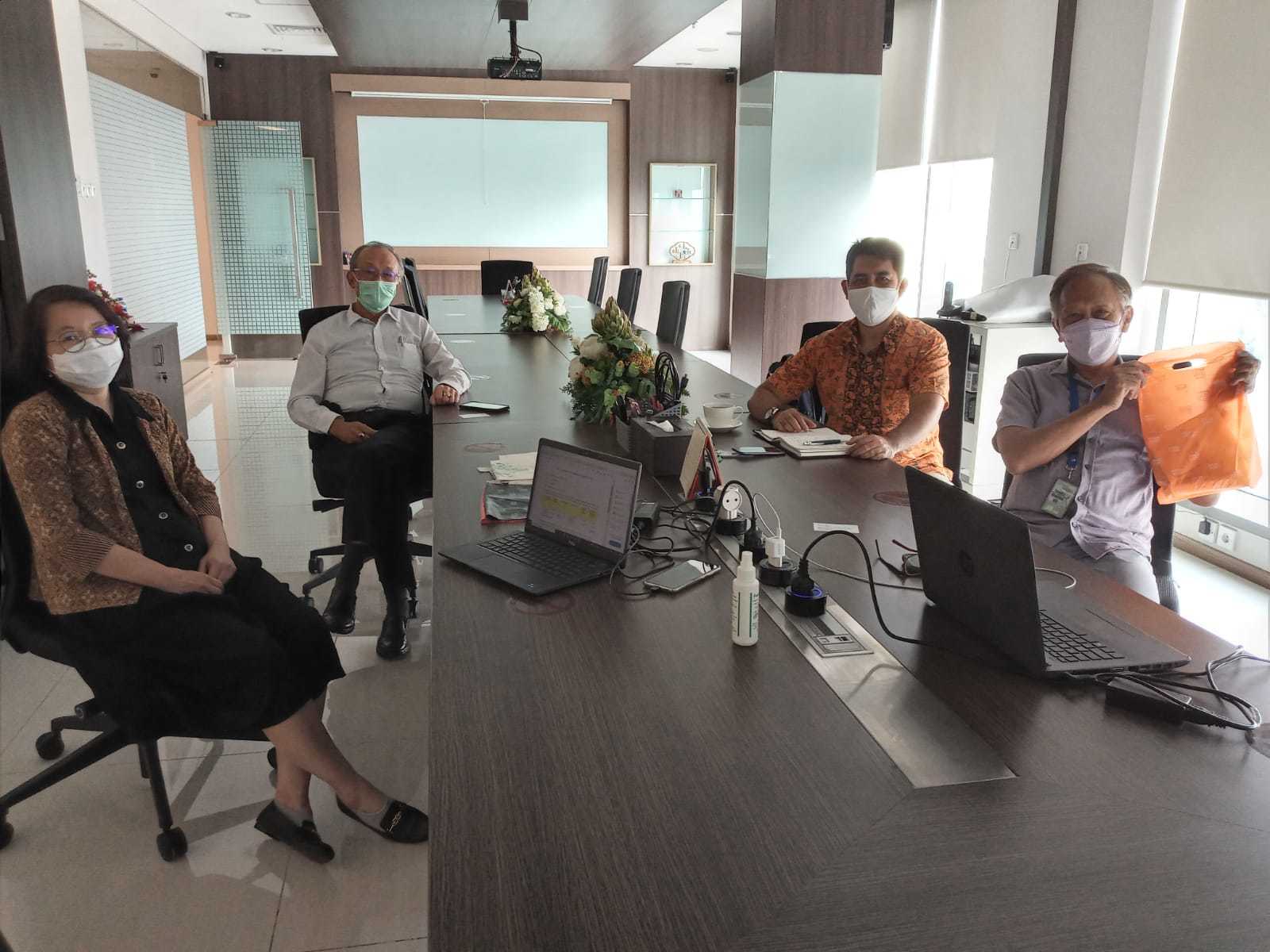 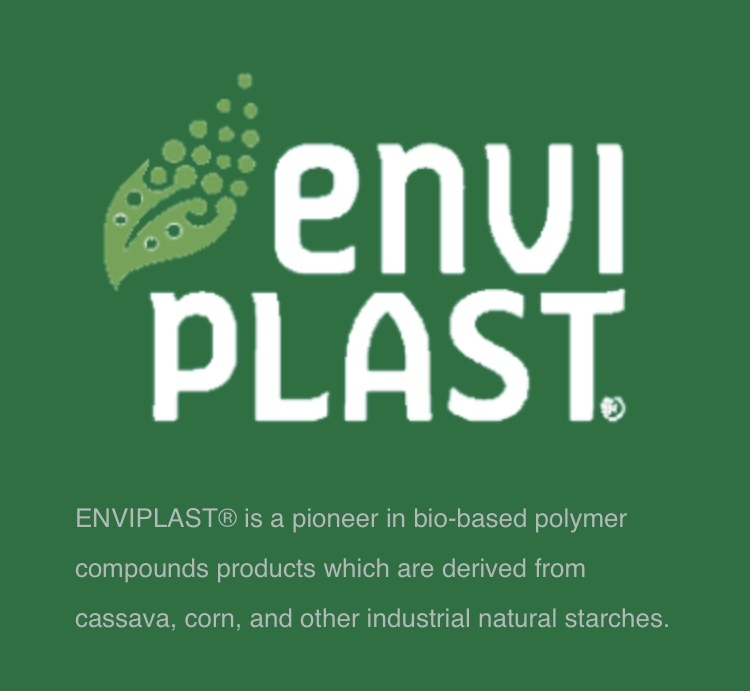