The innovation consists in collecting waste oil from restaurants and transforming it into biodiesel, which is eco-friendly and reduces CO2 emissions, with a very low investment.

In other countries this is a common practice, but in Mexico waste oil is widely used as livestock food instead for biodiesel, causing pollution and health problems to consumers.

Transforming waste oil into bio diesel may sound common, however in Mexico the situation is quite different that the rest of the world, where waste oil is used as food in livestock farming, and as has been shown in some studies, it is related to the propagation of the Bovine Spongiform Encephalopathy or mad cow disease among cattle because it contains infected animal’s residuals. For this matter, feeding farm animals with any kind of meat or bone meal is prohibited in all Europe – this includes waste oil.

Also waste oil is a very high pollutant for water: it takes only one liter of waste oil to contaminate up to one thousand liters of water. In Mexico is a common practice that the waste oil generated by people in their homes is thrown away through the sink without knowing the negative impact of this. People may not be aware of the damage they can make, therefore it’s quite important to make them conscious about it and make changes.

For these and more reasons, in 2015, Miguel León, an entrepreneur from Queretaro, Mexico, came up with the idea of collecting waste oil from restaurants and transforming it into biodiesel that is a much more ecofriendly fuel used in internal combustion engines, reducing up to 80% of CO2 emissions compared to regular diesel. For each liter of waste oil, a liter of biodiesel is produced. Also, the capital investment for this technology is quite low, so actually a lot of producers could emerge and decentralize production. 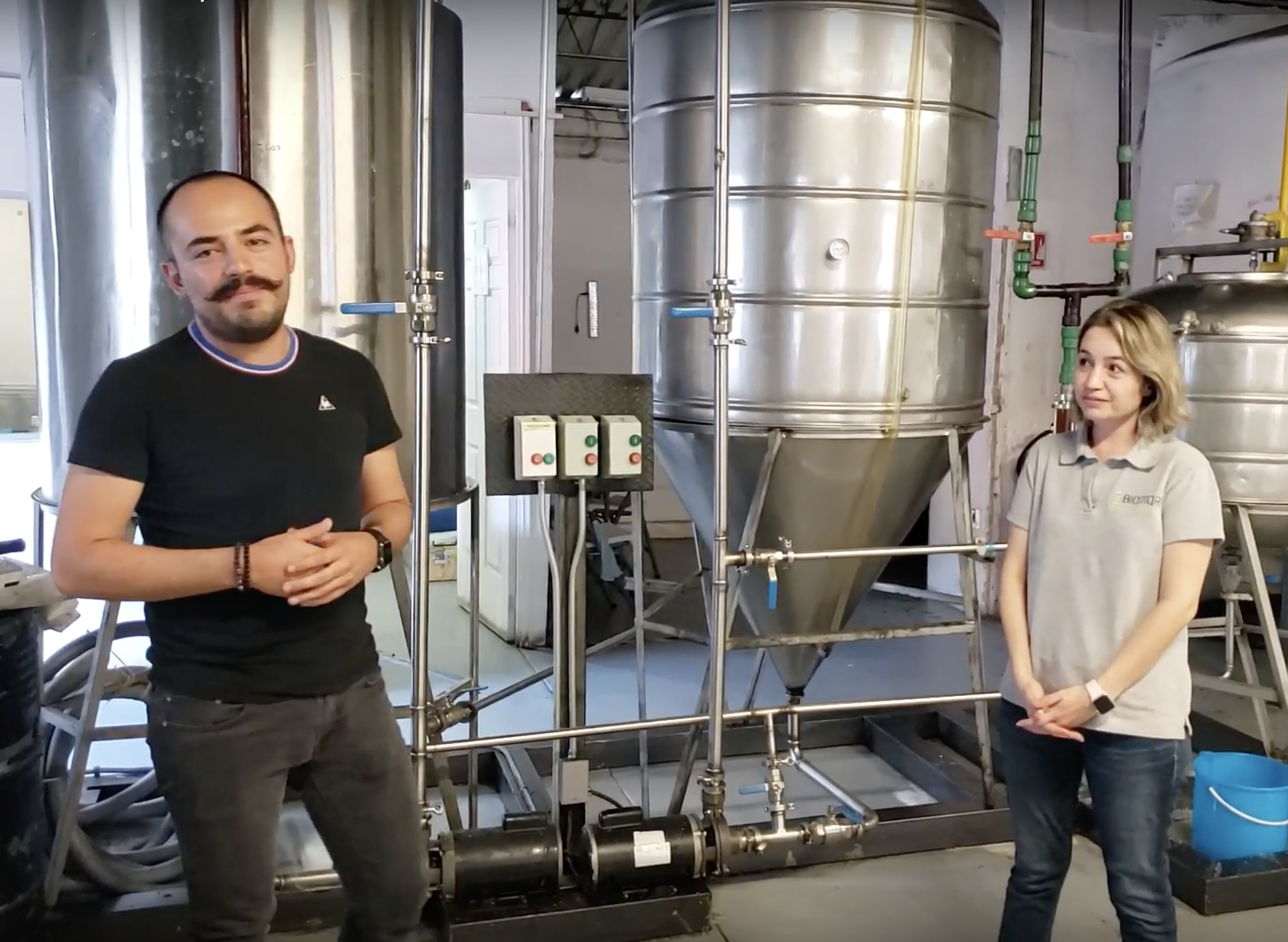 Miguel León was working in Kellogg’s plant based in Queretaro, in the supply chain process when he realized that his work didn’t make any impact and that he was only following an established process without making any innovation: “it was a bit frustrating that sometimes your decisions weren’t making any impact… I didn’t feel free actually”.

After 3 years of working there he decided to quit with the idea of making an entrepreneurship that could have an impact on the world. Right after two months of quitting Kellogg’s, as he was walking down the street, he found a man cleaning a sewer that had a very unpleasant smell. Miguel asked the man about that smell and he explained to him that it was the waste oil in contact with the water down the sewer that caused that smell; as he recalls: “it was then that talking to my sister we started to think about what we could do to help with all the damage that could have the environment”.

After this, they found out that biodiesel could be made from waste oil and all the benefits it could have. Then they went after restaurants, thinking that it would be easy to collect waste oil from them, but there were already many collectors of waste oil but they used it as livestock food, not for biodiesel. For restaurants, it was more profitable selling the waste oil to these collectors than to Miguel, as they told him: “livestock food collectors pay us immediately, you don’t, and we don’t even know what biodiesel is." That was a big challenge .

After all these challenges, they established BIODIQRO, and made alliances with the CANIRAC (Cámara Nacional de la Industria de Restaurantes y Alimentos Condimentados), and the Asociación Queretana de Hoteleros. With these alliances they were considered as official collectors of waste oil and many restaurants agreed on selling it to them.

In the short term, restaurant owners were reluctant to sell waste oil to BIODIQRO, but thanks to the idea of adding value to them they started to collaborate with Miguel and his company. This started to be profitable to BIODIQRO. The first impact in the short term was that now the restaurant owners care about the environment, as María José (Miguel’ sister) said: “the mindset has changed about the environment, back then it was taboo, people didn’t care if their oil ended in the sewer, but now they do care”.

In Mexico, the use of biodiesel is still very new, but thanks to the persistence of Miguel and María José, they made an alliance with the UNAQ (Universidad Aeronáutica de Querétaro) and now they are testing and using biodiesel in their engines. This was good news for restaurant owners, and BIODIQRO even gives them a certificate that shows with their waste oil biodiesel is being produced .

One of the main impacts has been with the government. In Mexico there are no laws that prevent using waste oil as food for farming. BIODIQRO is promoting the law of use of waste oil, that would enforce collectors to use it for ecofriendly purposes, this as part of the Law of Circular Economy that the Estate Government is discussing. Their main goal is set on three points: to promote the first national law of making biodiesel from waste oil; to make a local “collection day”; and to establish collection points among the city to also get waste oil from the citizens.

The main benefit for BIODIQRO has been the alliances that has made and the outcome they are having. They generated the first National Counsel of Biodiesel, to formalize the industry in the whole country. Also, they have made alliances with CONACYT (National Counsel of Science and Technology) and with the Ministry of Energy. Their next step is to go to the Mexican Senate and push politicians to establish fiscal benefits for companies who transform waste oil into biodiesel.

The main benefit for society and the environment comes in many ways. Society is now being conscious for the use of ecofriendly products, and BIODIQRO is being an agent for that. Thanks to the use of biodiesel, the negative impact to the environment is being reduced because of the CO2 emissions being diminished. Also, to the companies or restaurants producing waste oil, BIODIQRO is making them reduce their costs and making profit for them by paying for what they would consider as wastage.

In Queretaro, 80,000 liters of waste oil are produced every month, BIODIQRO is now collecting 20,000. The main goal is that all the waste oil generated be transformed into biodiesel, and not only by BIODIQRO, but by all the collectors.

Also they intend to increase the number of collectors and producers of biodiesel, because actually the investment is very low, and anyone can produce biodiesel, so if they can organize a community (with government support) and establish collection centers, and also offer incentives to producers, then the reduction of waste oil would be enormous and an impact for the environment much higher. An average person may produce up to 10 liters of waste oil per year. 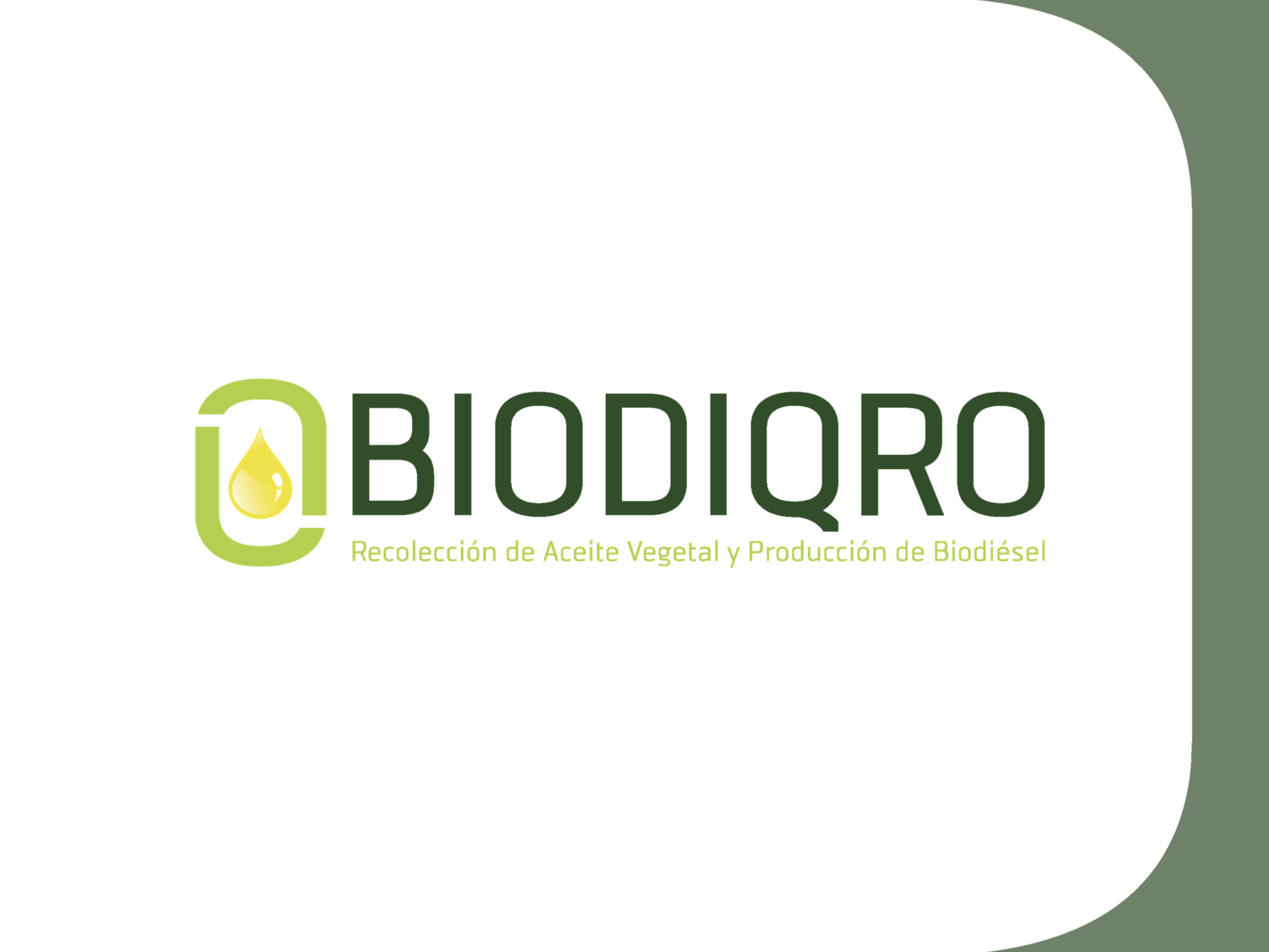 BIODIQRO is a company based in Queretaro, Mexico, that's mission is to create a more sustainable world by collecting and transforming waste oil into biodiesel.

In Mexico, waste oil is widely used as a livestock food, which affects cattle mental health, and therefore humans. As a fact, 1 liter of waste oil can contaminate even to 1000 liters of water. BIODIQRO promotes among all the collectors the transformation of waste oil into biodiesel.

Also, biodiesel is a much more environmentally friendly fuel, it reduces CO2 up to 80% compared with regular diesel.