Clean Energy from the Sea?

Catalina Sea Ranch wants to grow giant kelp off the coast of California and convert it into biofuel. Kelp is the fastest growing organism on the planet, it can be converted into bioehtanol and bio jet fuel fuels, it sequesters carbon dioxide out of the ocean and regenerates the ocean by mitigating ocean acidification. This is an opportunity to help California reach its goal to have 100% of its energy renewable by 2045 and to protect the environment that is being polluted by jet fuels that are increasing every day.

Phil Cruver is the CEO of Catalina Sea Ranch in San Pedro, California. Mr. Cruver has found 3,000 ocean acres off the California coast to grow giant kelp or seaweed and transform it into ethanol and other types of biofuel. Catalina Sea Works is working with Ginkgo Bioworks and large companies that have the enzymes and the microbial, the yeast that they engineer, which have the ability to take giant kelp and convert that into ethanol and other types of biofuels. Mr. Cruver's role is to find technology and market outlets, so he's working with various refineries, institutions, universities, that have the ability to convert kelp into ethanol and biofuels.

Giant kelp is the fastest growing organism on the planet and growing it in the oceans helps purify the water by lowering acid content and carbon dioxide. Since using jet fuel is extremely harmful to our environment, this is a major step forward in improving both ocean and air pollution. An international research project led by NASA in 2013 and 2014 found that using biofuels to help power jet engines reduces particle emissions in their exhaust by as much as 50 to 70 percent. NASA's data was collected on the effects of alternative fuels on engine performance, emissions and aircraft-generated contrails, or trail of condensed water, from an aircraft, at altitudes flown by commercial airliners. Converting giant kelp to biofuel in the United States, and possibly worldwide, would have a tremendous environmental impact. 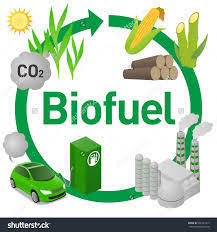 Phil Cruver, CEO of Catalina Sea Works, is inspired by helping the environment. He was first interested in growing live mussels in United States federal ocean waters off the coast of California. He wanted to lower the United States' seafood trade deficit while increasing mussel consumption. Mussels are an inexpensive and nutritious seafood that help the ocean environment, a chief concern for the company. Mr. Cruver said, " I was the principal investigator on DOE grants on this. And we were willing to take this to the next step. We were learning to make sterile mussels and we were very innovative. But due to the FDA regulations, we were put out of the mussel business, so we have switched to seaweed." Mr. Culver is extremely passionate about helping the environment. Converting giant kelp to biofuel would , "be extremely impactful environmentally. Because 3,00 acres of seaweed would be sequestering a lot of carbon dioxide out of the ocean and would mitigate ocean acidification." Mr. Cruver explains, "Airplanes and ships are the real devastation, the liquid fuels. By January 2020, The International Marine Organization has put restrictions on polluting sulfur coming out of the big ships. They cannot come within 20 miles of the California coast. So they have to do something with renewable fuel. The California public is taking a leadership role, not waiting for Washington, to convert into a sustainable renewable fuel environment. I’m doing it not to make money, I’m doing it because it’s a mission and it’s a challenge. Nobody else is taking the leadership or raising the money to raise kelp to convert to biofuels. That’s my mission."

We need to replace non-renewable petroleum based fuels with renewable fuels in our immediate future worldwide. Seaweed is a tremendous opportunity for that conversion. With respect to renewable biofuels and seaweed, Catalina Sea Ranch has researched and chosen 3,000 acres to grow seaweed. That would be extremely impactful environmentally. 3,000 acres of seaweed would be sequestering much carbon dioxide out of the ocean and also mitigating ocean acidification. Giant sea kelp is the fastest growing organism on our planet. Airplanes and ships are the real devastation to our environment by burning liquid petroleum based fuels. Starting in January 2020, restrictions by The International Marine Organization on polluting sulfur coming out of the big ships will go into affect. Big ships cannot come within 20 miles of the California coast, where Catalina Sea Ranch is located. So we have to do something about producing renewable fuel. The California public is taking a leadership role, not waiting for Washington, to convert to a sustainable renewable fuel environment. Mr. Cruver has been an Unreasonable Leader since 2018 supporting the 17 Sustainable Unreasonable Goals set by the UN. Phil Cruver is very passionate, and knowledgeable about developing a biofuel that not only decreases the negative environmental impact but actually helps improves our ocean and air.

Growing seaweed and converting it into biofuel is a tremendous opportunity for Catalina Sea Ranch, the United States, and worldwide. No one is currently implementing converting seaweed to biofuel in the United States, but, thanks to the Department of Energy, Catalina Sea Ranch now has 5 ½ million dollars allotted to them towards furthering this endeavor. Phil Cruver, the CEO of Catalina Sea Ranch, is raising the capital in the private sector as well and taking the growth capital to fund this project. Seaweed can grow rapidly and efficiently. It is a plant-based protein that can be converted into biofuel for ships and airplanes.

Since there is such an urgent need to develop environmentally friendly fuels like biofuels, the business is expected to grow in the future. As with any start-up company and innovative industry, new employees will need to be hired as Catalina Sea Ranch develops. They would need to hire people to handle the boats and grow and harvest the seaweed. The company will also need to hire people outside company to convert the seaweed into biofuel. As the company grows, Catalina Sea Ranch will create more and more jobs and revenue in the future while helping clean the oceans and provide a more environmentally friendly fuel.

Biofuels have an incredible amount of potential. This is especially true in California, where the regulations are all pushing toward renewable fuels. Seaweed is an incredible biomass. It is much better for the environment than corn, which provides 90% of the ethanol and is devastating to the farmlands in the Midwest. Plus, growing corn involves competing for land resources; for every acre of corn you grow, you’re polluting about 10 gallons of runoff water with insecticides, fertilizers, etc. On the other hand, seaweed, or giant kelp, is a biofuel stock, which cleans the air and the oceans, taking CO2 out of the water, and decreasing ocean acidification. Its ability to absorb carbon dioxide, nitrogen and phosphorus makes it a living purification machine that cleans up polluting chemicals discharged by farms, factories, and wastewater treatment plants. Catalina Sea Ranch wants to help California to achieve its goal to have 100% of its energy renewable by 2045. Catalina Sea Ranch follows the UN Sustainable Development Goals with the Unreasonable Group and has therefore followed the Paris Accords as well. 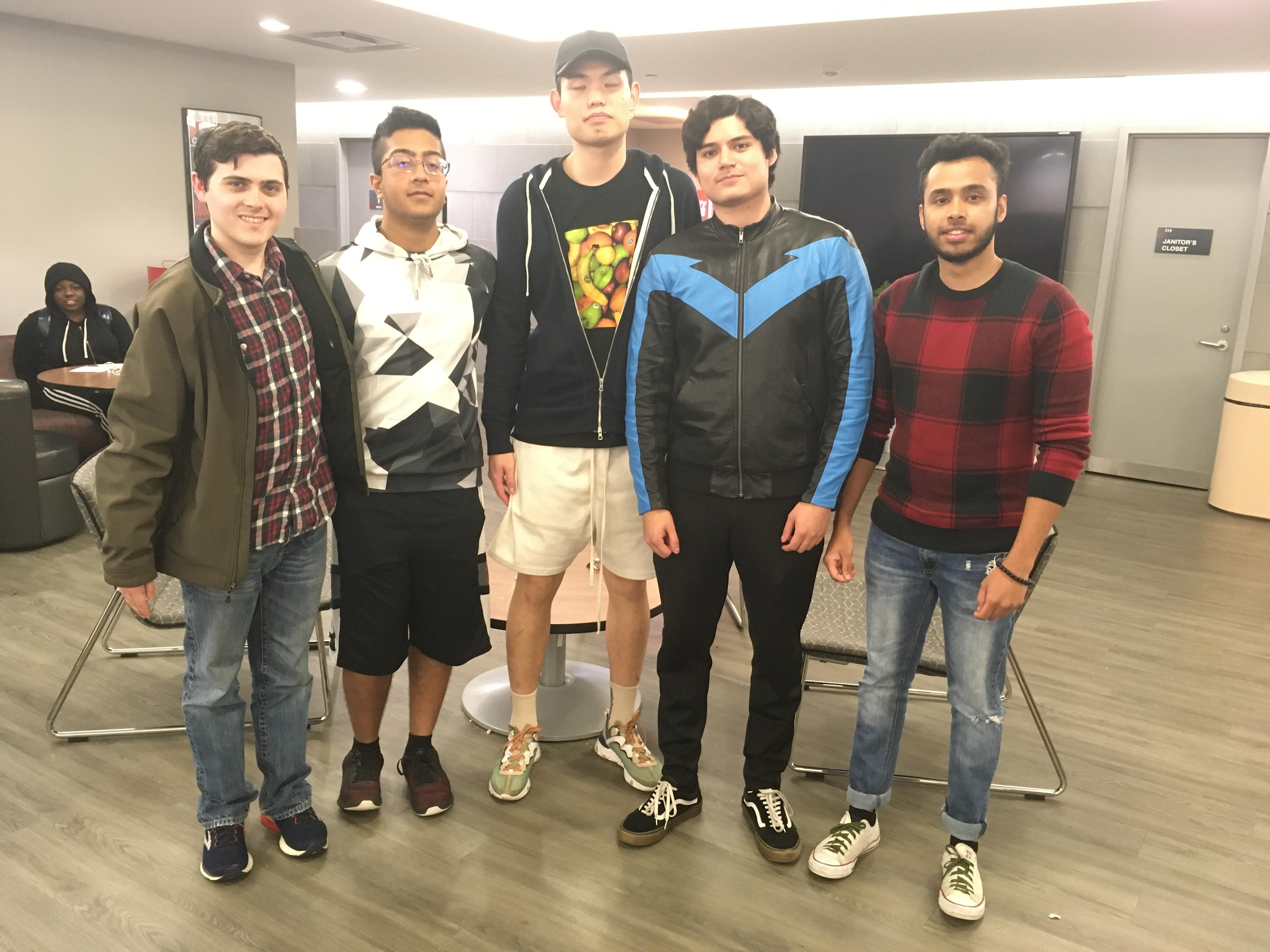 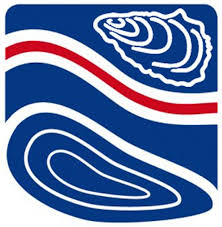 Catalina Sea Ranch is converting the biomass, using kelp, the fastest growing organisms on the planet, and converting it into bioethanol and bio jet fuels. Kelp sequesters carbon dioxide out of the ocean and lowers ocean acid content. The biofuel will help greatly improve air quality as well.