The business idea, called Arca, involves independent solar panels which are connected to a battery in order to generate electricity in individual households. This helps to solve the 7th and 13th Sustainable Goals as it will generate clean energy, and it will also decrease the greenhouse gas emissions. Finally, it is related to the 5th Global Goal, as it will provide new possibilities for people in these households and it will also reduce women´s workload by facilitating their access to electricity, something that will help to reach gender equality.

Solartia has created a device called ARCA that can provide electricity to rural and underdeveloped places where cables cannot reach. This was created at the beginning of this year and was tendered to the Colombian government just a week ago.

This device that provides green electricity from the sun pretends to substitute the old and obsolete forms that some Colombian villages have to obtain electricity. If the plan is accepted by the Colombian government, they will install 2000 devices in some of Bogota´s villages.

ARCA is a box or container that has a solar panel in the top of it. Inside the box which is placed under the panel, we can find a battery that stores energy, an anti-thief system that detects movement, a power transformer and more high-tech technologies that make everything work. The solar panel captures the sun light and transform it inside the box into electricity that goes to the hut. This devices have the size of half of a car an it´s price is around $4500 each.

This innovation has a total direct relation with the SDG´s. Firstly it can improve SDG number 7 by providing a totally clean energy to places where the only electricity they can have is provided by a diesel generator. Also, the price for the people that enjoy this energy will be just 1 dollar in order to ensure the care of the machine. ARCA also helps achieve SDG 10, by providing energy to people that can´t afford it in a good and modern way. This will reduce the electric inequalities that is in this country with more than 300 000 families that don't have direct electric access. Finally, the role of women is very limited in some Amazonian countries like Colombia. ARCA, by providing more energy to households, will help women to reduce the time they spend at home and focus on other tasks that will help them achieve equality with men. This means a direct improvement of SDG 5: Gender Equality 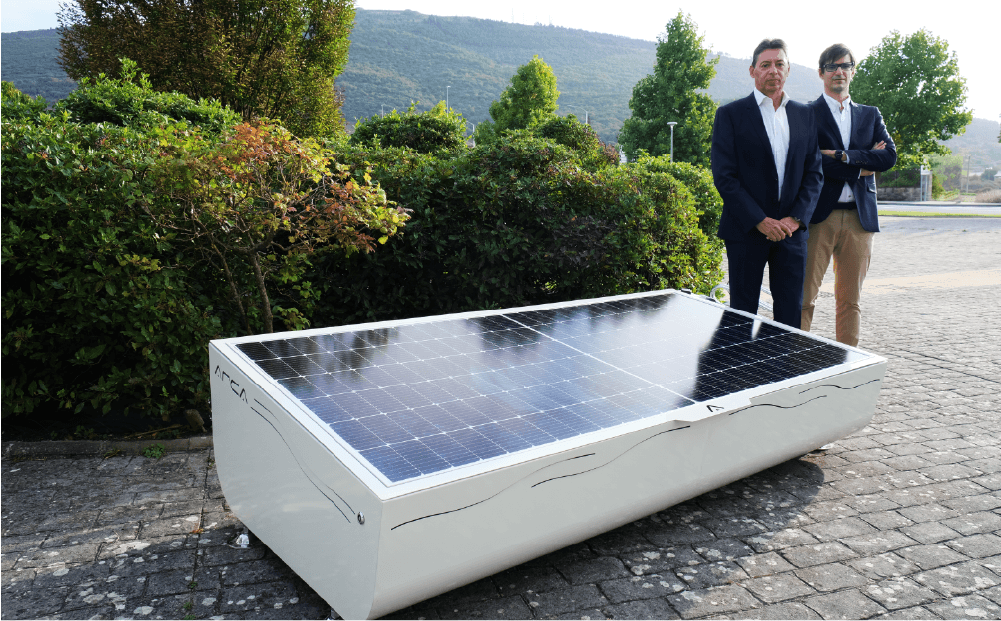 As Emilio Mendivil, Solartia´s Executive Director, said, "Inspirations do not come from one day to the next. Sleeping, no motivation, no effort... it never works that way. Opportunities are seen when you are out in the world and you detect needs, problems that you have to solve."

Their inspiration came after two years of being in South America. They realized that there were people living in marginalized places from society, such as Amazonian tribes or places of 4000 m altitude in Peru, which had no electricity. It is there where they saw that these people did not have the basic pillars for their proper development. And they were never going to have it, because there are problems with providing electricity to these places. Besides, they realized that some of them did have individual electricity, but they were conventional electronic devices which were very inefficient because the technology is not appropriate for the weather they had to endure. And in one year and a half, these systems stopped working because it was not the right solution for that particular place.

Emilio mentions, ‘’And it was by this way, as we were inspired by this project. Travelling, touring the world, observing society's needs and problems, talking to different people...and it was when we came up with this idea of designing a system of technology, to provide electricity to these places under the premise that never breaks.‘’

There are many beneficial effects that the innovation would create. Solartia is trying to provide electricity to 800 million people that still doesn’t have access to it. Giving solar panels to individual households which are located in extreme environments that are high in altitude, have a high rainfall rate or are extremely hot, they will be providing an opportunity to these people by giving them electricity and allowing them to have a better quality of life. This project may be carried out in Colombia, if the government accepts Solartia´s proposition. It would consist in providing two thousand devices to poor settlements in Bogota. It would be a start to help the 300 thousand families that don’t have direct access to electricity.

First of all, in terms of helping the environment, therefore getting one step closer to achieving the SDGs, using solar energy will reduce gas emissions as well as the carbon footprint. This means that the energy will be sustainable. Another long-term effect would be that even though it is expensive to create a solar panel, once it’s operating it will be cheaper as it is a low maintenance source of energy. It’s also a reliable source as the panels are expected to last more than 7 years and have batteries that store energy up to 4 days in case there is a lack of sun.

There are some social factors that will improve as well. By providing electricity to indigenous people, it could create new opportunities for women in these societies. They tend to be in charge of cleaning and cooking, but by having electricity they could have more free time, and be incentivized to create their own micro businesses and generate more income. Also, another important factor to consider is that the quality of the education and health they receive could also improve. The solar panels would give people access to the internet, allowing them to be more informed and cultured. In addition, this panels would be connected to each other, allowing them to increase the communication with the closest hospitals in case of any emergency.

As a private company they plan to obtain benefits in the following way: they want to introduce this system designed by them, they want to provoke public contests from the governments of these countries, be able to access these contests, win them, and thus, in this way, these countries will pay them for their designed system.

They have presented their financial plan to the government of Bogota because Colombia is the largest and richest country in South America, with a lot of resources to finance it, so therefore, they have the money. And as a result of their presentation of the project, they have had a lot of echo and repercussion by all the televisions, newspapers... etc.

The financial plan that they presented, for the design of their system, was proposed in such a way to start to obtaining benefits in 2000 devices per year. They have invested money in technological development and now are waiting to win a contest to sign with the government so that the government will pay for the 2000 devices. And when you know that the government will pay you, you can go to the bank and ask for a loan for the creation of their system. So, the process in order to get the profit, is to present to the bank the business plan, which is solid and also secure since you have signed with the government, and the bank will provide you the money for your system.

The above innovation can benefit both society and the environment. First of all, by providing electricity continuously without periodic technical failures as was the case before, indigenous peoples can live in better living conditions. This improvement allows them to better integrate into the labor market, they can decide to set up their own businesses or carry out their own ideas with the help of the electricity we have provided. The fact that a community of almost 300,000 families can have constant, clean electricity is an unprecedented improvement for society as a whole. ARCA helps the integration and development of families in countries where they were at risk of exclusion. As Emilio stated in the interview, "In addition to providing electricity, we can make it possible for each family that has an ARCA to communicate with each other thanks to it (...) they can also use this energy for a small grinder or a sewing machine."

This shows us the inclusion that these families would have by being able to have the freedom to communicate or even to be able to manufacture products.

On the other hand, it will also benefit the environment and the ecosystem. As mentioned above, these devices will replace the old diesel generators which consume highly polluting fossil fuels.

ARCA is able to reduce the environmental and acoustic pollution of Colombian villages and shantytowns thanks to its totally ecological operation and its absence of noise in obtaining energy. 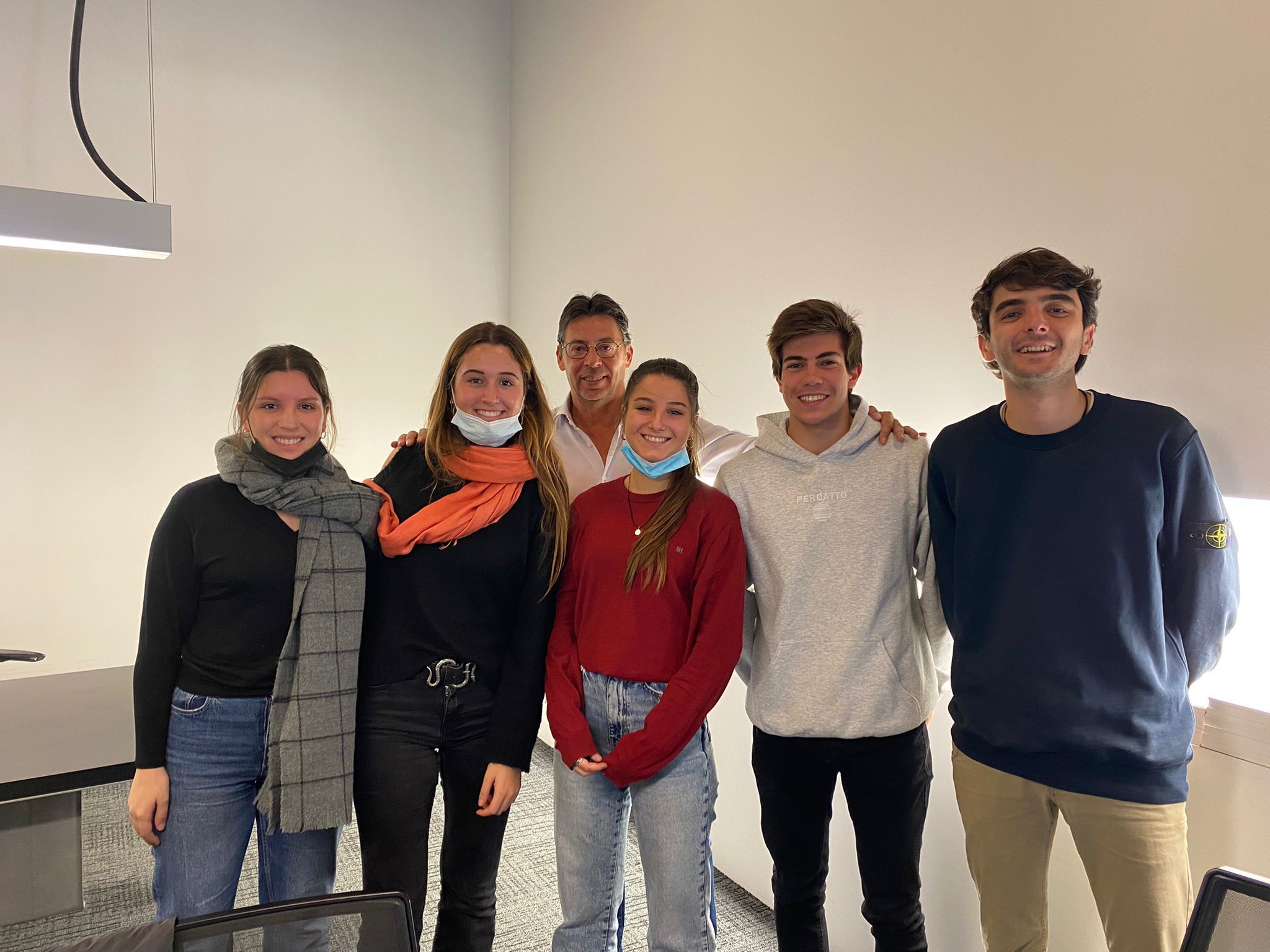 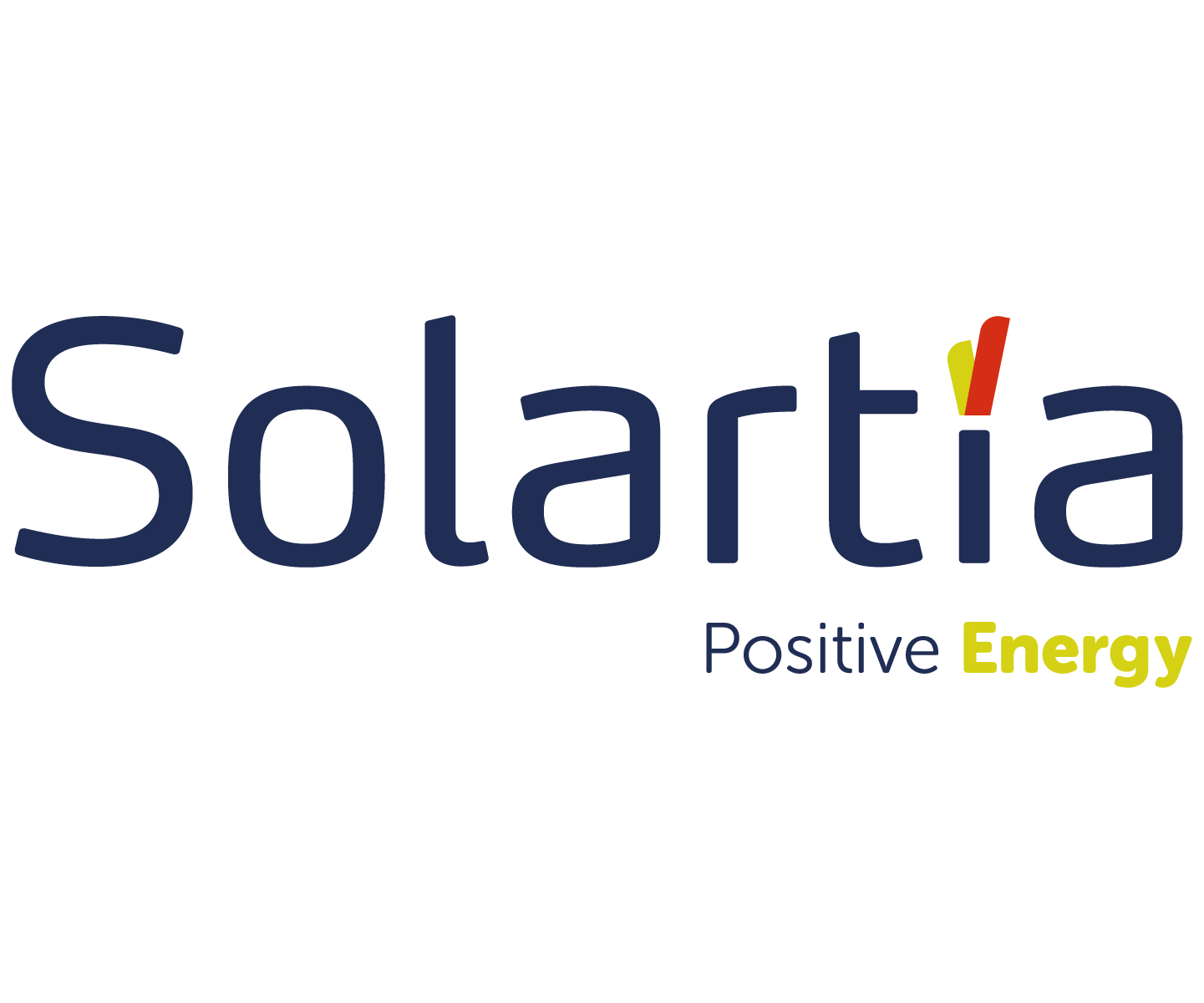 Solartia is a Spanish company that provides electricity through their own designed devices to places that experiment difficulties to have it in a clean or durable way.

This company submits plans for its projects to governments, city councils or to private companies. They expect to convince them in order to sell their products (in this case for this innovation, they are selling ARCA), but also to achieve a better world and society by providing electricity to people that have difficulties obtaining it.

Apart from making these devices, Solartia also creates their own patented technology and does many partnerships with other companies for developing products.