Changing the Way We Think About Convenience Culture

KeepCup is the world's first "barista-standard" reusable cup. It is estimated KeepCup users now save 8 billion cups every year, offering a "solution to a problem." This is a sizeable feat, with KeepCup contributing to a sustainable future in terms of SDGs that promote responsible consumption and production, preservation of life on land and life below water.

Coffee lovers would agree, the tantalising aroma of freshly brewed coffee ignites the senses, invigorates the soul and energises the body for action. Most coffee drinkers demand a good tasting coffee and now, many demand a better cup. A staggering 500 billion disposable cups are produced worldwide each year, along with other single-use plastics that end up in landfill, clogging our oceans and rivers, constituting a wicked problem for society and the environment. One organisation that has placed purpose before profit to address this problem is KeepCup. In an interview with KeepCup’s Sustainability Manager, Fabia Pryor proudly proclaims, “we created a solution to a problem,” ultimately defining a product category.

KeepCup’s cause or purpose is to reduce waste from single-use cups and more broadly, drive positive change from single use to reuse. It does this through a sustainable product that is “fit for purpose” – a cup designed for reuse, embraced by the baristas who make coffee and those who drink it. KeepCup is the world’s first “barista-standard” reusable cup, meaning it fits under the brewheads of standard coffee machines and replicates various disposable cup sizes. KeepCups are made from either polypropylene or tempered glass, whilst the bands are made of either silicone or cork. The design can be customised using bold colours, allowing for personalisation and co-branding. With a typical life span of 4 years and intended lifespan of 5 to 10 years as components are replaceable, all parts, except for the silicon band can be recycled. Committed to local manufacture for Australian and UK markets to minimise the business’ environmental footprint, KeepCups are produced in Australia and assembled locally for the US market. Sold in more than 65 countries worldwide, it is estimated KeepCup users now save 8 billion cups every year. This is a sizeable feat, with KeepCup contributing to a sustainable future in terms of responsible consumption and production, preserving life on land and life below water. 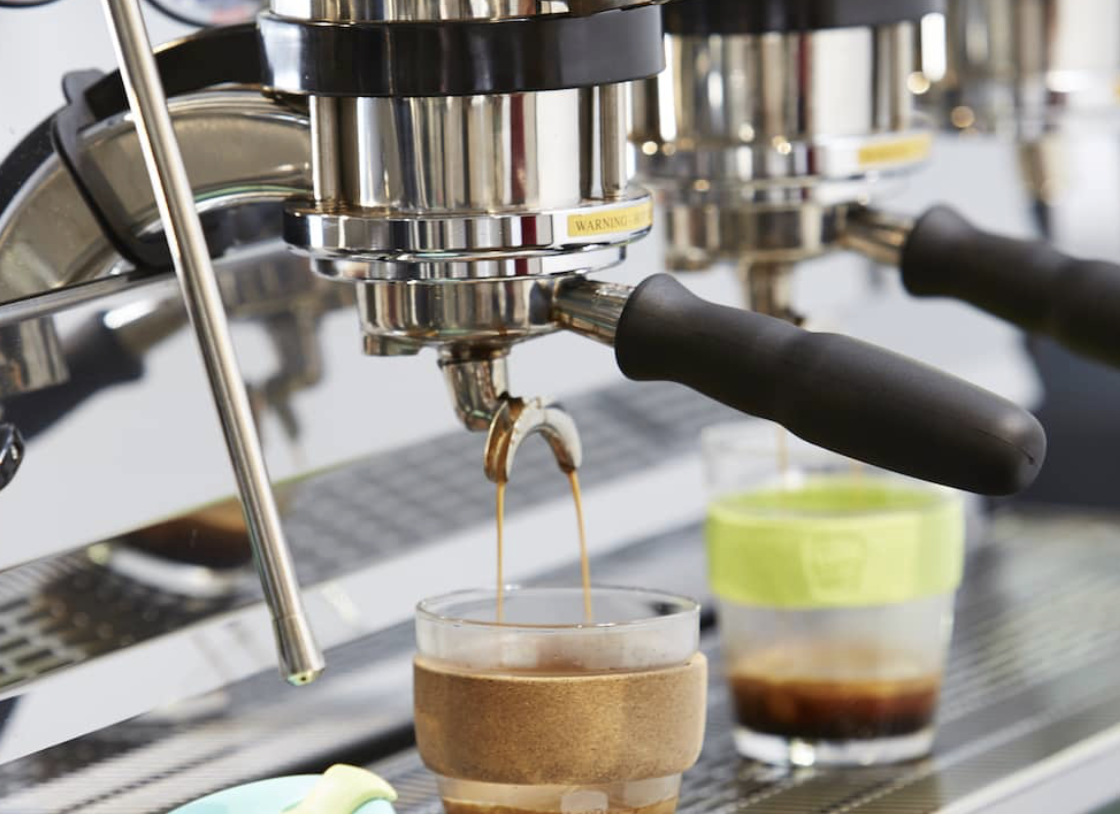 KeepCup commenced operations in 2009 when siblings, Abigail and Jamie Forsyth closed their Melbourne-based café chain, Bluebag after becoming disillusioned by the increasing volume of packaging, particularly disposable (and non-recyclable) cups used in their businesses. Uninspired by the reusable cup market (mostly thermos mugs), the siblings embarked on creating their own solution, working with industrial designers, tooling engineers and manufacturers. Fabia describes the siblings’ inspiration to kickstart behaviour change in an increasing convenience culture and the need to overcome initial uncertainty with consumers. At the time, many people did not realise disposable cups are generally, non-recyclable due to their plastic lining. Having established positive behaviour change in the mainstream, KeepCup is now solely managed by Abigail Forsyth CEO, alongside a dedicated team, growing the business from a small underground design market in Melbourne to offices and warehouses in Melbourne, London and Los Angeles. This connection to purpose continues to inform the business as the world progresses toward a circular economy.

There is no doubt, KeepCup has started a reuse revolution in Australia and more globally. Having recently celebrated its 10th birthday, KeepCup has instilled reuse as the new normal, changing the stigma of reusable cups to a positive intent for a sustainable future. Fabia describes this movement as created by people, whether individual “changemakers” (i.e. everyone who uses a KeepCup), businesses that choose to reuse, including cafes and corporations through their own CSR programs, promotional activities or internal catering and governments that legislate changes to deter or ban single use plastics. Fabia suggests this three-pronged approach is needed to eradicate single use cups and KeepCup is focusing on all three to drive the momentum for positive change.

Although the sale of KeepCups have soared, it’s not about sales in units - it’s about reuse rates. The website acknowledges that, “a KeepCup unused in the cupboard is part of the problem, not the solution.” To inspire change, KeepCup partners with customers and other organisations (e.g. cafes, speciality coffee roasters, Not-For-Profits, large corporates, events), helping them propel behaviour change with strategies/initiatives that make it clear reuse is accepted and celebrated, setting and measuring reuse targets to drive motivation, being respectful to consumer concerns and by celebrating success stories.

Expanding the business globally, KeepCup has established its presence in the UK, whilst building market share in the US. Now on a global scale, KeepCup is a shining example of business doing good and doing well. This is evident in Fabia’s comment, that KeepCup is “a mission driven product where sustainability thinking dictates how every business decision is made.” This is reflected in the product design, choice of materials and packaging, modes of freight, how the product is manufactured and even in the design of Australian and UK offices and warehouses (e.g. use of solar roof panelling). Another marker of success is that the business attracts the best talent. As Fabia states, “people want to work for an organisation that champions a better world.” As a certified B Corporation since 2014, KeepCup exemplifies a new model of business that successfully balances profit and purpose.

When Fabia describes KeepCup’s ambition to “champion a world where we have no need for single use cups,” she acknowledges society’s reliance on plastics for the production of commodities such as cars, phones and computers. In doing so, Fabia is mindful to make the distinction that, “KeepCup is not championing a world without plastic. We’re championing a world without unnecessary single use plastics. As Rebecca Prince – Ruiz, founder Plastic Free July says: It’s not a world without plastic, it’s a world without plastic waste.” A recent independent life cycle assessment conducted by Edge Environmental suggests, “using a KeepCup has the lowest environmental impacts compared disposable cups.” There is no doubt, KeepCups have the capability to shift consumers’ thinking about convenience culture, driving both environmental and social benefits. Partnering with Not-For-Profits such as Sea Shepherd and Oz Harvest and the global initiative, 1% for the Planet, where KeepCup donates 1% of global revenue to charities that support the environment and biodiversity, Fabia reminds us how “KeepCup helps us show the role business can play in shaping the future.”

KeepCup’s website describes the early days when “carrying a KeepCup was like being in a secret club.” Today, Fabia aptly describes “using a KeepCup is a symbol of the intent that you have for the world and in the world.” Consumer surveys suggest, “the majority of people (i.e. changemakers) see themselves as champions of re-use.” There is no doubt, KeepCup is changing the way we think about convenience culture. In a recent LinkedIn article (15 August, 2019), Abigail Forsyth describes disposable cups as “symptomatic of the underlying issue, a take-make-waste throwaway culture.” Fabia describes the next chapter in KeepCup’s story will focus more on advocacy, driving regulatory changes to deter or ban use of single-use plastics, such as bags, cups, straws, containers and cutlery. With legislation already enacted in some countries to ban such single-use plastics (e.g. France), legislative constraint can legitimise reuse, helping drive the momentum, ultimately to reach a tipping point in society where we can live in a world that is free of single-use cups. This vision is attainable as more and more changemakers across the globe join KeepCup in the reuse movement. As Fabia reminds us in an enticing tone, the tipping point is coming, hopefully sooner than later. 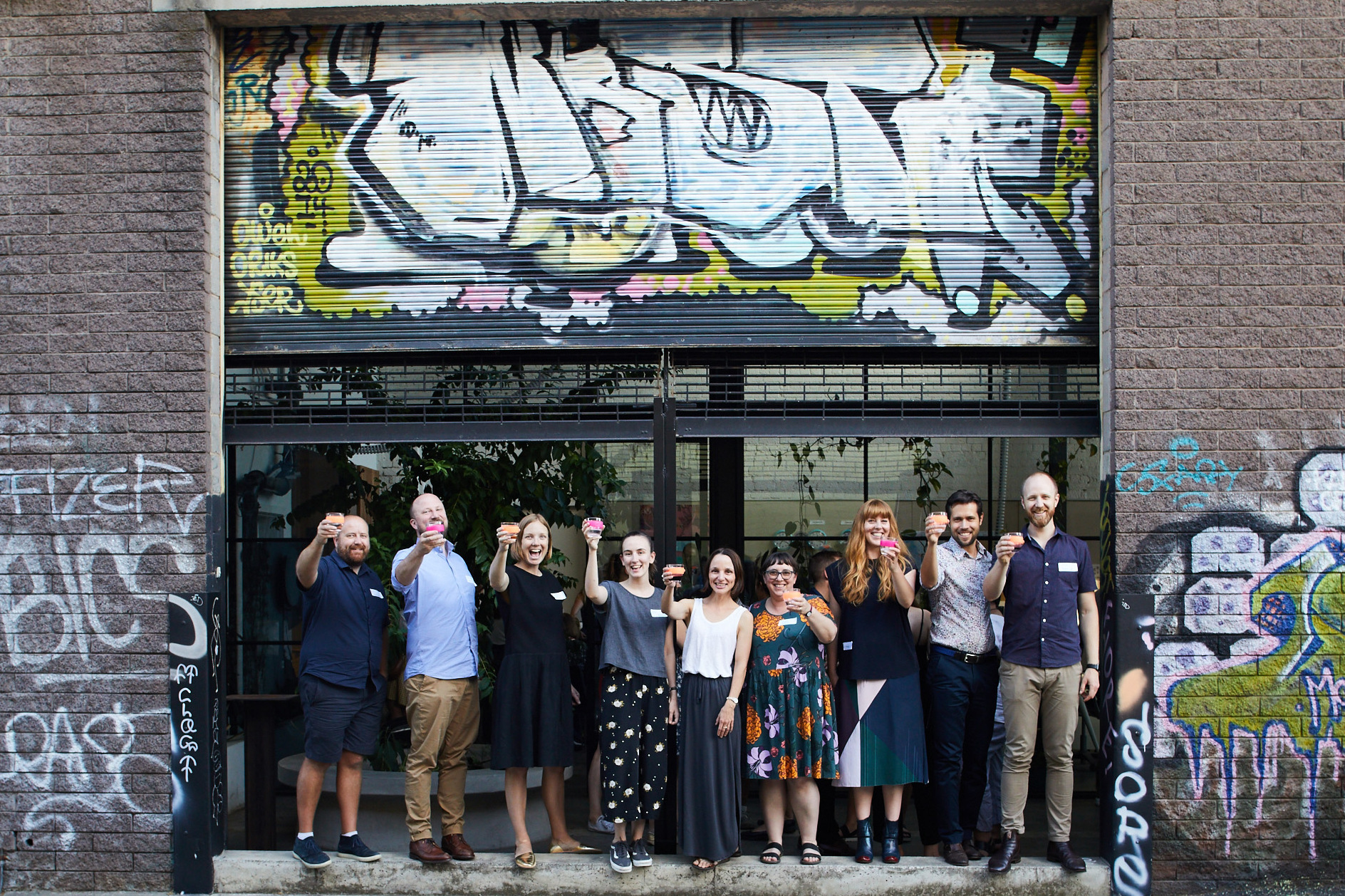 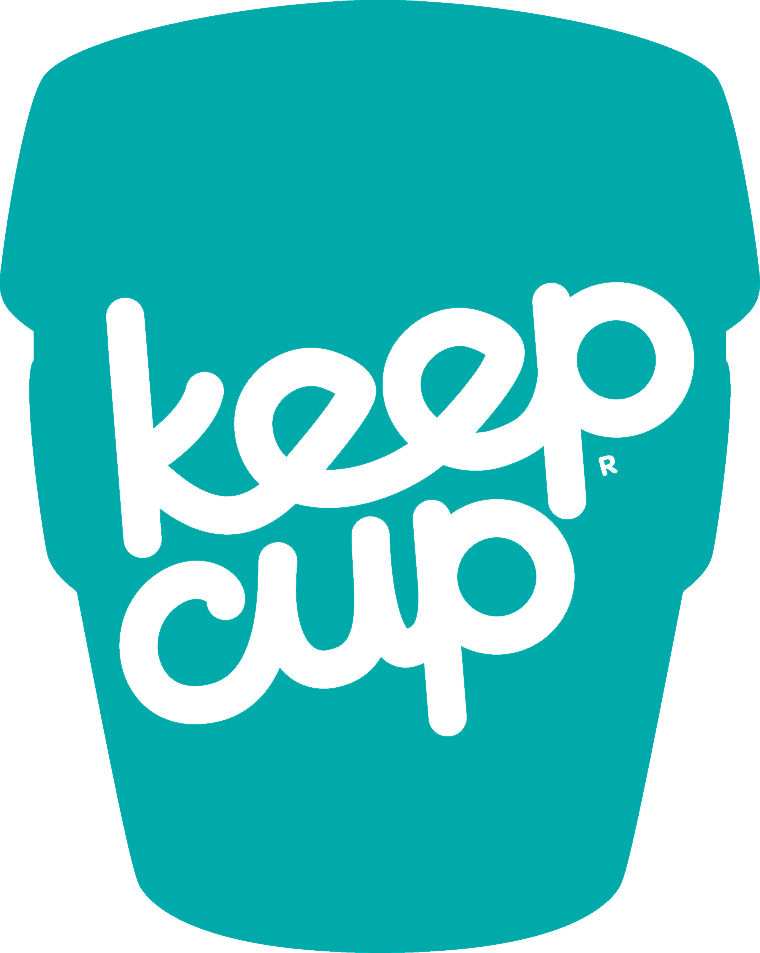 Disposable cups constitute a wicked problem for society and the environment. KeepCup is one organisation that has placed purpose before profit in creating a solution to a problem. KeepCup's purpose is to reduce waste from single use cups and more broadly, drive positive change from single use to reuse. It does this through a sustainable product that is fit for purpose and is the world's first "barista-standard" reusable cup. Sold in more than 65 countries worldwide, it is estimated KeepCup users now save 8 billion cups every year.