By using dried coconut leaves that are scattered around the neighbourhood, Mr Edi turns the dried leaves into what most people call a "lidi" or stick. Lidi is created by splitting the coconut leaves into smaller part or stick that have diameter approximately 0.2 mm. The innovation is done by utilizing a free gift from nature, the coconut leaves, Mr Edi can have a business running from scratch. What Mr Edi did can help to recycle what supposes to be unused material and organic waste into a profitable opportunity.

In most areas with many coconut trees, dried coconut leaves are very common things to be seen. In the area where Mr. Edi lives, there are so many coconut trees, and also its dried leaves that lie around it. By splitting the dried leaves into a smaller stick or what most people call it as "lidi", the transformed dried leaves give a lot of functions such as turned into brooms. But Mr. Edi, turn the lidi not only into brooms but also some kitchen and eating utensils, such as plates and jars. By using organic materials, some can reduce the usage of plastic or any inorganic materials, and also for some restaurants lidi plate helps them to reduce washing their plates and also reducing the usage of washing soaps. 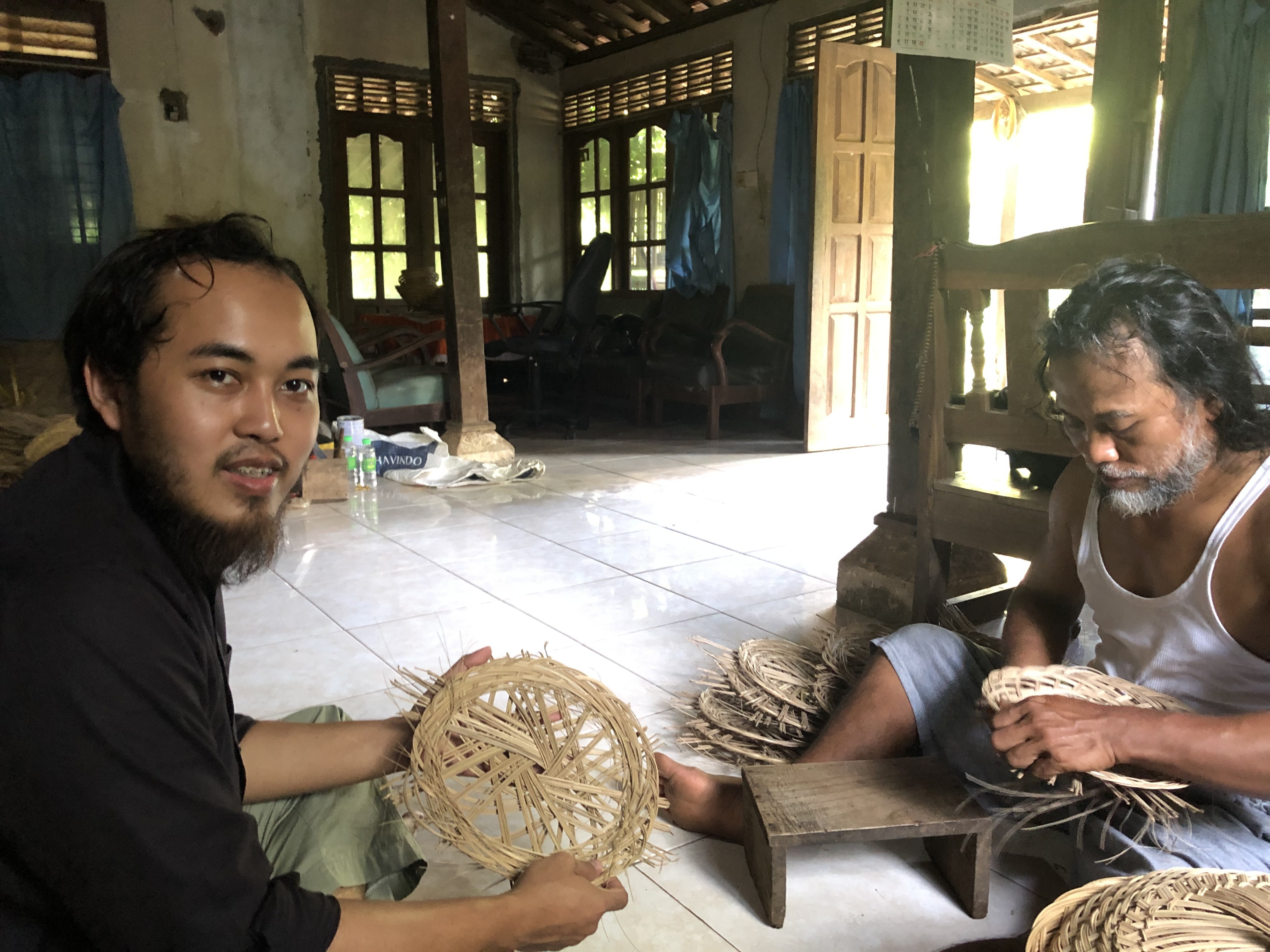 Mr. Edi (right) is creating plate by weaving the lidi.

What inspired Mr. Edi is the gift of the nature, which is free, is scattered around the area. "Why can't we use any of these?" said Mr. Edi. With almost zero cost to gather the main resources, he can turn it into something that has value to be sold.

There are many dried coconut leaves around, and the most common method to get rid of this organic material is by burning it. Because waiting the dried leaves rot to become natural fertilizer will take some time and the pile of dried leaves will be large and we desperately need to solve the problem. The solution is by upcycling the coconut leave into plate made of sticks (lidi plate). For the long run, not only restaurants but also the surrounding community can use the lidi plate or other lidi utensil into their kitchen. And for the restaurants, most people are getting smarter every day, they will also consider the usage of organic material instead of plastic as the plus point to the restaurants, as part of reducing the usage of inorganic materials.

The main materials is dried coconut leaves which is already available in the area. With almost zero cost to produce and gather the resources, Mr. Edi turn this opportunity into a business. Not only Indonesian restaurants that took interest into lidi plates, but also some International restaurants that support the usage of recycled organic materials are interested to use Mr Edi's creation.

The usage of lidi in most urban areas might not be very useful, but for people in the rural area, most of their daily tools are using lidi such as brooms. This invention is not only helping to reduce the organic waste of dried coconut leaves, but also the lidi creation can be used for the daily utensils in rural areas. 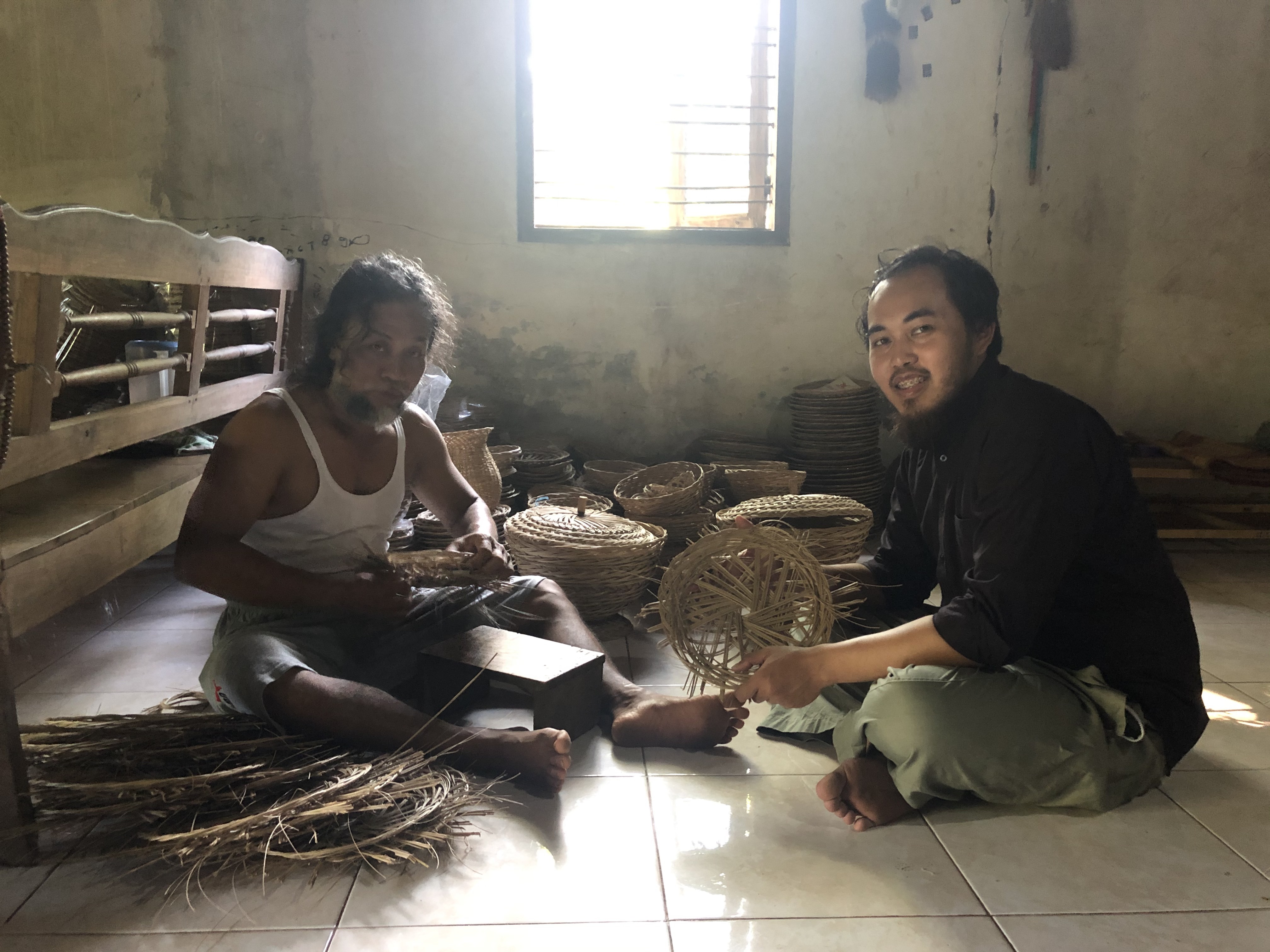 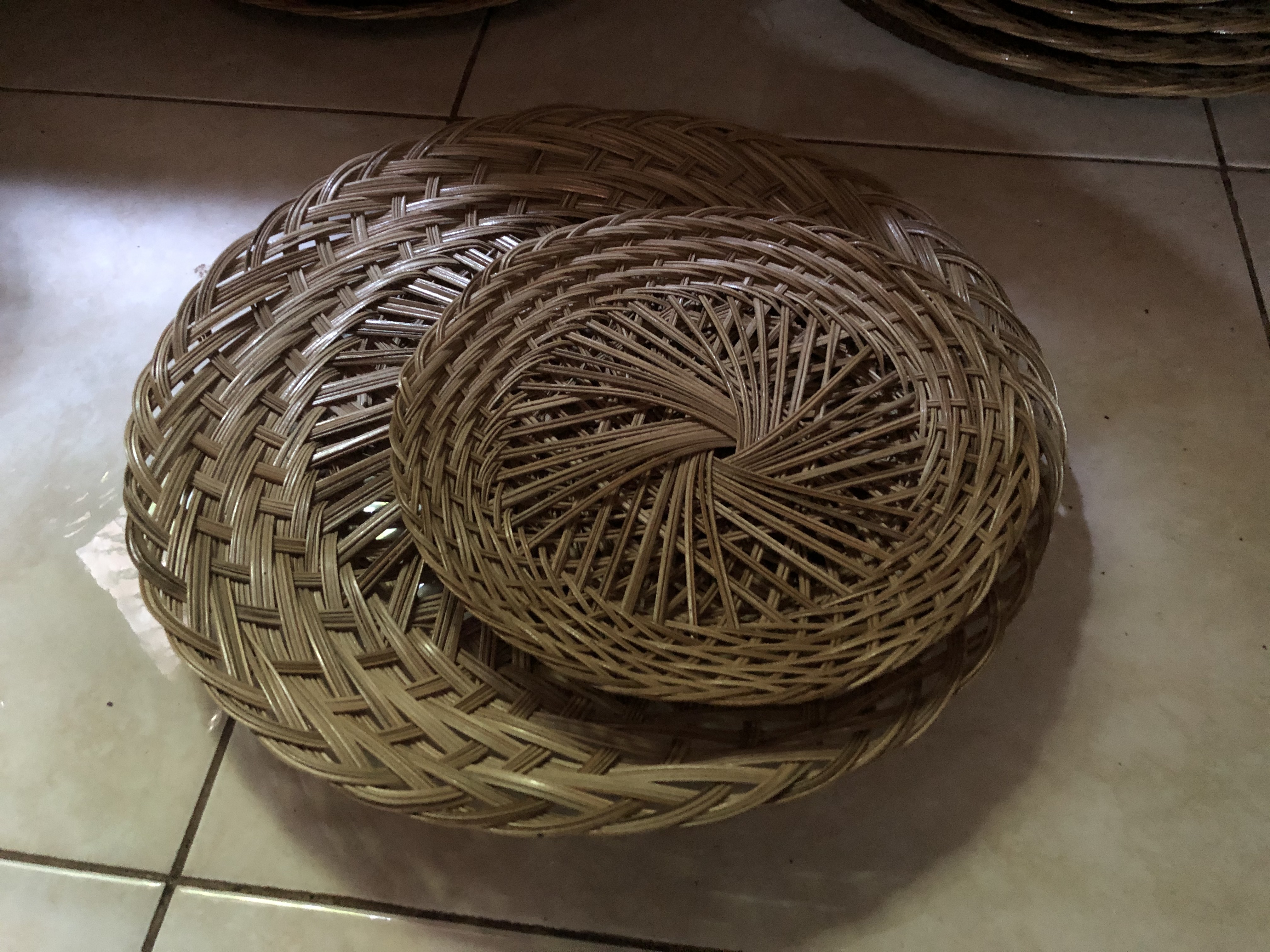 The business is all about utilizing what nature gives for all of us. By using the dried coconut leaves that scattered around the area, Mr. Edi changes what would be unused material into something that can be used as eating utensils such as "plate made of coconut leaves". Many restaurants who want to replace their plastic utensil or any inorganic material based are substituting into organic materials as part of the green material usage agenda.