The innovation is a renovated old building, which is used as a company building. The focus of the renovation process was on the energy self-sufficiency of the building through the use of renewable energies.

In the upcoming years, a large housing stock from the 1950s and 1960s will need to be renovated. This is a big challenge for the housing industry in Germany, which is also the case for firms. Generating electricity from renewable sources for its own purposes can and should play a major role, especially for a company, as a huge percentage of the overall pollution is coming from the energy sector. A key liability is to generate as much energy as possible through renewable energy sources in order to cut down energy produced by exhaustible resources. Therefore, via renovation of said buildings a large part towards that goal can be achieved.

The renovation concept of GAIA mbH for their company’s building is a prime example of how a renovating process with regards to sustainability can be achieved.

In 2012, the company was looking for a new place for their corporate headquarters. An important requirement was not to construct an entirely new building and therefore claim forest or grassland but to refurbish and rehabilitate an old building.

The company chose an old factory building (named “alte Kofferfabrik,” which was a factory producing suitcases) in Lambsheim, Germany, which has a dark political history and was originally built in the 1930s.

The plan of the CEOs was to rewrite the history of the building and create an energy-saving old construction. So they designed a concept that is both sustainable and energy-efficient.

About 1,900 solar panels were installed on top of the roof. The result is an output of approximately 65,000 kWh per year. On the opposite site it only requires about 60,000 kWh per year, resulting into a spillover of 5,000 kWh.

Also, the whole heating system has been changed. The roof was insulated and an air heat pump installed. The result is a 75% reduction in heating costs. 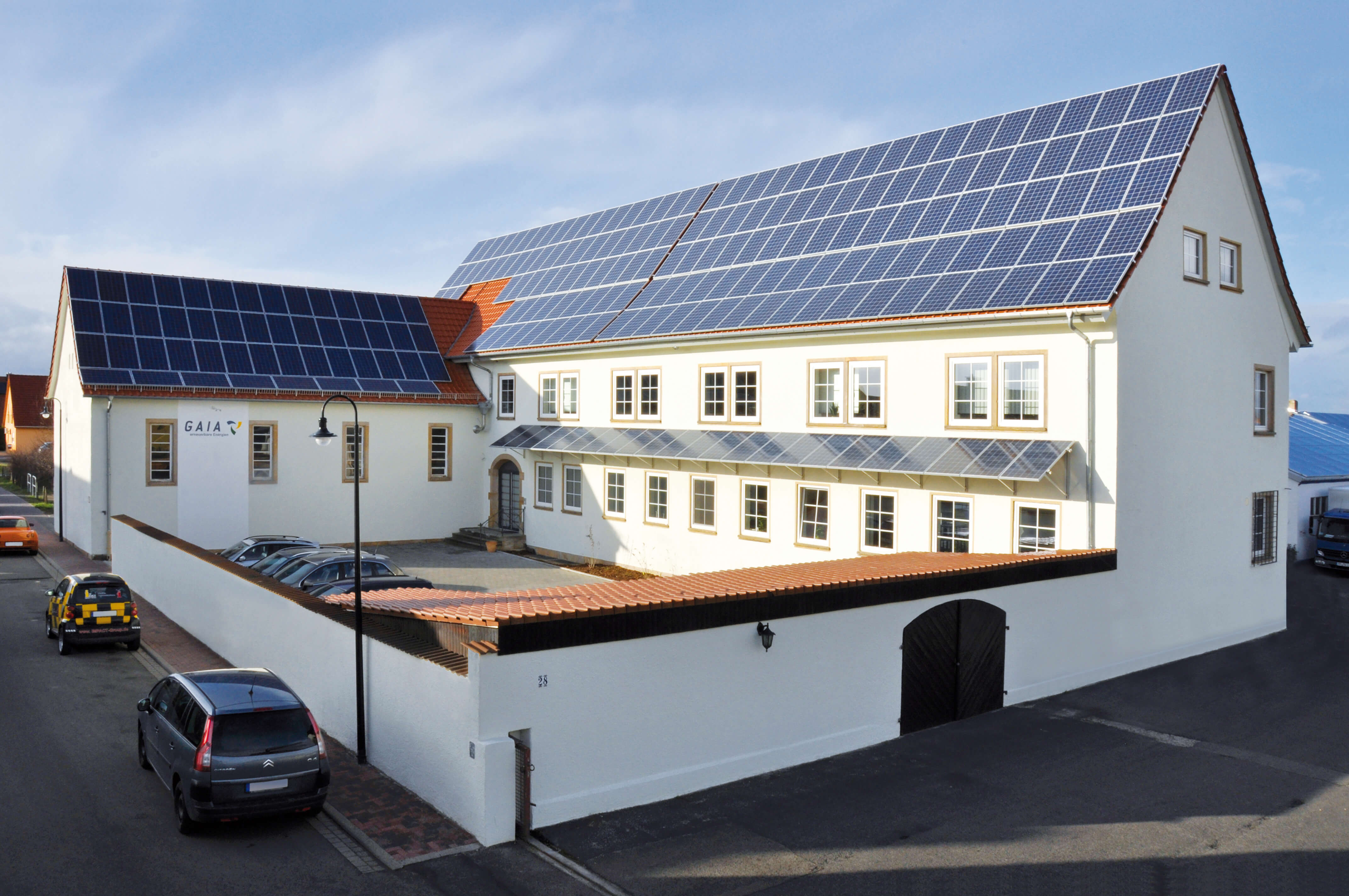 As industrial globalization is progressing, many new problems need to be addressed. Huge amounts of CO₂ and trash are released into the environment, thereby rapidly polluting our planet.

One of the CEOs of the company, Mr. Michael Wahl, said he did not want to create a new building but rather renovate an old one in order to save forest and grassland. However, the biggest reason for him was to show that it is possible for everyone to save energy and ground while reducing pollution and costs.

Key figures have shown that even though it is an old building, the company is still able to produce more energy than they consume (65,000 kWh produced vs. 60,000 kWh used per year).

The renovation concept of the office also serves as a showpiece for the company. Noteworthy are also several awards for their innovative concept.

With this sustainable office building, GAIA mbH not only shows its customers which possibilities exist in the field of renewable energy, but also that renovation and modernization measures on older buildings can be worthwhile.

In addition, the company would like to promote e-mobility and draw the attention of today's society to the advantages of renewable energies. That is why they have installed a public charging station for electric cars on their premises. There, cars can be charged within 15-30 minutes with "green electricity" generated by photovoltaics on the roof of the headquarters.

The energy-efficient and renovated old building offers cost savings in heating costs in the short term, but in the long term it gives the company the advantage of being independent of heating oil for the most part, because it generates electricity entirely from renewable energy sources. Thus, fluctuations in the oil and electricity price have no influence on the costs of the company and serve also as a source of income by feeding electricity into the public grid.

Besides obvious benefits for the environment, there is definitely a lot to be said about the impact on the business side as well.

“At that time, the building consumed about 18,000 liters of oil. I don't know exactly how the oil prices are at the moment. But that would have been costs, from then on about 15,000 euros, which would have been paid only for heating. Because we have rebuilt the equipment, the heating system only, it was not so terribly expensive. There we were at about 60 to 70,000 euros. And now we have only 5,000 euros in heating costs per year,” said Michael Wahl.

The new insulated building affects the required amount of oil for heating positively, which results in sinking costs. Equally to that, solar panels produce energy in such a way that energy running costs fall into disuse. In addition, an unexpected advantage has occurred:

“By using the heat pump to extract the air, the cellar has become really dry. It's actually so dry that you can store old documents, paper and stuff like that. Normally, if you store something like that in a humid environment, it will turn yellow and rot. And so this has been remedied. So this is an additional effect, since we can now use additional storage space in the basement," pointed out Michael Wahl.

The renovation also affects the external presentation of the company for potential customers in a favorable way. Naturally, people have more trust in a company that represents its sector (in this case the renewable energy sector) well.

The societal and environmental benefit of GAIA is mainly to show that it is possible for home and/or company owners to contribute towards sustainability by implementing similar solutions to their buildings. That way, the company is indirectly influencing people’s attitudes regarding the possibilities to do their part in order to protect our environment.

Obvious benefits are the reduction of oil usage and the use of renewable energy produced by their own solar panels instead of the use of energy manufactured by fossil sources such as coal.

As mentioned before, the office building produces more energy than required for consumption. The new insulation of the building has also drastically reduced oil consumption.

The GAIA mbH renovation concept shows that sustainability should also play a greater role in determining the location of companies. Thus, also old buildings with worse energy efficiency values can be an alternative to new buildings by investing in modern technology. The CEO of GAIA mbH confirmed this with his statement: "The alternative would have been [...] to design a new building on undeveloped land, which actually would not have been a great work of art. Maybe with prefabricated construction, because it's quite rational and cheaper to build. However, we also wanted to preserve the old building‘s substance and wanted to practically combine the good, the stable, with the new and the good. Like a marriage." 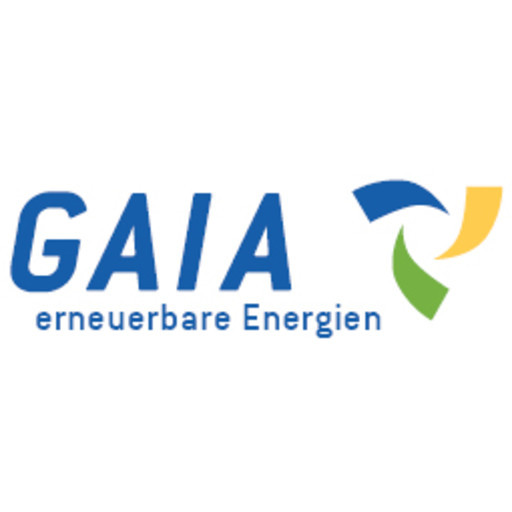 The company GAIA mbH is a prime example for people around the world when it comes to engineering innovations to preserve the environment. Their business model is creating individual engineering solutions for large and small projects involving solar and wind energy.