Founded in 2009, Recover Green Roofs is a design-build firm based in Somerville, Massachusetts, and an industry leader in rooftop green spaces, from rooftop farms to residential green roofs and amenity spaces in mixed-use buildings. Their work includes a large range of projects, from very basic systems made up largely of sedums to complex integrated living roofs filled with perennials and even trees. Recently, the company developed their Recover Aerated Media Module (RAMM) system, an innovation which allows for the construction of green roofs on buildings not initially designed to support additional weight, opening up thousands of structures to the possibility of green roofs. These systems also create new pockets of biodiversity in the urban environment by reintroducing or increasing the number of plant species such as maple trees, liriope, heuchera, lavender, grasses, sedum, and many more. The work Recover Green Roofs does aligns with at least a half dozen of the UN Sustainable Development Goals with an emphasis on Sustainable Cities and Communities (SGD 11) and Life on Land (SDG 15).

In concept, a green roof is relatively simple, all one needs to do is put some soil and plants on top of a building and let it grow. However, due to the increased structural load, a green roof building is complicated in practice. The roofs of commercial or residential structures are designed to support a minimum standard load in addition to any infrastructure intended to be placed upon the roof. This load is often referred to as the snow load and is intended to prevent the roof from collapsing under the weight of snow during winter storms. Due to this environmental factor, the standard load varies by building type and location.

Luckily, most of the year when there is no snow on the roof, there is plenty of available load which is unused. The company's Recover Aerated Media Module (RAMM) system is an option for the unused load. By creating a modular raised bed for planting, rooftop gardens can be easily assembled on any flat rooftop, used until the end of the season, and then can rapidly be removed in time for winter! These modules are a system of modular milk crates, designed to hold enough soil and nutrients to allow for a fully functional vegetable farm, all connected to a self-regulating irrigation system. The RAMM system allows for almost any urban rooftop to be converted into a seasonal vegetable farm which allows for a multitude of environmental, social, and economic benefits.

Rooftop farms have a wide variety of positive environmental impacts, such as decreasing the Urban Heat Island (UHI) effect, decreasing water runoff, and increasing the availability of local crops. Furthermore, the additional green space they create in urban environments is known to have positive psychological benefits as well as biological effects. The construction of this structure also reduces local greenhouse gas emissions by lowering the amount of heating and cooling necessary to regulate the temperature of structures due to heat absorption by the plants.

Recover Green Roofs also provides services for designing, building, and maintaining green roof systems within the structures of buildings themselves, which do not require the use of the RAMM system. This can allow for the planting of larger perennials, grasses, and even trees such as Birch and Maple. Without careful planning and expertise, this would be a near-impossible task. In 2019, a package of three bills from the New York City council ambitiously stated that green roofs should be mandatory for all city buildings, indicating a strong future for companies like Recover Green Roofs. 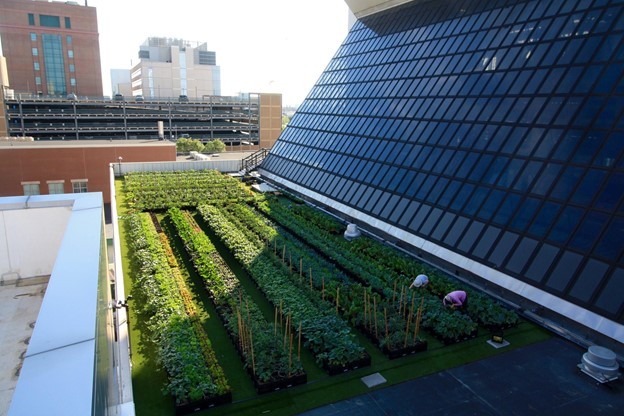 When co-founders Mark and Brendan set out to found Recover Green Roofs, they combined their passion for the outdoors and nature with the knowledge that urban farming and living rooftop construction was a budding industry in a virtually untapped and limitless market. While neither founder was available for comment, Marketing and Horticulture Manager, Leah Beckett, was able to give me insight into their personal reasoning saying “Mark and Brendan started Recover because they were passionate about sustainability, wanted to be outside working hands-on, saw that the industry was in its infancy and wanted to help shape it.” The company’s first project was the construction of a living roof on a carport for Mark’s parents and the company had its first commercial project later that year working on The Ledge Kitchen & Drinks’ rooftop farm. These would be the first of many projects for Recover and would allow them to push the boundaries of what can be grown in an urban area while also increasing the local biodiversity.

There are wide-ranging environmental and psychological benefits attributed to green roofs, including increased energy efficiency, reduced UHI effect, reduced rainwater runoff, increased biodiversity, and positive mental health impacts. While this may seem to be an extensive list, the range of positive impacts from a green roof can be explained by a look at the interconnected system of the natural world. Summarized heavily, sunlight is energy in the form of electromagnetic radiation that is absorbed by surfaces it contacts. When sunlight hits a plant it is turned into ‘food’ for the plant through photosynthesis but, when the sunlight hits inorganic materials, such as a building, it is partially absorbed turning into heat. What this means is that a green roof will take the energy that would have been absorbed by a traditional roof creating heat and turn it into energy for plants to grow, decreasing the overall temperature of the structure and reducing the temperature of the surrounding area. Additionally, green roofs reduce stormwater surge by absorbing rainwater, a process that can greatly reduce strain on stormwater infrastructure and prevent flooding of city streets. Each of these impacts can greatly improve people's quality of life in urban environments while simultaneously providing new opportunities. Furthermore, Recover Green Roofs' RAMM system allows for the spread of these positive impacts across structures not initially designed with a green roof in mind. Opening the opportunity to construct living rooftops across existing urban centers dramatically improves the scope of impacts RAMM can have.

The design, installation, and maintenance required to sustain a living rooftop can be a complex and expensive process, but Recover Green Roofs can streamline all of this work making it more accessible than ever.

Recover Green Roofs has mobilized the design, installation, and maintenance required to sustain a living rooftop, which is usually a complex and expensive process.

According to the U.S. General Services Administration (2011, page 64) “the average life expectancy of a green roof (is now)... 40 years versus 17 years for a black roof” and “green roofs installed on several federal buildings in the National Capital Region have not been replaced since their installation in the 1930s” proving green roofs to be long term roofing solution with a life expectancy far beyond a traditional system. The benefits don't stop there; the ownership of a structure with a green roof opens new doors for any business, from outdoor venue space in the heart of a city to urban farmland, and greater energy efficiency leading to cost savings. In a society increasingly invested in the health and wellbeing of the environment, adding green spaces can even mean benefits in worker retention, happiness, and enthusiasm.

The future is green, and it is clear that the construction of these types of green roof structures is going to be an ever-growing part of our cities for the foreseeable future. In less than a decade, Recover Green Roofs has worked with hundreds of clients and seen the rise of several similar companies, aiding in the biodiversity of urban spaces for people everywhere. Additionally, green roofs have become another tool in the fight against climate change due to their ability to mitigate impacts of the urban heat island effect, defined as metropolitan areas where the temperature is higher due to the concentrated amount of people there. Cities with widespread usage of green roofs can decrease their ambient temperatures by up to 5°F according to the USEPA, a difference that can mean massive savings in decreased electricity consumption for cooling and help mitigate the urban heat island effect. There is a clear correlation between positive temperature-related environmental impacts and the presence of a green roof however, there is also a direct connection to human health and wellbeing. The EPA also states that green spaces create human connections to nature and that “Such connections to nature have been shown to benefit human physical and mental health and productivity, and reduce blood pressure and hospital stays,” an impact that could save your life! 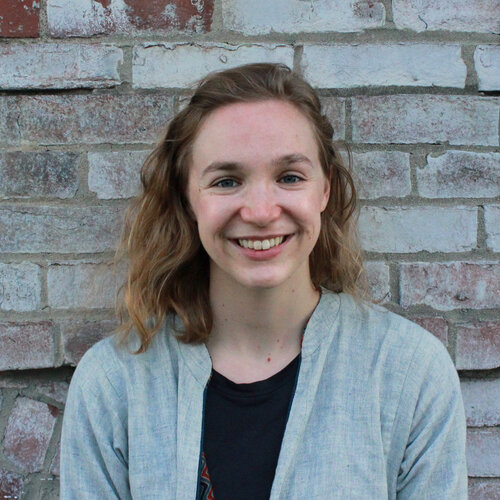 Founded in 2009, Recover Green Roofs is a design-build firm based in Somerville, Massachusetts, and an industry leader in rooftop green spaces, from rooftop farms to residential green roofs and amenity spaces in mixed-use buildings. Recently, the company developed their Recover Aerated Media Module (RAMM) system, an innovation which allows for the construction of green roofs on buildings not initially designed to support additional weight, opening up thousands of structures to the possibility of green roofs. The work Recover Green Roofs does aligns with at least a half dozen of the UN Sustainable Development Goals with an emphasis on Sustainable Cities and Communities (SGD 11) and Life on Land (SDG 15).