Sodexo Canada is looking to their communities to achieve their mission to end hunger, reduce food waste, and promote sustainable menu options. The company under the care of Davide Del Brocco and his team are taking Sodexo Canada on a journey to incorporate Sodexo's overall goals with community partners as well as working with Knorr and WFF on their Future 50 Food initiative, Stop Hunger Initiative, and their overall Better Tomorrow Goals.

Sodexo Canada is on a mission to implement the main goals the head office has laid out for the company in 2015 with their nine commitments launched in tandem with the United Nations Sustainable Development Goals. Davide, our lead innovator, has personally committed to implementing Sodexo’s global goals in Canada as the Sustainability Manager, Certified True Advisor. Working with the company’s global partnerships, he has helped to construct and lead the Future 50 Food initiative, Stop Hunger, and their overall build a Better Tomorrow Goals.

As a company, Sodexo has achieved a global presence, which has led to them serving hundreds of thousands of people every day. With their quality food services provided to companies, schools, universities, hospitals, and various other organizations, their services range from retail, digital food services, food delivery, and dining halls. Sodexo hasn’t just stopped here, though. They have noticed changes domestically and globally, and as Davide said Sodexo “has taken a step back to readjust towards substantial approaches, plant-based menu items, and new partnerships with Knorr and WFF to launch new recipes with Future 50 Foods.”

Sodexo Canada is a small part of a company with a global presence, which leads the world in 100 distinctive services. Achieving their goals occurs by aligning facilities management, food services, employee benefits, and more. Here in Canada, the innovations flow primarily around food services.

As Davide said in our interview “Sodexo is the largest organization no one has ever heard about.” While this might be true, the work Davide and his team have undertaken in response to the global pandemic are exactly the innovation the United Nation supports. In response to five UN SDGs 2, 3, 9, 12 & 13, Sodexo, along with their partners Knorr and WFF, are leading the world towards sustainable change.

Sodexo Canada has taken up new initiatives to incorporate the UN Global Goals. Reducing waste and providing superior services has always been a mission for the company; however, they have taken up the mantle to lead the world in ending hunger. While mission towards goal 2 of ending hunger is challenged with their Stop Hunger Canada initiative, more recently, during the early months of the Covid-19 pandemic, Davide and his team saw an even greater need and took initiative. Davide noticed that food was going to go to waste if the kitchens of Sodexo across the world closed down. So, he gathered his community to donate food to other local communities; an effort taken up by local Sodexo branches around Canada.

Their plant-based dining approach is another way they have delivered innovative approaches to ending hunger, reducing food waste, and reducing carbon emissions which further contributes to a sustainable future.

In their effort to manage food quantities responsibly, their new Wastewatch program uses smart sensors in kitchens to track food waste, even showing the resources used in each pound of food gone to waste. Globally Sodexo hopes to reduce waste by 50% by 2025. Through innovative waste programs such as Wastewatch, each Sodexo outlet is a contributing member. Focusing on Sodexo Canada, the present innovation has allowed the company to seek to achieve the overall prevention of food waste. In Antigonish, Canada, St. Francis Xavier University has changed its service method from self-serve-based, which has significantly reduced their overall food waste numbers. Davide noted, “Sodexo is about leading the world silently in the right direction, and the changes at universities are a big part of the education of the importance of such change.”

Through their roles as an employer, service provider, and corporate citizen, Sodexo has positively impacted individuals, communities, and the environment. 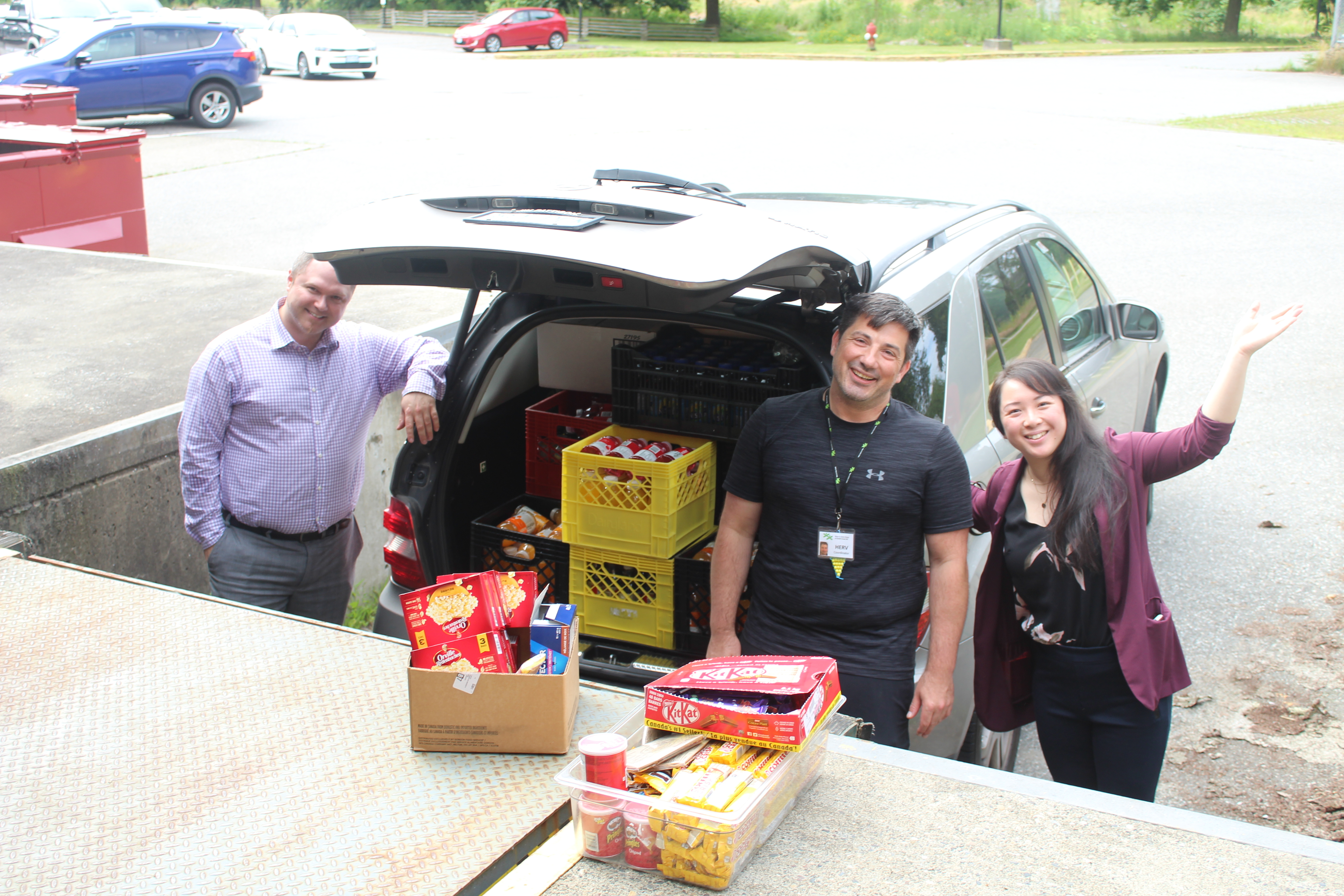 The inspiration for the innovation started with Sodexo’s global commitments, but in Canada is led by Davide and his team’s commitment to seeing the company’s goals through to completion. During the Covid-19 pandemic, communities around Canada needed more support when the world shut down and people faced challenges to access food. With the leadership of David and his team, the closed Sodexo outlets redistributed their abundance of perishable food products to as many various outlets around their communities. From March 20th until June 20th, Davide led an initiative to end hunger for the many communities around Canada. Initiatives like this are the foundations of Sodexo’s dream of working towards a better tomorrow. For Davide, this mission is the inspiration to “his continuous recommitment to his organization goals and his self-goals”. Davide notes this as how his inspiration for a better tomorrow evolved.

Sodexho's efforts to find ways to work towards getting food into communities in need and providing people with the necessary tools to create healthy meals through educating them is inspiring. The Webinar series on Sustainable Living through food delivered during the Covid-19 global pandemic was one of the efforts to educate people within communities. By providing webinars on topics such as zero-waste, diverting waste, and how to eat plant-based, Sodexo has been able to reach out to many people across Canada to educate and create awareness on the topic. Davide, the creator and communicator of the initiative, was able to work towards Sodexo’s sustainability goals in a troubling time because he knew “that everything was going to be okay, that the company and world were going to be okay.” Initiatives like these provide a support system that enables Sodexo to continue inspiring communities and the people within to minimize their waste and live sustainably.

Sodexo leverages their knowledge and experience in making their business successful and prioritizes it as their corporate responsibility. Aligning with the 9th and 12th SDGs, Sodexo has committed itself to foster industry innovation and infrastructure growth with their supports for employee training on sustainability and proper food service practices. Their connection to responsible consumption is seen in their Wastewatch program and goal of purchasing from local food retailers. They have committed 10 billion euros (approximately 14 billion USD) of their business value to benefit small and medium enterprises within their value chain by 2025. Investing in a more robust tracking system has contributed to increasing their business value, helping small and medium enterprises and improving their business activities.

With Sodexo having a significant impact on purchasing, the company recognizes that their industry partners must follow the legislative and company changes they wish to make. Whether it’s responsible sourcing or providing only suitable packaging for the food outlets, Sodexo is committed to aligning its business activities at all levels of the value chain to promoting sustainable living for all of those involved.

Amongst the innovations noted above, Davide said his biggest impact was a personal feeling of achievement knowing that the goals of the company were realistically impacting the people of his local community and communities across Canada. Sodexo Canada has donated over $100,000 CDN worth of food to those in need from March to June of 2020. Impacts like this help Sodexo in its goal to build a Better Tomorrow.

With their strong positions on impacting global climate change, reducing waste, and overall helping the earth, Sodexo on a global level has committed to reducing their carbon emissions by 34% by 2023 in support of the global objective to limit global temperature rise to 1.5 degrees Celsius.

Sodexo’s turn towards promoting plant-based meal options not only is an essential driver of carbon emission reduction but is also a stance on their commitment to inclusivity among their food retailers. Furthermore, Sodexo creates a culture of environmental responsibility by ensuring that 100% of employees are trained in sustainable practices. This helps create greater buy-in from all employees as they help contribute to organizational goals. Davide’s Zoom seminars focus on education, standards for sustainability, as well as how as consumers they can reduce their consumption and therefore reduce wasteful production.

Sodexo takes their knowledge and experience in making their business successful and prioritizes it as their corporate responsibility.

When it comes to the actual benefit for the business, Sodexo prides itself on knowing it is actively improving people’s daily lives. Their commitments to the UN Global Goals are centered on their responsibility to build resilient, sustainable communities that have a space for all who they serve. As a company, they see the innovation of employees, like Davide and his team, as central pillars of what they call Rising with Sodexo.

The benefit of their innovation is forever centered around their Better Tomorrow goals. For Davide, the benefit was a deeper commitment to the mission statement of the company and pride in “showing the world what Sodexo really does for its employees and customers.”

In response to environmental and social challenges facing the global community, Sodexo has made operational changes and set goals that align with the United Nations Sustainable Development Goals. Sodexo provides 100% of their consumer's healthy lifestyle options to reach the SDG of zero hunger and good health which includes plant-based options and has committed to having 100 million ‘Stop Hunger’ beneficiaries. Of the work being done in Canada, Sodexo has created an emergency fund to reach children in need during the pandemic with the Breakfast Club, urged by their single vision that no child goes hungry.

From an environmental perspective, Sodexo has been able to identify several areas for improvement and has implemented necessary changes. They have created innovative approaches to reduce overall food packaging and waste. They have altered their operations to reduce water waste and reuse water where possible and have committed to a 34% decrease in carbon emissions and a 50% reduction in food waste 2025. All of these initiatives and commitments that Sodexo has put into place collectively encompass the SDG of responsible consumption and production, allowing them to have a significant environmental and social impact on the communities in which they are operating. 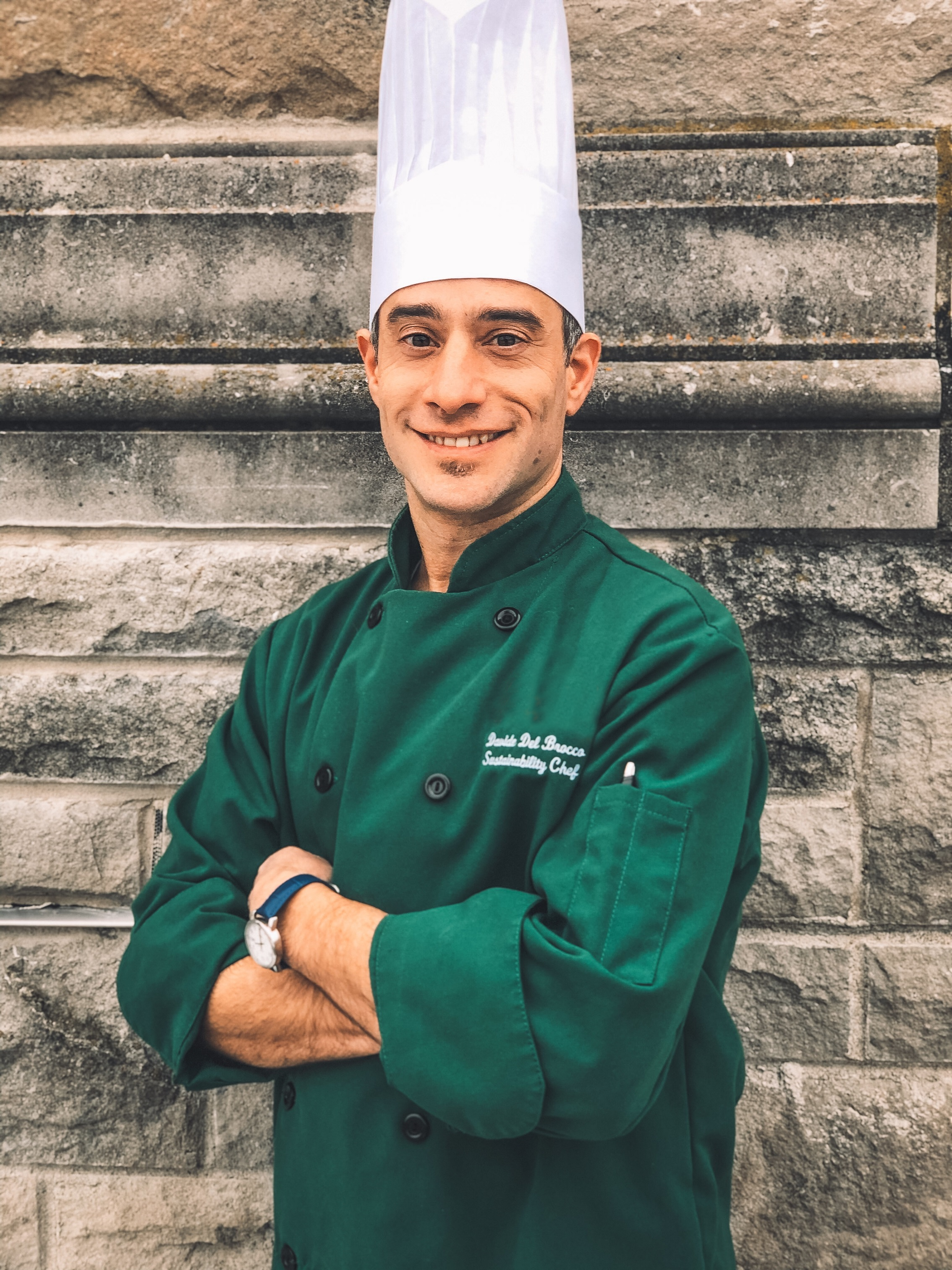 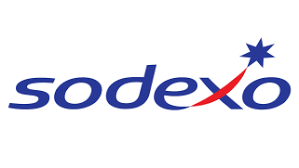 One of the most influential organizations the world has ever heard about, Sodexo is a leader in its commitment to being a part of a better tomorrow. With a presence in 64 individual counties worldwide, Sodexo works towards making a positive contribution to all people’s lives in meaningful ways: promoting and practicing sustainable business choices. Their commitment to developing with their Better Tomorrow 2025 guide created in tandem with the United Nations Development Goals (SDGs) motivates them to seek continuous improvement with their value chain aspects. Of their commitment to a better tomorrow, Sodexo aims to reduce carbon emissions by 34%, grow their stop hunger network to 100 million beneficiaries and reduce their food waste by 50%. The goal of change is an inspiration for what CSR can look like when humans come before the dollar.