New Belgium Brewery was founded in March 1991 by Kim Jordan and Jeff Lebesch after being inspired during a bike ride through Belgium in 1988; bringing back Belgian flavors to their hometown in Fort Collins, Colorado. “Environmental stewardship was a founding core value of the company 30 years ago and so it's been part of our DNA and something we've prioritized since day one,” says Sarah Fraser, New Belgium Sustainability Specialist.

New Belgium Brewery has taken steps that have led to strong environmental stewardship. One of the brewery’s most innovative steps has been the installation of the company’s own wastewater treatment facility. New Belgium engineers, wastewater operators, and mechanics were an important contribution to the development of the facility. One of the byproducts of the treatment of wastewater are methane rich biogas, which are used to power a cogenerater at the brewery. This important step has helped to reduce strain on the grid.

New Belgium has enjoyed a great collaborative effort to ensure the company’s innovation. The employees of the brewery have been an important part in this collaborative effort. Each department is a subject matter expert in their respective area of sustainability, which helps to ensure a culture of collaboration, and sustainability. Hence, the employees of the various departments are able to recommend and make changes to improve sustainability by reducing waste, improving efficiency within the brewery, and push conservation efforts. Industry partners have also helped the company further sustainability efforts. New Belgium co-founded the glass recycling coalition, which has brought together industry partners to reduce waste, and ensure proper recycling of glass products. The GRC has also helped to increase recycling rates within the United States. New Belgium also founded a sustainability committee within the Brewers association with various brewer members. The sustainability committee has co-authored a number of manuals to help small to large breweries with their sustainability efforts. 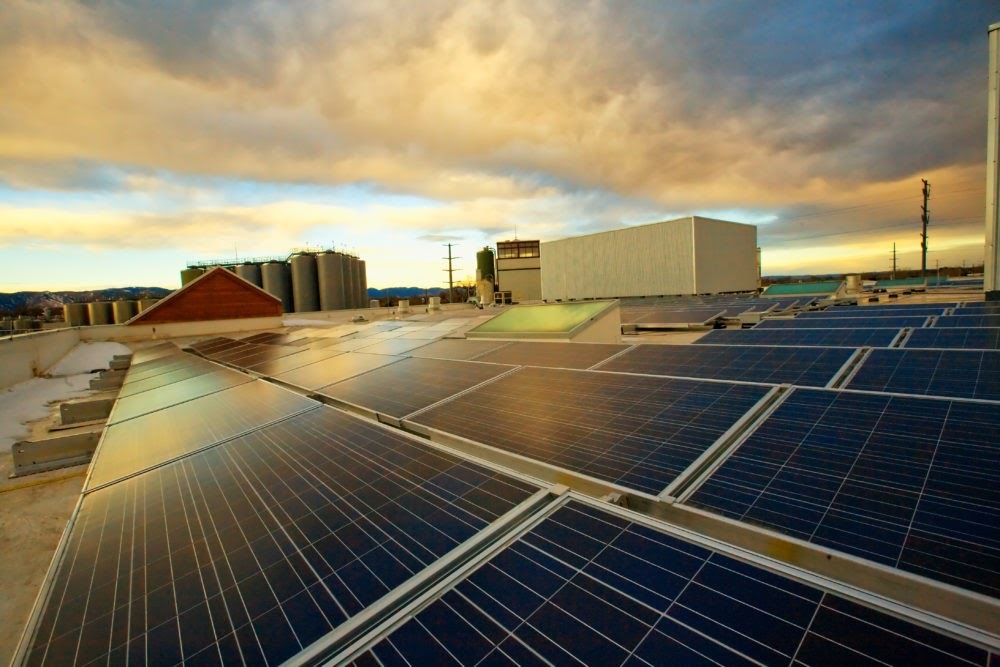 Overall, New Belgium was the “first wind-powered brewery in the U.S., first employee-owned brewery in the U.S., had the first greenhouse gas assessment for a beer in the U.S., first certified carbon-neutral beer in North America and have donated nearly $30 million to charitable causes since our founding in 1991” (Fraser). Most recently, New Belgium released Torched Earth Ale in honor of Earth Day to demonstrate how climate change will possibly affect the way in which beer is brewed and tastes by using only ingredients that would be available to brewers in a climate ravaged future. Additionally, they are launching a “Last Call for Climate'' campaign, demanding that other brands adopt 2030 climate plans and have created an online tool which allows users to see which companies have already adopted the plan.

New Belgium Brewing’s environmental sustainability efforts have led to a sustainable successful business. By utilizing an open book management process, employees understand how to read and interpret the financial performance of the business. To put it simply, using less resources saves money. The Brewery, owned by the employees, strives for cost efficient energy saving alternatives to not only conduct business, but reduce their impact on the environment as well. This method of thinking contributes to long term business health and investment opportunities in sustainability. The team invested in a wind turbine, making New Belgium Brewery the first fully wind-powered brewery in the US.

As an energy-efficient facility, New Belgium ships 140,000 barrels of beer to 11 states, bringing in an annual revenue of $100-$500 million every year, while continuing to donate $1 for every barrel they brew to a specific charity in the territories they serve.

From being the first wind-powered, employee-owned brewery within the U.S. to being the first certified carbon-neutral beer in North America, this certified B Corp has been making a positive impact on its employees, people, and planet. In 2013, New Belgium began taxing themselves on purchased electricity consumption which is then used for energy efficiency and renewable projects that help reduce their reliance on fossil fuels.

In 2010, the brewery installed 200 kW of solar panels which produces 18% of their electricity on site. According to Sustainability Specialist Sarah Fraser, “Our solar array at the brewery in Fort Collins Colorado was at the time of installation, the largest private solar array in the state.” The brewery also has natural light across 3 stories of workspace, saving them money on electricity and reducing emissions. Additionally, the Brewery also purchases wind power which contributes to saving 8,000,000 lbs of CO2 each year.

Interestingly, their innovations of affordable and clean energy can be viewed through its brewing process which include brewed barley that has been broken down and its properties extracted that form a solid which in turn is brought to a liquid form called "wort." The solid waste is sold to local farmers who feed it to their cattle in place of virgin grain, saving 30,000 tons per year. This means less water for crops, less fuel for farm equipment, and fewer emissions. The next step in the process is the brew kettle, which boils the wort. Their kettle is unique in that it has a cone-shaped boiler plate inside, allowing it to boil in half the time, and uses 65% less energy than a traditional unit. Utilizing a heat exchanger, they reuse their waste heat from the steam to preheat the incoming water and thereby reduce the energy to start the next batch. From fermentation within their vessels, the liquid travels through a straight-line pipe bridge to the bottling line where it is packed for distribution.

In 2002, New Belgium constructed their own wastewater treatment facility to treat processed wastewater. When bottles come through the line, they are rinsed in which the brewery captures the internal rinse and saves it for the external rinse (after bottles are filled and capped with beer residue on the outside). This process enables the brewery to reuse that water and save millions of gallons a year. Not only does New Belgium use half as much water as the industry standard, they also treat their own process waste water on-site. Anytime they are finished brewing in a kettle or fermenting in a tank, they are cleaning it out. Water then comes down and is brewed in their anaerobic digester. The anaerobic digester has microbes that eat all of the contaminants, which then produce a methane rich biogas. Once the methane is collected, it is sent to two different co-generators. The generators make up to 15% of the brewery’s energy. “One of the byproducts of the process is methane-rich biogas. We store the biogas onsite and use it to power a co-gen at the brewery during peak demand- reducing demand and strain on the grid” (Sarah Fraser). Therefore, New Belgium uses half as much water as the industry standard and saves millions of gallons of water a year. 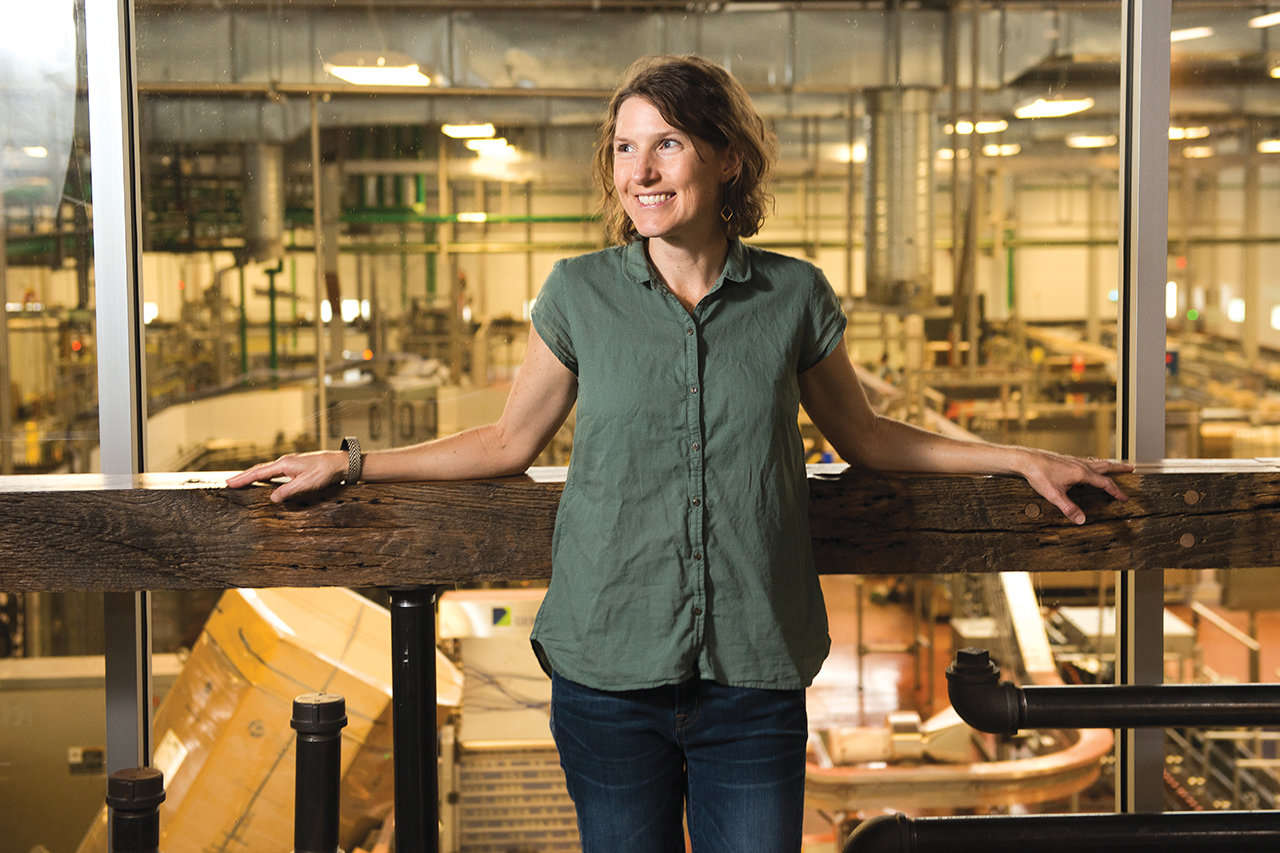