The majority of the population in the hinterland of India is under financial stress due to their dependence on agriculture to make a living. Due to reduction in the size of owned agricultural land per family, disruptive weather patterns and falling wholesale rates of grains many rural families have been pushed into poverty and hence face an uncertain future. Falling income from agriculture and lack of secondary sources of income in rural India has also led to an increase in farmer suicides. ‘’Sakhi’’ aims to tackle these issues by providing a secondary source of income to rural households that alleviate their financial stress and give them economic freedom to make their lives better.

The owner and founder of ‘’Sakhi’’, Adithya Vishwanathan has developed his organization to provide secondary income to rural households in India. He has done so by identifying the untapped potential of the women of rural India. While traveling through the villages around the city of Jodhpur in the state of Rajasthan in India, he realized that these women albeit extremely talented in the traditional local handicrafts of the region, didn’t necessarily utilize that potential to generate income for their families. Their talent was mostly going to waste as women in these parts of the country are generally confined to their homes and only involved in taking care of the household and the children. Society has kept their role limited to inside their households while the men of the households either toiled in the farms or went to the bigger towns and cities nearby to do menial jobs there.

This gave him the idea to start a rural women led enterprise that focuses on the manufacturing of local handmade Rajasthani handicrafts for sale in bigger cities like Jodhpur, Jaipur, and Delhi. Launched in 2019, the organization is focused on giving rural women entrepreneurship chances through creating jobs and income for them, with a strong gender lens. The word Sakhi means a friend. To mitigate rural hazards, the company has developed a comprehensive supply chain and logistics plan.

‘’Sakhi’’ brings the rural women under its umbrella and provides them with the tools and raw materials required to manufacture local artisanal products like traditional silver jewelry, traditional garments for both men and women, bedding, and various other small household items. These items are then sold to wholesalers in Jodhpur, Jaipur and Delhi, who then supply these items directly to retail stores or sell them online on their platforms. Each and every product from ‘’Sakhi’’ comes with a tag which gives a short background on the artform and also the person who handmade it and their community. This also helps raise awareness about these communities and women. This business empowers the rural women and brings extra income into their households. So far ‘’Sakhi’’ has close to 200 women ‘’entrepreneurs’’ under its umbrella, mostly from villages surrounding the city of Jodhpur in western Indian state of Rajasthan. They want to eventually expand to cover more villages in the state and then expand to other states in India. 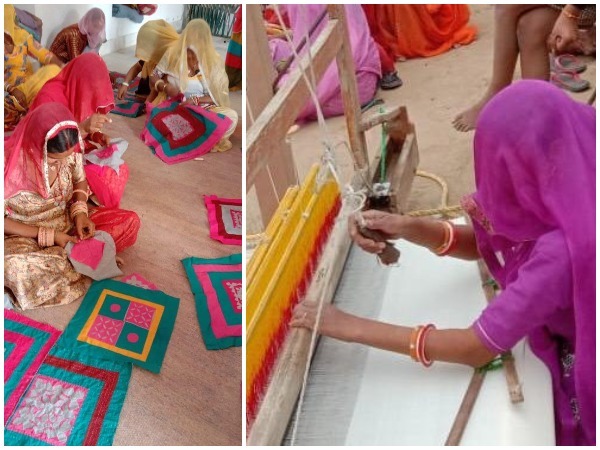 Mr. Adithya has always been a staunch supporter of women empowerment. Quoting Diane Mariechild, he told me ‘’A woman is the full circle. Within her is the power to create, nurture and transform.’’ He says that women are the largest untapped reservoir of talent in world which if utilized properly can alleviate millions of families out of poverty around the world. He told me about how equality between the sexes was instilled within him and his siblings at a very young age by his parents. His mother was a working woman who was a teacher at a government school in Jodhpur. Growing up he saw equal distribution of household chores between his parents which was unique in a small city like Jodhpur which still had a very patriarchal society. Seeing his mother as an equal to his father and other male members of the household instilled self confidence in him at a very young age. Throughout his formative years in school and then college he took part in various initiatives to promote gender equality in small towns and rural villages of Rajasthan. He has given his time working pro bono in various NGO’s and other organizations like SEWA, SMILE, UNICEF, etc.

While he dreams of having a bigger impact on the status of women in India and beyond, he acknowledges that one needs to start somewhere. On one of his trips to the villages around the city of Jodhpur while working with an NGO, he realized the potential of the local traditional art form that the women practice in that area. This could be used not just to provide productive employment opportunities for the women themselves, but the income generated from such an enterprise would add to their family’s income and hence also elevate their status within their household, thus bringing more equality within the society. Thus, the idea of ‘’Sakhi’’ was born with just a handful of women to start with.

This enterprise has had an extremely positive impact on the communities in the villages that it operates in currently. Not only has it provided meaningful employment to the women in these communities, thus elevating their status within their households, but it has also increased household incomes in these communities. This increase in income has lifted many families out of poverty and given them more stable lives without having to worry about where their next meal will come from. Farmer suicide rates have also dropped in these communities over the last couple of years.

Apart from these impacts, there has been a pleasant ‘’side-effect’’ of this enterprise on the communities. Due to increased viability of traditional products made in these villages, it has ensured the continuity of some local artforms which otherwise were disappearing rapidly and were in a threat to completely die out. Making these art forms economically viable has led to more women embracing them. Some of the proceeds from the sales are also diverted to local schools so that they can set up courses for children to learn these artforms, which otherwise would have slowly fizzled out. ‘’Sakhi’’ is thus also helping in maintaining and continuing the cultural vibrance of the region.

When he started this enterprise, profit was never a consideration for Mr. Adithya. But the demand for these products kept rising, thus generating profits which could be then used to expand the footprint of the organization rapidly. Mr. Adithya says that ‘’Sakhi’’ generated INR 60,00,000 of revenue in 2020-2021, thus providing roughly INR 25,000 of income to every woman working under its umbrella. Mr. Adithya and his wife are the only ones running the business at the moment and are responsible for everything from increasing the number of women ‘’entrepreneurs’’ under their umbrella to expanding their products to more markets and customers. As of now they sell exclusively to wholesalers who then sell to retailers in the cities. They are yet to explore the option to sell online direct to customer as they said, it would require more capital input and more manpower for the operations of such a model. Though they do have plans to start selling online direct to customers through amazon and their own platform in the near future. This they say will enable them to rapidly scale operations and increase revenues and thus help bring more villages and women under their ambit.

This enterprise has had a lasting impact on how women are perceived in communities in rural India and has elevated their status within their households as well as society. This has led to a more equitable and fair society for the women and their children to live in.

The other impact of this enterprise has been to remove the financial strain that these rural households faced due to their over dependence on agricultural income. Thus, bringing many households our from poverty and making them financially more stable. This has had a positive impact on the households as now they have the financial room to further enrich their and their children’s lives.

Lastly, by directing some amount of their revenues towards educating the children in these local art forms, they have ensured the survival and growth of the culture which otherwise was slowly dying away. 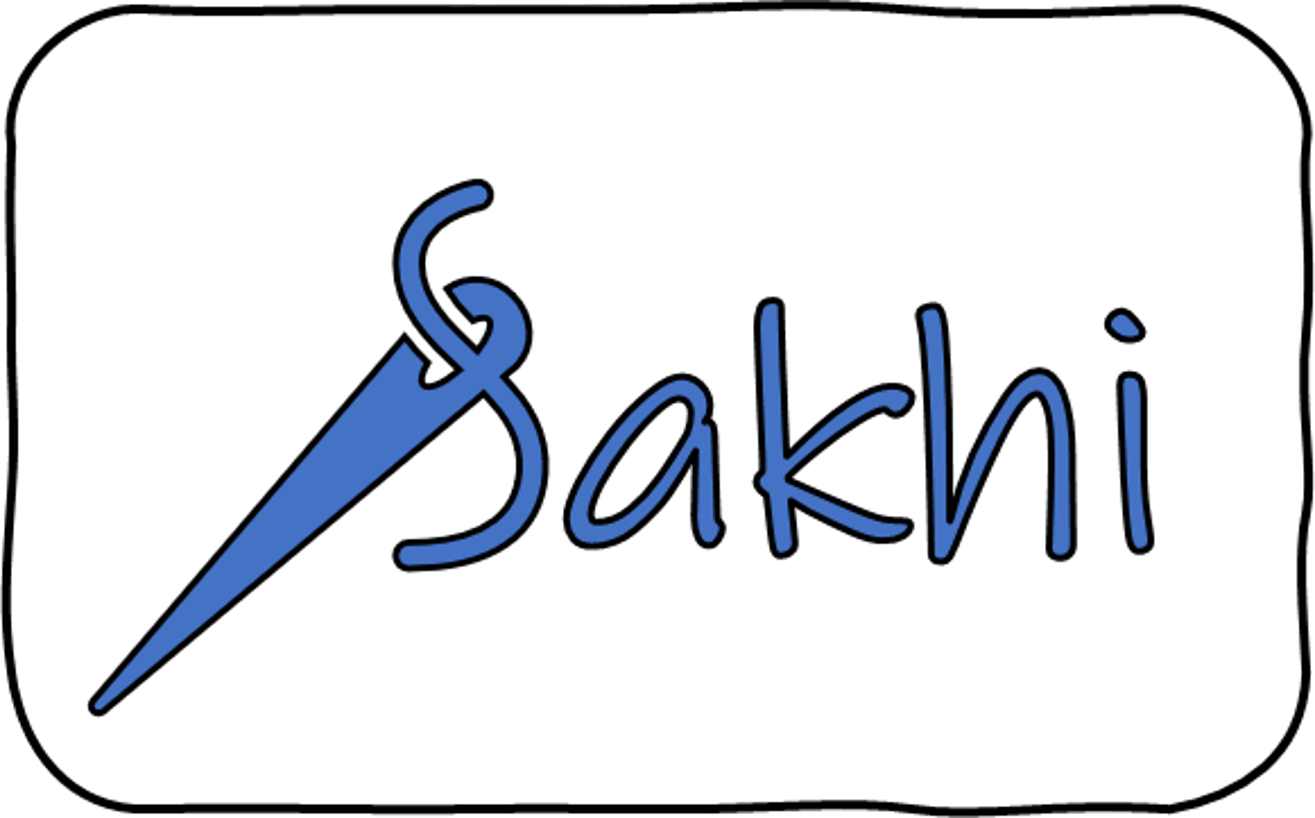 ‘’Sakhi’’ brings rural women under its umbrella and provides them with the tools and raw materials required to manufacture local artisan products like traditional silver jewelry, traditional garments for both men and women, bedding, and various other small household items. These items are then sold to wholesalers in Jodhpur, Jaipur and Delhi, who then supply these items directly to retail stores or sell them online on their platforms. Each and every product from ‘’Sakhi’’ comes with a tag which gives a short background on the art form and also the person who handmade it and their community.