APDS is Changing Corrections for Good

American Prison Data Systems (APDS) is changing education in our corrections system. By developing a technology platform that grants access to educational material, APDS is helping to reduce recidivism, decrease violence, and improve staff safety while also reducing costs for the public.

Chris Grewe has a long history as an entrepreneur in the educational publishing industry. Through this work he developed a passion for reaching people that the education system had left behind. This led him to take a look at the American prison system. He knew a lot about the publishing industry, but very little about prisons, so he went on tour visiting jails across the county and asking a lot of questions. What he discovered was that the state of education programs in our jails varied widely, were inconsistent, and sparsely attended. Even though corrections administrators wanted to have better education systems, they just didn't have the resources to implement them. There were numerous organizations, mostly non-profits, working in this space, but they couldn’t manage to scale their impact.

As it turned out, the key to scalability was the use of technology.

APDS developed a unique platform of hardware and software to leverage technology to grant educational access to inmates. APDS uses sturdy tablets with 24/7 monitoring control and military grade cases that securely connect to a server with educational content curated by APDS from their publishing partners. This unique technology platform allowed APDS to provide a solution that covered the needs of all stakeholders in the corrections system, including politicians, correction officers, and inmates themselves. It was only by addressing the needs of each of these stakeholders that APDS was able to gain buy-in for their platform.

Educational content providers such as Scholastic and McGraw Hill have long wanted to get their materials into prisons but have hesitated to invest in a platform to reach outside of their core markets. “We operate very much like an enzyme, like a catalyst” says Chris. “We make it easier for people to work together.” 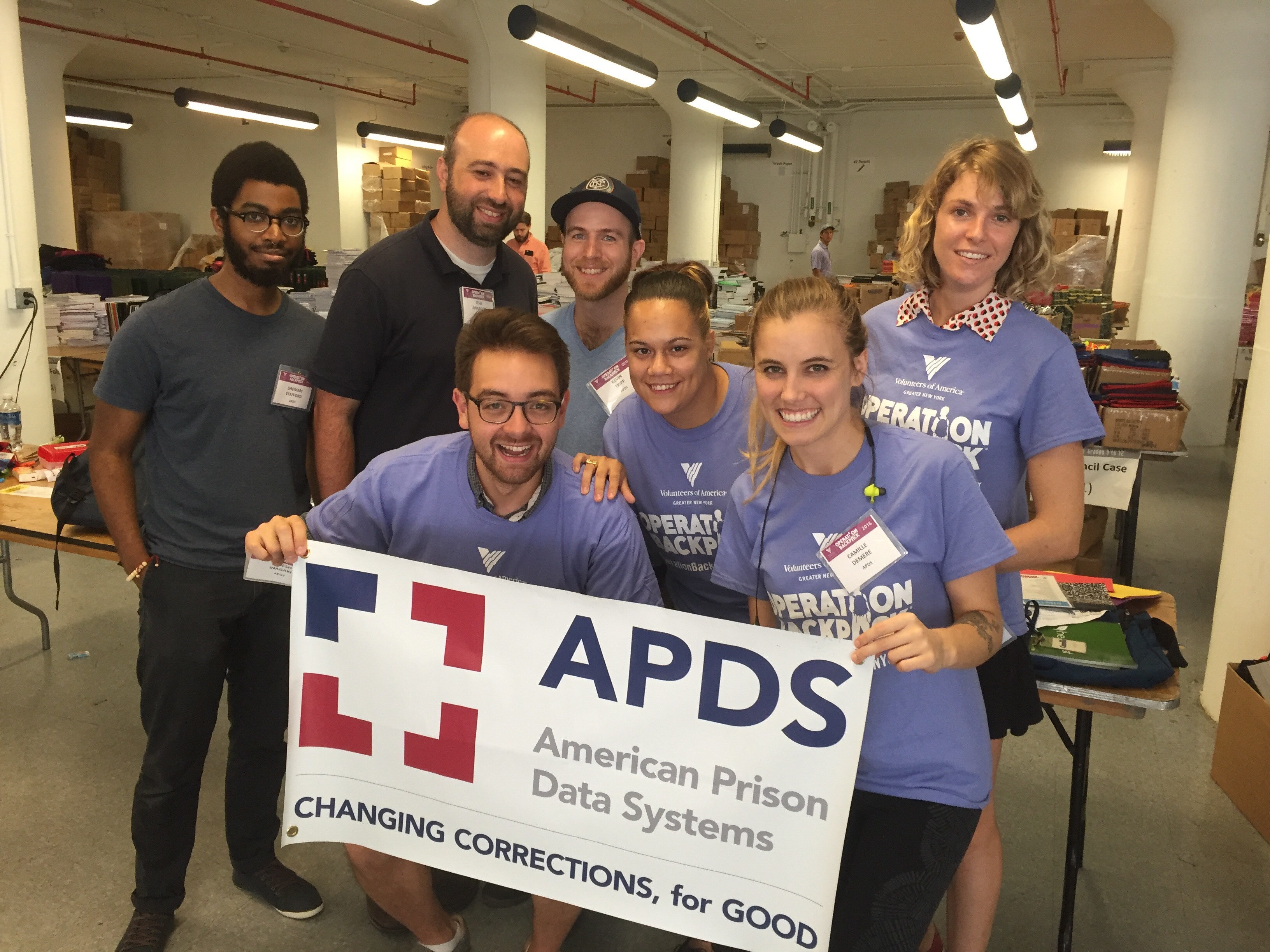 During his years of experience in education publishing, Chris developed a passion for reaching the students that the education system left behind. He spent much of his career searching for ways to identify students who were at higher risk for getting into legal trouble and how to intervene before they found themselves in trouble. He discovered that the lack of education, specifically a high school diploma, increased the likelihood that a person would become incarcerated. In the US, 70% of inmates do not have a high school degree. One out of every four high school students does not graduate and you are 8 -10 times more likely to be incarcerated if you do not have a high school degree. If the criminal justice system didn’t provide an education, inmates would find themselves back in trouble before long.

On a global stage, this impact is huge! APDS core values speak to three out of the seventeen United Nations Sustainable Development Goals. Goal #3, good health and well-being, is met through APDS's focus on reentry and wellness for the inmates. Goal #4 is to “ensure inclusive and quality education for all and promote lifelong learning”. APDS does this by tapping into the unsung prison population--often our most forgotten segment of society as it relates to inclusiveness and quality of education. Goal #16 is to “promote just, peaceful and inclusive societies”. Granting access to technological and educational resources to the incarcerated population is part of the APDS core mission. APDS knows that in order to give our societies a chance at becoming peaceful, just, and inclusive; they must promote it not only from within, but across the globe.

Here in the United States, the overall impact is to create a better society through better outcomes in our corrections system. APDS accomplishes this incredible undertaking by educating the incarcerated population, at scale, in order to provide inmates a path towards positive change while reducing recidivism rates here in the United States. Educational programming also works to curb violence, improve officer safety, and save taxpayer money.

Outside the prison walls, the goal is to bring greater efficiency to a large and dysfunctional [US] prison system. Successful impact here is to make prisons smaller in headcount and cheaper for the taxpayer in the long run while providing released inmates tools to help them towards a better future. Simultaneously, inside the prison walls, the goal is to reduce intra-prison violence, contraband, and to establish better inmate-officer relationships.

When forming APDS, Chris found it difficult to decide between organizing as a non-profit or a for-profit entity. To serve the mission, he found it was best to exist somewhere in the middle and incorporated APDS as a public benefit corporation or PBC in 2012 in Delaware. In July 2015 APDS became a B Corporation. As a B-Corp, APDS is a for-profit company but that doesn’t mean it has to be profit-maximizing. Being for-profit put Chris in a unique position to scale his impact. Governments and non-profits can be successful but they don’t have access to the speculative capital to build a platform that can reach tens of thousands of incarcerated people.

Without showing that APDS could make a profit, Chris wouldn’t be able to attract investors. “Then the question became can you make a profit in this space, fairly and ethically, and still be attractive to investors?” he recalled. “The only way you can...is to ensure that, in some way, your business is hugely disruptive.” They focused on making sure that their product would not cause any economic hardship on the inmates or their families. It was important to show governments that the reductions in recidivism and violence would save them millions of dollars. Footing the bill for a few tablets, then, wouldn’t be very difficult.

Though only a team of 19 employees, APDS has had a big impact. They have been honored by B the Change Media’s Best for the World 2016 and 2017 list for top achievement in the Best for Customers category, and in 2017 as Best for the Long Term category, which is a recognition of their commitment to the double bottom line while still being a great investment for their shareholders. They were also rated as a GIIRS Platinum in 2017.

Furthermore, APDS has closed their first round on a $10 m Series A raise led by Rethink Education and has launched the first ever program that includes tablets leaving the facility with returning citizens in Utah. APDS has also partnered with two universities – Ashland University and Wiley College - who now offer their college coursework to students in state prisons and will be graduating their first college students through the tablet program in the next year.

To keep a group of dedicated employees gainfully employed, attract investments from top venture capital firms, and provide award winning and sustainable positive impact for your customers is a truly impressive feat.

“Every dollar spent on an incarcerated learner saves the state $5 in 3 years. And that probably understates it” said Chris. “Educating people who are incarcerated makes prisons safer, it saves money, it allows you to let them out earlier, when you let them out they do better, they don't commit crimes, they don’t come back and it becomes a virtuous cycle. The question is just, how do you get that virtuous cycle running faster?”

Though they still have a long way to go, Chris and APDS have already seen some dramatic results, with violence levels plummeting in jails shortly after their platform is introduced. Their impact on the personal level should not be forgotten and is something which Chris and the whole team at APDS take great pride. As they recently heard from one inmate who was given an APDS tablet during a new program rollout, “This is the first time in a long time that someone has treated me like a human being.” 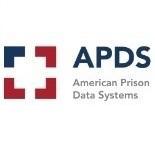 American Prison Data Systems (APDS) is a registered B Corp company that aims to leverage technology to make prisons safer, cheaper, and more effective at rehabilitation. APDS’s competitive advantage lies in the company’s ability to bridge the knowledge and trust gap between educational content providers and corrections industry stakeholders through its specialized hardware and digital platform.

Learn more about APDS through their videos.