Dr. Gavin Armstrong innovated a product known as the Lucky Iron Fish. This product is a carefully formulated iron ingot that, when boiled with a meal for 10 minutes, releases a significant portion of a person's daily iron intake requirements. This product, based out of Guelph, Ontario, started its mission to reduce the effects of iron deficiency in Cambodia, and has grown worldwide since.

Iron deficiency is a preventable condition that affects 3.5 billion people across the world. In fact, the Copenhagen Consensus stated that “iron deficiency is the most critical challenge facing the world both in terms of health and economic impact”(G. Armstrong, personal communication, September 30, 2016). Research initiated by the University of Guelph on this issue resulted in the discovery that cooking with cast iron pots and pans can provide a significant portion of the daily iron intake requirement. This research led to the precursor of the Lucky Iron Fish, also known as the Happy Fish, developed by a University of Guelph student, Chris Charles. However, after completing two clinical trials and his PhD, Dr. Charles decided to continue on to medical school. This is when Dr. Gavin Armstrong became involved in the project. He further developed the innovation into the Lucky Iron Fish. In Cambodia, the fish is a symbol of luck and prosperity. As a result, families wanted to include the fish in their meals while cooking, because they believed it would bring them luck. The Lucky Iron Fish is nothing more than an Iron ingot, specifically designed to release the appropriate amount of Iron per meal. This innovation can last for up to five years, and has a mechanism to indicate to the user when the product has expired: a smile. Once the smile on the fish wears off, the product has run its course. Lucky Iron Fish Enterprise has a mission to be a global provider of simple solutions for complex health problems, such as Iron deficiency. The Lucky Iron Fish is a product that fulfills this mission. Iron deficiency is a complex health problem that the company is solving by boiling an Iron ingot for 10 minutes. Dr. Armstrong hopes that the Fish is the first of many simple solutions to complex health issues. 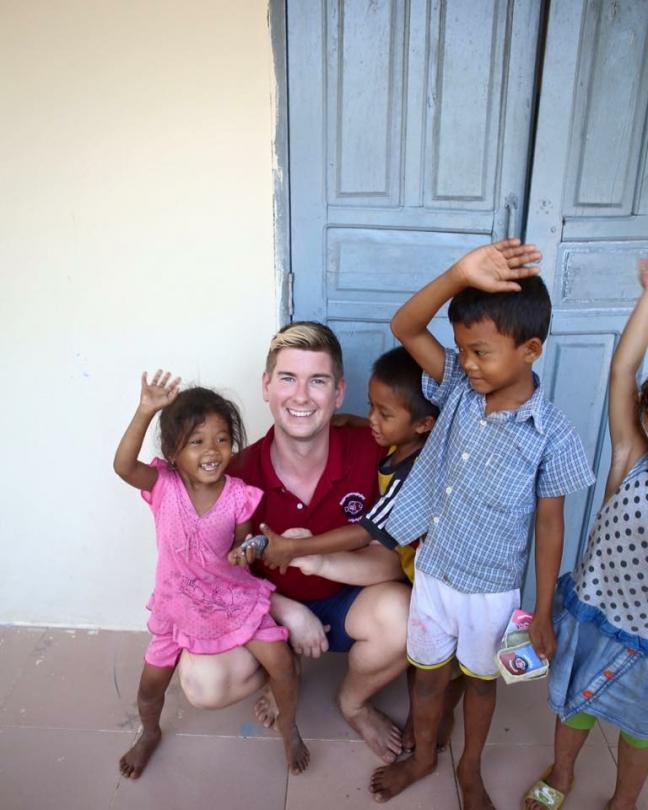 Gavin Armstrong, a graduate student from the University of Guelph, founded the ‘Lucky Iron Fish’ on December 12th 2012. This product originates from an earlier version created by a University of Guelph student, named the “Happy Fish”. This coincided with the design of the final product, a smiling fish. Many clinical trials were assessed with the product and after many months of research, the transformation occurred from the ‘Happy Fish’ to the ‘Lucky Iron Fish’. Dr. Armstrong realized that iron deficiency is a global phenomenon and is getting worse as many solutions to health related issues with iron are costly. Iron deficiency causes a loss on the GDP scale yearly and also is related to hidden hunger challenges across the world better known as malnutrition. Dr. Armstrong felt that making a product such as a fish would “encourage people to want to put a cast iron fish in their cooking pots” as it would be seen as a symbol of hunger. This led to the question Dr. Armstrong had himself, “How do we get a fish in a pot around the world?” (G. Armstrong, personal communication, September 30, 2016). After many clinical trials and months of research, he was inspired to bring the Lucky Iron Fish into thousands of homes around the world by providing a simple solution for complex health problems.

As previously mentioned, the purpose behind the Lucky Iron Fish was to improve the health of individuals, specifically people who have iron deficiency, by providing them with a simple solution. In many developing countries, health care is not subsidized by the government. As a result, the costs of remaining healthy is very high, and is often unattainable for the general population. Dr. Armstrong saw an opportunity to not only provide assistance to developing countries, but to also make health a more engaging topic by creating a fish instead of iron supplement pills. With constant motivation from research grant-funding Dr. Armstrong was able to make his innovation possible and accessible to the hands of people globally and locally. Today, people are often looking for a method to become healthier but, unfortunately, many products are costly and are not easily accessible, especially for those living in countries that don’t have a strong health care system. “Individuals would want to put a fish in their cooking pot. The great thing is that people feel that a fish has brought good luck to them when in fact, it is the iron that is given off by the fish itself” (G. Armstrong, personal communication, September 30, 2016). This is one of Dr. Armstrong’s original goals when creating this innovation. Dr. Armstrong’s story is known worldwide and continues to be a success story for many individuals seeking out solutions to complex health problems. With further research and additional marketing techniques, Dr. Armstrong is looking to further his innovation in other countries and continue to create awareness on how important iron is to the human body.

The impact of the Lucky Iron Fish on the business is that it allows the company to stay profitable, while maintaining its B-corp certification. Keeping that certification is important to Lucky Iron Fish as, in Dr. Armstrong’s words, being a B-corp is “for companies that are committed to doing good throughout their supply chain” (G. Armstrong, personal communication, September 30, 2016) and doing good is a huge factor for how he wants to run his business. As we learned in the interview, the company is profitable, has an 8 person staff, and has projected sales of about one million this year alone. So obviously Lucky Iron Fish Enterprise has found a product that is beneficial to society. As for the actual impact on society, when conducting the interview, it was mentioned that iron deficiency is a major problem in the world, and the interview was heavily focused on this topic. This is due to the fact that the Lucky Iron Fish is designed to help combat the problem of Iron deficiency. As was stated earlier, adding the cast iron fish into a cooking pot will result in an increased iron intake, which will help with the growing problem of iron deficiency.

During the interview the shape of the product was brought up. It was explained that it needed to be different from culture to culture. For example, in India, they had a problem with vegetarians refusing to put the fish in their pots. As a result, they modified the shape of the ingot from a fish, to a leaf. Another example of the product adapting to societal values is the original idea for the ingot being modelled after a fish. The company did this because it is a symbol of luck in the original country, Cambodia.

In terms of the environment, the company seems very dedicated to doing anything they can to be more environmentally friendly. This includes everything from modifications of the packing box using recycled materials, to making sure that the packaging is degradable. In the short term, this product was introduced mostly in developing countries as well as in online markets domestically.

The Lucky Iron Fish has been successful because of two factors; the need for a solution to iron deficiency, and their unique marketing strategy. In the short term they provided a solution to a very pressing problem for society, especially for women in developing countries. They also use a “buy one, donate one” strategy, which provides easy access to the solution for families suffering from iron deficiencies. The fact that they used a symbol like the fish and the leaf to gain favour in specific cultures is another reason that they are able to benefit in the short term.

Research wise, the creator of the product was able to use previous research to come up with a concept, and was then able to bring this concept to more practical tests. There are many benefits that were found in these studies. For example, in our interview we hear Dr. Armstrong say “We’ve seen a 50% reduction in anemia rates for those who use it.” (G. Armstrong, personal communication, September 30, 2016) All of the studies are available online to prove the validity of the product. Simply put, Lucky Iron Fish Enterprise created a product that addresses a major issue while having the creativity to adapt and market it to unique individual cultures.

Lucky Iron Fish, a carefully formulated health innovation that has been shown to substantially reduce instances of iron deficiency, has seen its sales skyrocket. The Lucky Iron Fish is the sole innovation of the company, and is the only one that is being produced and supplied by them. Without this innovation, this business would not be where it is today. Dr. Gavin Armstrong, founder and CEO of the Lucky Iron Fish, took a concept from Chris Charles, an OVC medical science student, who came up with something called the “Happy Fish”. This included the “concept of cooking with an iron ingot that was shaped in the form of a fish, which in Cambodia, where the work was being done, was a sign of luck and prosperity.” (G. Armstrong, personal communication, September 30, 2016). Dr. Armstrong then got involved and saw the major global impact capability of this product, and wanted to take this research to the next level. Dr. Armstrong took the Happy Fish and innovated it into the product now sold today, called the Lucky Iron Fish. The innovation of this product has soared over the past few years into a very successful B-corp, located in Guelph, Ontario. Their mission as a company is to be a “global provider of simple solutions for complex health problems, and even though considering the problem of iron deficiency around the world is a complex issue, they believe their solution is simple and effective.” (G. Armstrong, personal communication, September 30, 2016) With this innovation and the big success that the Lucky Iron Fish has had, Dr. Armstrong feels the fish is the first of many simple solutions to help with these complex health problems around the world.

Roughly a third of the global population suffers from anemia of varying severity; in many developing countries the portion of people who lack a sufficient amount of iron in their diet is far greater. Lucky Iron Fish provides a cost effective, long lasting solution to treat this aspect of malnutrition. Costing $30 CAN with a recommended lifespan of 5 years, the Lucky Iron Fish is able to treat anemia for a fraction of the cost of typical iron supplements. The Lucky Iron Fish has already been provided to communities and hospitals globally, where marked improvements in the health of the populace have already been measured. Their Buy-One-Give-One offer, which provides a fish to communities in need for every fish purchased, ensures that the Lucky Iron Fish will continue to reach those who need it most. Lucky Iron Fish primarily develops the product in Canada and Cambodia, returning infrastructure and economic growth to regions it does business in. Packaging used by Lucky Iron Fish is made from 100% recycled material. 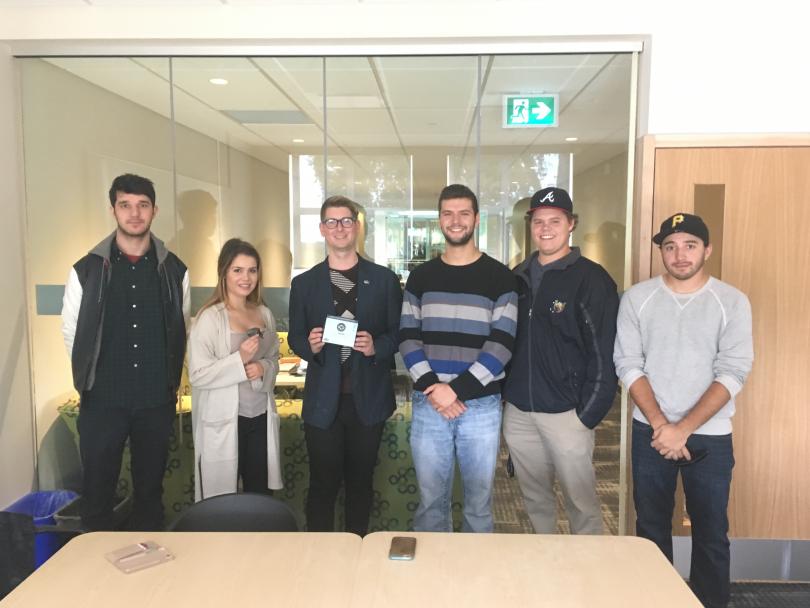 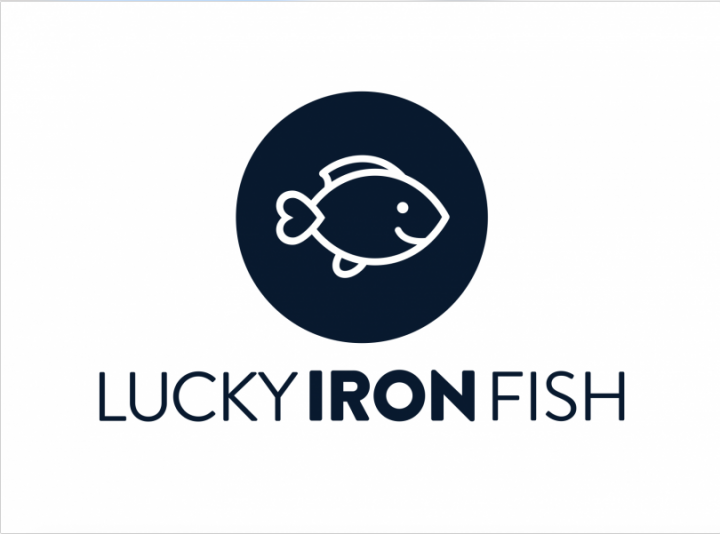 The Lucky Iron Fish is a carefully formulated health innovation that has been shown to substantially reduce instances of iron deficiency and iron deficiency anemia. As a certified B-Corp we are committed to doing business in a socially responsible way.