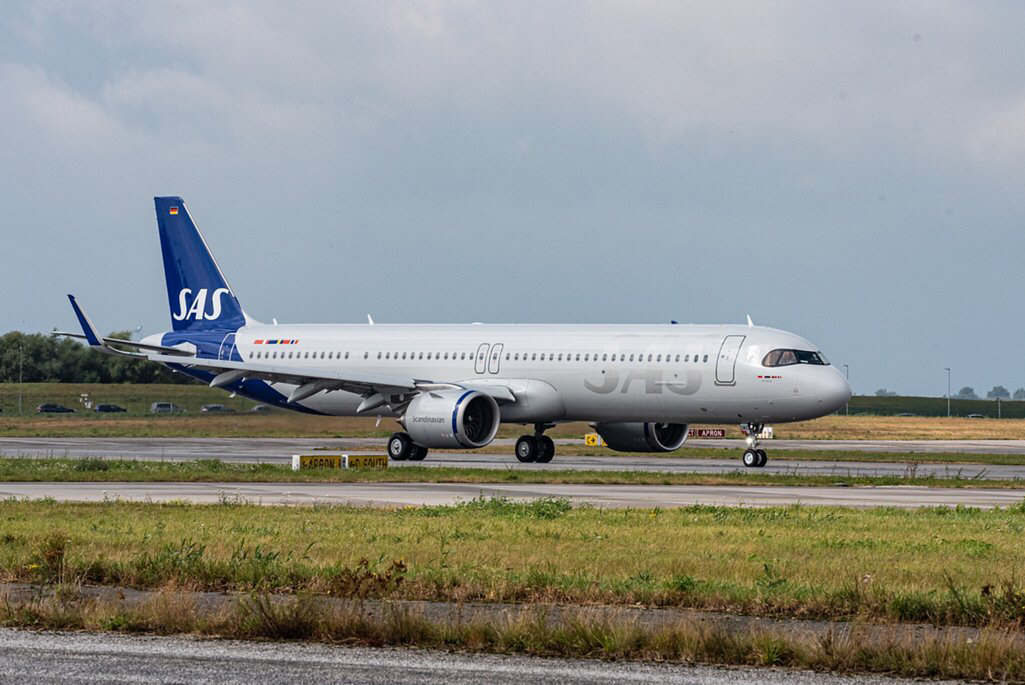 The electric flight project is one of the most notable projects Airbus is working on. By researching electric flight and other Zero Emission projects, Airbus is creating flights that consume no fossil fuel and have fewer emissions. This innovation meets UN SDGs as “Affordable and clean energy”.

Now, Airbus has multiple technical routes to meet the UN SDGs for zero-emission. By using other energy instead of fossil fuel, like electric, hydrogen, and solar power, Airbus can create airplanes that don't release carbon dioxide at an affordable price in the future. Though these projects are in the experimental stage, Airbus mostly cooperates with airports all over the world to test their prototype aircraft. Airbus already has several prototypes of electric airplanes, like the “E-Fan X”, “CityAirbus”, “Vahana” and “eGenius”; these airplanes do not serve the same purpose. By doing so, Airbus can explore different technical routes and work out the best solution possible for different usage scenarios. Airbus also organized Air Race E “led by world-leading air racing promoter Jeff Zaltman”, which will push electric flight even further to practicality. There are also other power sources for Airbus to explore, like hydrogen and solar power, to meet their Zero Emission goal.

Mostly, Airbus makes these innovations internally, for Airbus is a company that has strong vertical integration power. Airbus has a new facility in Germany for its alternative-propulsion system in 2019, which serves its electric airplane; for electric planes, there is a systematic difference from the traditional one. By having this new facility, Airbus can have an easier time in producing prototypes, and they can have more experiments in producing these electric airplanes, which is good for Airbus to adopt their experimenting technology route. This new facility is the safeguard for Airbus to meet its Zero Emission goal for all its products. 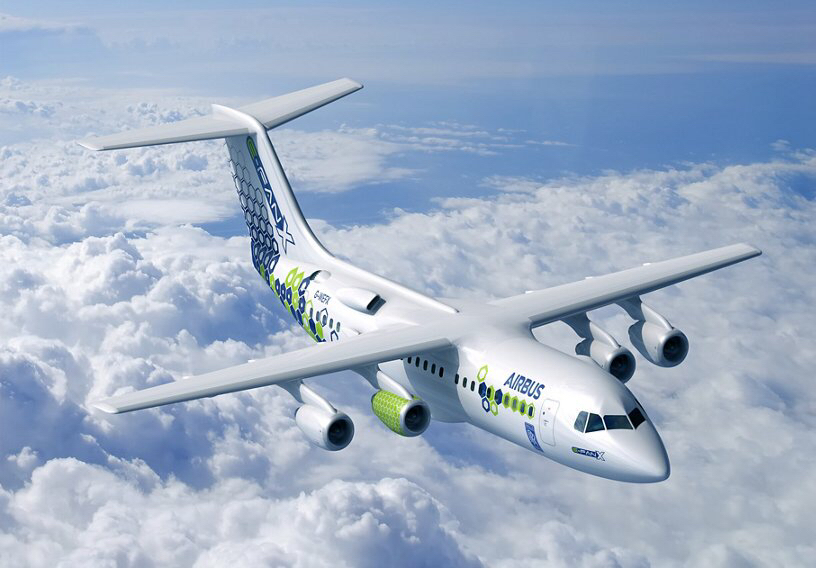 The goal of zero-emission and the orientation of a more fuel-efficient flight inspired the leader in Airbus to develop electric or hydrogen-powered aircraft. “I strongly believe that the use of hydrogen – both in synthetic fuels and as a primary power source for commercial aircraft – has the potential to significantly reduce aviation's climate impact.” says the CEO of Airbus Guillaume Faury. For airlines, a more fuel-efficient flight will help Airbus gain a distinctive advantage in the competition with Boeing. In the long term, an aircraft with better emission standards for fuel-saving will save money for those airlines, as well as provide sufficient benefits to the environment. Because sunlight provides vast amounts of energy (885 million terawatt-hours per year), we can collect those renewable energy and power aircraft with cleaner and more endurance stratospheric flight.

“We always want lighter, more fuel-efficient flights to benefit the customers,” says Tingting during our interview. Tingting agrees that big companies should take the responsibility to develop such projects that are not only aiming for better sales and market but a green-mindset that aligns with the continuous development goals. The mission and value are to stop releasing undesirable by-products of CO2 emissions. Generating power for aircraft through hydrogen, electric, and solar power is one of the main focuses of Airbus.

Airbus promotes autonomy and diversity within the organization. Airbus has three main objectives in its mission: to build the future of flight now, to leverage world-class talent within the Silicon Valley ecosystem, and to partner with and provide value to many different Airbus teams. To achieve these goals efficiently and successfully, Airbus allows its world-class engineers and designers to have a multidisciplinary approach to their curiosity, creativity, and discovery. Airbus also makes sure to hire individuals who have a passion for both the work of the organization and their own independent intellectual ventures.

An organization without diversity in its structure will not survive in the long-run. It is of the utmost importance for Airbus to encourage and acknowledge diversity in the organization. Although the company was founded in France, it has expanded its territorial outreach since. Today, Airbus is represented by more than 140 nations and has more than 20 languages being communicated daily. A course of action Airbus took to encourage diversity in the organization is they decided to recognize the women of Airbus on International Women’s Day. Airbus interviewed 40 of its women employees across all their locations across the world and published their experiences and passions in Airbus. Julie Ketcher, the Executive Vice President of Communications and Corporate Affairs, is one of the women who were interviewed. In her interview, she stated, “we're building an inclusive culture in which people are accepted as individuals and where differences are embraced.” These women also have jobs ranging in all levels and departments of Airbus, making Airbus a prime example of a multicultural organization.

The electric flight project and zero-emission plan of Airbus would benefit the environment by using clean energy. Meanwhile, the developing exploration of using new energy would contribute Airbus to be the model for the aviation industry with a great reputation. Also, the application of new energies like hydrogens and the new design for electric flights would create profits for Airbus and other enterprises in the manufacturing industry and enable energy suppliers to develop significantly as well.

From the short-term perspective, relative departments' setting has provided abundant job opportunities for people with close background knowledge or researchers even during the difficult time of Coronavirous which has harmed the economy. In addition to that, the goals of the flights without pollution have attracted sufficiently strong partnerships with other companies in relative industries.

From a long-term perspective, the most important effect would be shown on environmental protection. Considering that airplanes have been one of the most common transportations in modern society if the emission caused by flights can be eliminated through the zero-emission plan, the process of climate change could be postponed. From Airbus’s previous research results, hydrogen fuel has the potential to reduce carbon dioxide emissions from aviation by 50%.

Also, the zero-emissions project is helping people keep their jobs during tough economic times. Supply chain officer TingTing said that “her department is the only department that did not fire any employees” due to the coronavirus pandemic. This is a big deal, as the coronavirus pandemic has caused massive layoffs in the airline industry. If the project proves to be highly successful, it will create more jobs and help the airline industry re-hire the employees that were laid off. Instead of receiving government bailouts, airlines and plane makers could generate positive cash flow and become sustainable once again. However, this will most likely take more time than people would like to admit.

This innovation would benefit society and the environment in huge ways, mainly by reducing the impact that humans are having on climate change. It’s no secret that our planet is warming up at an alarming rate, and it’s resulting in extremely strong storms, hurricanes, and wildfires. Climate change is also changing the way the ocean and ecosystems are functioning in alarming ways. TingTing said that one of Airbus's missions is “to help combat climate change and help increase sustainability”, and a zero-emissions plane would definitely help accomplish this mission. On the Airbus website, it states that Airbus wants “to enable the aviation industry to disruptively reduce the CO2 emissions of commercial aircraft, helicopters, satellites, and future urban air mobility vehicles.” Less carbon dioxide and less pollution in the air means that the rate of global warming could potentially decrease.

This zero-emission plane would help shift how the world uses resources as well. Instead of oil, renewable, and “cleaner” energy would be used more, which would shake up how the economy is structured. Certain renewable energy companies would rise in society, while other more “traditional” energy companies would fade out of the picture. Society needs a shift in energy use to help combat climate change, and airbus could lead the charge if the company successfully creates a zero-emission plane.