A Worldwide Tool, Inspired by a Daughter

TippyTalk is a communication platform that enables people living with verbal disabilities to express themselves. It is a mobile solution that promotes communication independence and helps people with verbal disabilities to feel more connected to the world around them. This innovation helps solve Good Health and Well-Being, Quality Education, Decent Work and Economic Growth, and Reduced Inequalities.

Rob Laffan, the CEO and Founder of TippyTalk, faced a lot of issues before TippyTalk was born. The economic crisis back in 2010 led to Rob losing his job; a quick search around Limerick made him realize the increasing demand for automation and robotics. During his 3-year New Frontiers Development Program course at the Limerick Institute of Technology (LIT), Rob's daughter Sadie was diagnosed with non-verbal autism. She had not been communicating from the age of 2. In order to help her communicate, Rob launched a prototype for an app, to be named TippyTalk. With the support of LIT professors, and after winning multiple awards such as Ireland Student Entrepreneur of the Year 2015, Ireland Innovative Student Engineer of the Year 2015, etc., TippyTalk was launched officially and paved the way for an innovative communication platform for the verbally disabled.

TippyTalk, the app, is a two-way communication tool for people who fall in the non-verbal spectrum. It translates customized images chosen by the user into personalized text messages, which are then sent to a family member or caregiver's phone. The receiver can respond via text message, pictures, or voice recording. After a 30-day free trial, the app would require a monthly subscription; however, it needs to be installed only on the device of the user, while the family members or caregivers can receive messages on any mobile device. The unique aspect of the app is that the category of pictures can be customized per the needs of the user, or based on familiarity. This helps people with verbal disabilities to communicate more freely and removes any limitation that the person might have faced when trying to communicate verbally. There are no restrictions of distance either, as the app allows the user to communicate with whomever the user wishes to talk to anytime and anywhere.

By providing a platform to people with verbal disabilities that allows them to communicate instantly and confidently, this innovative app helps them in overcoming any frustration or isolation that they might face in performing a basic function such as communicating. It also helps them form their own social networks and feel included. By giving them a voice to express their thoughts or views, the app helps the individuals to become autonomous with their communication and encourages society to change their perception of such individuals. TippyTalk definitely helps in promoting equality among all. 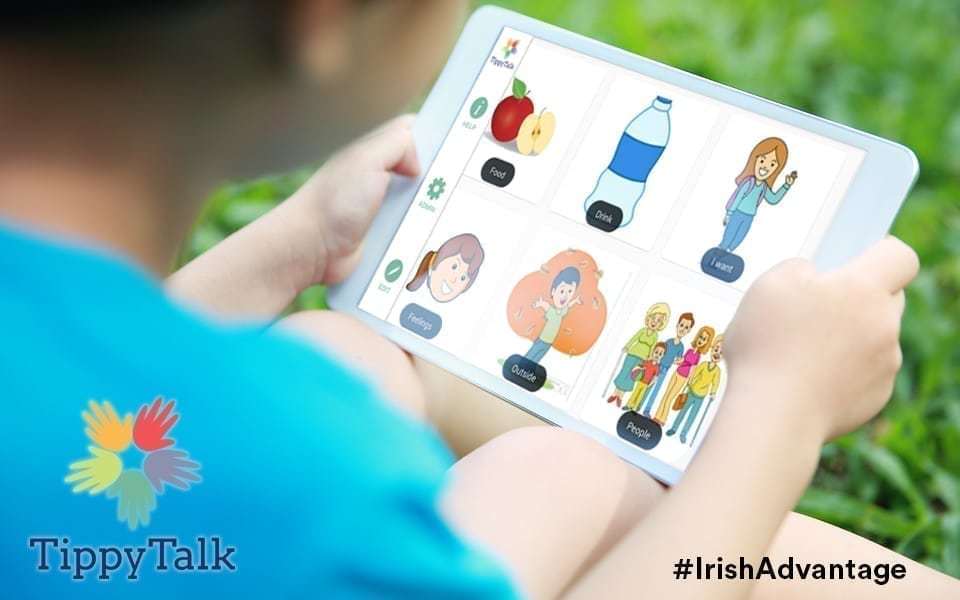 The inspiration behind this innovation was none other than Rob's daughter, Sadie. Diagnosed with non-verbal autism at the tender age of 2, Rob found it difficult and frustrating at times to have a conversation with his daughter. The only mode of communication was through pictures stuck inside a book, which were already being worn out. At that point in time, Rob was studying at LIT and was involved with modules about human/machine interface. On one particular night, when Rob's phone beeped, Sadie immediately grabbed it and approached him. Rob immediately had a brainwave of converting the expensive method of communication via pictures, into text messages which can be sent and received easily. Using knowledge from his course, and from his experiences with Sadie, he created a prototype of the app with support from his professors and introduced it to Sadie in the month of April 2015. Rob tasted his first success when, after the initial few months, Sadie used the app to text, "Hi Daddy, I'm hungry. I want chicken nuggets."

Thus TippyTalk was developed and launched, and it is now used across the world.

Since its launch, TippyTalk has seen a lot of worldwide success. With over 3,000 users across 74 countries, the usage is growing day by day. The app has already seen around 70–80 million hits across various platforms. CBS and AMC have even covered the super successful story in the United States.

Although the app was initially created for individuals with non-verbal disabilities, it can be used by individuals including stroke victims, Parkinson's patients, and brain injury victims as well. The app has helped connect families together and provide a platform for communication independence. One of the heartwarming stories, as shared by Rob himself, is that of a blind mother and her son with non-verbal ASD, who are successfully communicating using TippyTalk. Another success is of a teenager from the UK who felt excluded in class due to his inability to communicate. However, now with TippyTalk, he can text in group chats, invite friends to play football, and send text messages to family and friends. The app has been widely appreciated as an innovative step towards improving the communication platform and paving the way for more avenues in improving the well-being of individuals with disabilities.

Ever since the release of the TippyTalk app in 2015, there has been no looking back. It has been used widely in homes, schools, hospitals, old-age homes, etc. Enterprise Ireland classified TippyTalk as a high-potential startup and received 200,000 euros as investment. It has also helped secure many U.S. and Irish investors. The employee count has increased from just two to more than 11 employees now, with five Irish jobs and two U.S. jobs created through the app.

There has also been a demand from special needs schools across the United States for a TippyTalk pro version. This led to the development of TippyTalk Edu, specially designed for usage in schools and special needs school. It uses a core language as a base for the introductory stage but can be customized to be made complex depending on the needs of the student. There is also a web portal now which stores and processes all the information sent via the app. Speech and language therapists then review this data to track the results and trends among the users for developing the app further.

The major factor of this innovation is how it has helped people with verbal disabilities find a platform for communication independence. It has helped them find a tool to express themselves and their views and feel socially included. It has also helped family members to communicate with their loved ones with verbal disabilities and understand their needs and concerns. The app also gives them an opportunity to feel socially included and communicate without any limitations or frustrations.

It has helped Sadie communicate with her dad, and now it is helping many people like her to expand their social network and feel connected. It gives individuals access to good health and well-being as well as quality education and helps in reducing inequalities (SDGs).

This app can be personalized to accommodate the preferences of each user and include a language-reinforcing tool to help develop verbal skills. 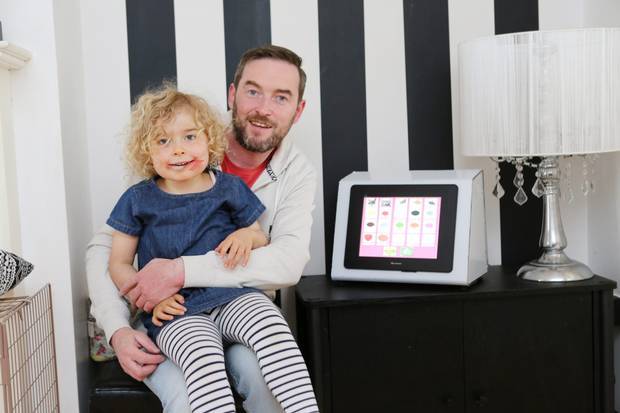