A World Without Food Going to Waste

Matsmart (Swedish for foodsmart) has a vision: A world without food waste. They distribute and sell food to consumers that would otherwise have been thrown away by the food industry, and thus they can do it cheap.

Matsmart distributes and sells food that would otherwise have gone to waste. Their products consist of food that food producers or retailers would not sell anymore. It may be food, like 100 kilos of pasta, too close to a best before date or just passed the best before date, but still perfectly fine and edible. It may be a summer edition of a product like a soft drink a retailer can’t sell anymore in September. Or it can be a special taste of say a tomato sauce, that did not sell as well as expected. This means Matsmart can sell food a lot cheaper, at a 20-90% discount. Matsmart has made deals with several big food producing companies (like Nestle and Unilever), promising to buy up certain amounts of products to pre-negotiated prices that the companies otherwise would have thrown away. Other companies contact them directly when the need arises. A substantial part of Matsmarts’ products are of the more expensive kind in supermarkets: organic food, gluten free food. Customers contact them to say that now even they can afford to buy these more expensive products. In this sense, Matsmart increases equality for consumers who otherwise could not afford to buy them. Matsmart opened its Internet store in 2014 and said they had a good impact from day one. In 2016 they saved 708 tons of food from going to waste. In 2018 the number was up to 3700 tons of food. At present, Matsmart operates in Sweden and Finland, but are hoping to expand to more countries within the upcoming years.

Erik Södergren was a grocery store owner in Akalla outside Stockholm, Sweden. He felt really bad about throwing away food and let it go to waste. He knew, for example, that a batch of cans of crushed tomato was still perfectly edible, even though it had just passed the best before date. He thought that if he had this problem, others would have it too. So he started offering food that had passed the best before date to his customers instead of throwing it away. The price tag was cheaper and the customers got the message. This packet of pasta was perfectly fine, even though it had passed its best before date. In just a short time, Erik's idea outgrew his shop and he had to start thinking about what to do next. Together with two colleagues, Karl Andersson and Ulf Skagerström, he decided to open an internet store for reducing food waste. Matsmart (Swedish for foodsmart) was established kin 2014.

Food waste is a global problem. According to Matsmart, every fifth grocery bag carried home is thrown away. In Sweden, 56 kilo fully edible food is thrown away/person/year and a third of all produced food goes to waste. At the same time we have millions of people starving on earth. Matsmart gives food a second chance, selling food that would otherwise have gone to waste.

The Matsmart business idea combines good for the world with a profitable business idea. According to Matsmart, they have raised consumer awareness of food waste in Sweden and Finland. More and more people become to aware that throwing away the amount of food as we are doing in the western world is not sustainable. We shouldn’t be using of the world's resources to then just throw them away.

Immense amounts of food go to waste in the world today. Through fast distribution of food that would otherwise have gone to waste, Matsmart reduces food waste and increases responsible consumption. Through reduced prices on special products Matsmart also increases equality, as more consumers can afford to buy them. Consumers now upload videos to the Matsmart website saying things like “This food I have saved” or “Super fun to shop this cheap”. 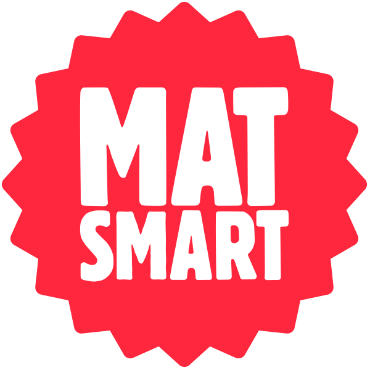 Matsmart (Swedish for foodsmart) has a vision: A world without food waste. They distribute and sell food to consumers that would otherwise have been thrown away by the food industry, and thus they can do it cheap.