A Man with a Vision of Zero Waste

The organization has waste pick up points, where they collect waste and send for segregation and recycling. The waste doesn't get dumped or burnt. It supports many of the UN's sustainable development goals like SDG 11 which talks about sustainable cities and communities and waste management.

The clients first provide their requirements to vRecycle, then vRecycle gives them the quotation covering all the prices. Once the clients confirm the order, they deliver the infrastructures in around two weeks. The garbage gets collected from people in bulk from different pick up points. It involves people with weak financial condition, so financial inclusion is achieved here supporting SDG 1 (No Poverty).

The company uses smart techniques for the segregation and recycling process supporting the SDG 11 (Sustainable Cities and Communities). As it works on the cleanliness and sanitation it also supports SDG 6 by providing access to adequate and equitable sanitation and hygiene for all. 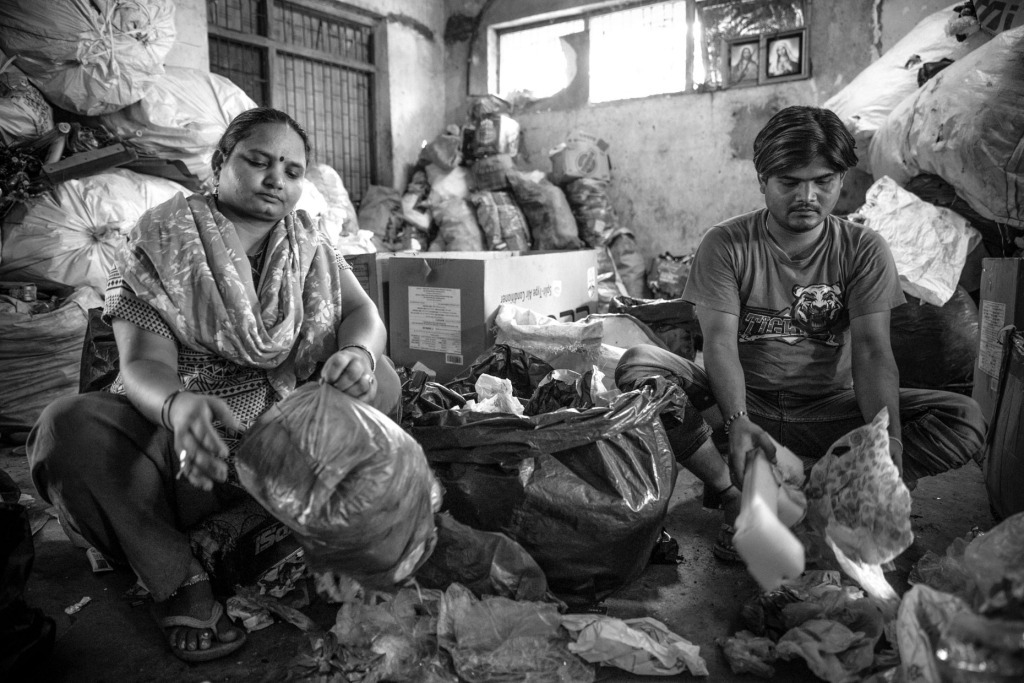 Clinton spent most of his childhood outdoors in Cuncolim, Goa. He had no TV or video games to play, so he had a lot of nature's touch. His family moved to Margao. It was his responsibility to put the garbage of the day into the bins. When he moved to Benaulim village, he searched for a spot near his house where he could dispose his garbage. That village didn't have any bins, like most of the villages in Goa. People used to either burn their waste or dump it into a nearby river or farm. Clinton could not do it. So, he started to find alternative solutions.

Learnings from the Experts:

When he was in school, he talked to waste pickers and street recyclers. He got to know what they accepted. He thus started to get some pocket money from the recyclables that he sold. In 1999, he attended a composting workshop which was organised by Goa Foundation. He immediately started composting and within three months, he was convinced that he was onto something. One more thing which encouraged him was that the daily bag of waste which was needed to be thrown away now needed one week to get filled up. Over the years, he learnt many disposal systems for the hard to recycle waste. And now, 18 years later, he can proudly say that he no longer generates any waste that he must throw away.

In 2000, Clinton met some Swedish students who were working on environmental awareness in Benaulim. He quickly became friends with them and in 2003 was invited to Sweden to learn how waste was managed there. He visited several waste management sites. After that, he made seven more such visits in the next six years. In all his visits, he took back a little more information on Sweden's waste practices. When he came back to Goa, he used that information to create a hybrid model that looked like the Sweden system but was run as a Goan system.

vRecycle is not a waste disposal contractor. They started out as an experiment to test if it was possible to run a successful waste management business even if they share all their learnings with everybody. vRecycle believed that it needs to improve together. It focuses on waste reduction by recycling rather than recycling only high value recyclables. They divert all waste from burning or landfill even if storage of hard to dispose waste is expensive. They comply with government regulations, pay the required fees and taxes on the sale of recyclables.

vRecycle often has little or no support from the Government in what it does. They provide staff facilities, safety equipment, health checks, bank accounts and more by themselves. The most unique concept in this organization is that their unskilled staff (both men and women) get equal and fair wages.

However rather than keep growing, vRecycle prefers to clone its operations in a decentralized hub and spoke model by partnering with young entrepreneurs using franchising as a tool. If you think you would like to venture into the exciting and fulfilling waste management business, please give vRecycle a call.

vRecycle hasthe waste collection business already in place and it is growing. They provide the plans according to the requirements of the clients for managing the waste. They also buy recyclable items like metals, glasses, PET bottles, etc. vRecycle also sells the infrastructures to the clients according to their needs like composters, gloves, bins and more. That ensures their profitability also. vRecycle also provides assistance for design waste systems to communities.

This innovation helps in disposing the waste and cleaning the environment. It does not dump or burn the garbage, and thus avoids the pollution. It also educates people and make them aware about waste management. It creates employment for the local people of Goa who are financially weak. This supports the purpose of financial inclusion as well. Mr Clinton gives many informative sessions on different occasions thus creating awareness amongst the localities of Goa.

The most important aspect of waste management is separating waste at the source. The main problem of Goa’s waste is that it is always mixed. There is very little that you can do with this mixed waste. In order to encourage people to separate, the founder of vRecycle also collaborated with his friend Patricia Pinto who taught him an easy and low-cost way to compost food waste. Then he designed signage that was easy to read and made recycling bins which look attractive enough to put them right next to home entrances. Through his entire journey, he shared his findings as well as his designs. All his creations continue to be copylefted (as in free for sharing in non-commercial situations).

The second most important learning was that people need to be educated on proper waste disposal techniques. He spent a lot of time in the year talking to people about their waste. According to him, students and villages are most receptive compared to others.

The third learning was that not everybody has the time or interest to manage their own waste, and so in 2009, he started a service company called vRecycle to meet this need. 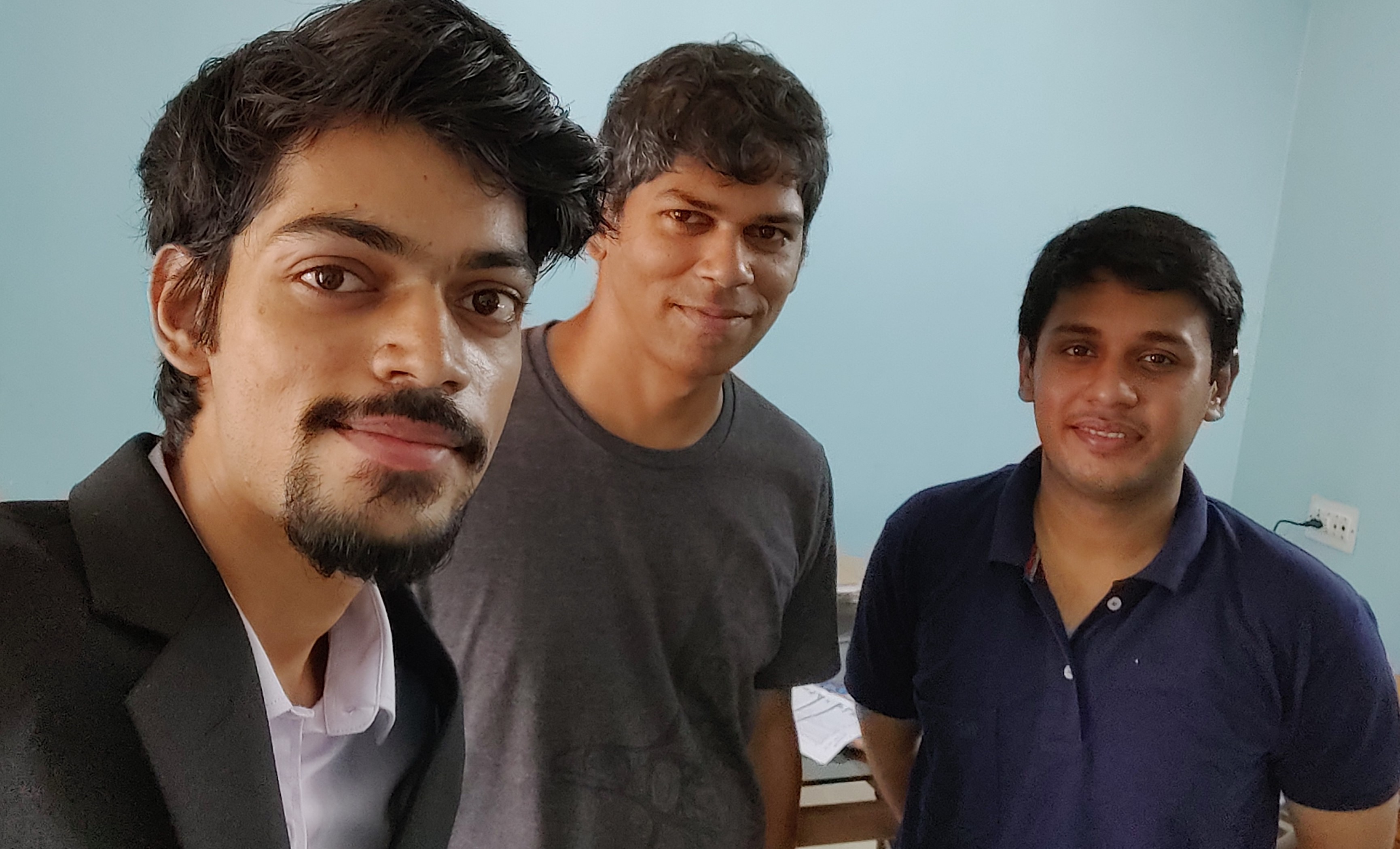 vRecycle is a small firm which helps over 10,000 homes in managing their waste in Goa. Since it is mandatory that all clients segregate their waste into wet & dry (Organic & Recyclable), vRecycle do the remaining work in a cost-effective and eco-friendly manner. They offer custom-based and budget friendly solutions. They give price quotes when their clients call them. They usually give services to their clients and train them in the proper manner after the initial composting and installation of recycling bins. Up to now, they have setup over 2000 composters and over 150 community recycling points.