The evolution of the Hydroflux rare earth magnets’ desired use is one born through an alpha test. The magnets evolved from only lowering toxicity and consumption in cooling towers, to a product that was devastating to bacteria. Now, the magnets could even become a “smoke-detector like product”, according to CEO Michael Lombardi.

The innovation are the rare earth magnetic rings designed by Hydroflux to filter out harmful chemicals in cooling towers, so that the water can be safe to use for things like fridges and air conditioning. The way cooling towers work is that they flush themselves when water becomes too dense, because Los Angeles’s warm climate makes the water dense. When the towers do this, sulfuric acid and chloride are dumped into the sewer system. All of these poisons make it straight into the ocean, only to destroy ecosystems. Also, because of Los Angeles’s warm climate, the likeliness of having a cooling tower that carries legionnaire’s disease increases exponentially. According to CEO Michael Lombardi, “This was getting to be a big deal. Because of Measure W, recycled water is now used in cooling towers, which has contributed to the 84% of cooling towers being tested positive for legionella in the United States”. Legionella can be picked up in the ground soil, making cooling towers next to construction sites largely at risk. This issue was made more aware to the public eye when in 2017, a man died at Disneyland because the mist from their cooling towers became infected with legionella since the towers were next to a construction site.

The magnets basically rip apart the legionella to pieces. According to our interview with CEO Michael Lombardi and the website, this is done with two mechanisms. “The first relates to the well-established effect in water treatment that coagulation, nutrient/trace mineral sequestration, and calcium carbonate precipitation will result in a microbial reduction.” Basically, this explains the process that involves controlling the disease-carrying microorganisms found in water. The magnets affect the natural ionic behavior of the microorganisms so they can be manipulated, while also turning insoluble solids into liquids. “The second mechanism involves sub-lethal injury from the field (believed to be secondary to disruption in ion channels in bacterial cell walls and membranes), that controls bacteria even when there is no precipitation occurring.” The magnets do three things: rip apart any legionella, eliminate all sulfuric acid and chloride pollution, and cuts in half the amount of water cooling towers take. Since the magnets make the water less dense, legionella cannot grow and there is less flushing in the cooling towers. A product that was designed to lower water consumption now has the potential of saving the lives of many people that work in buildings using air conditioned air.

When it came to the creation of these magnets, Dr. Neil Morley was at the helm. He is a professor of Mechanical & Aerospace Engineering Development at UCLA. He also serves as the lead scientist in the research and development of HydroFlux Technology’s magnetic treatment system. He worked with his two Senior Advisors, Gary Harbison and Robert Cunningham, to create rings that were strong enough to conduct all the properties it needs to, but also be able to be managed. 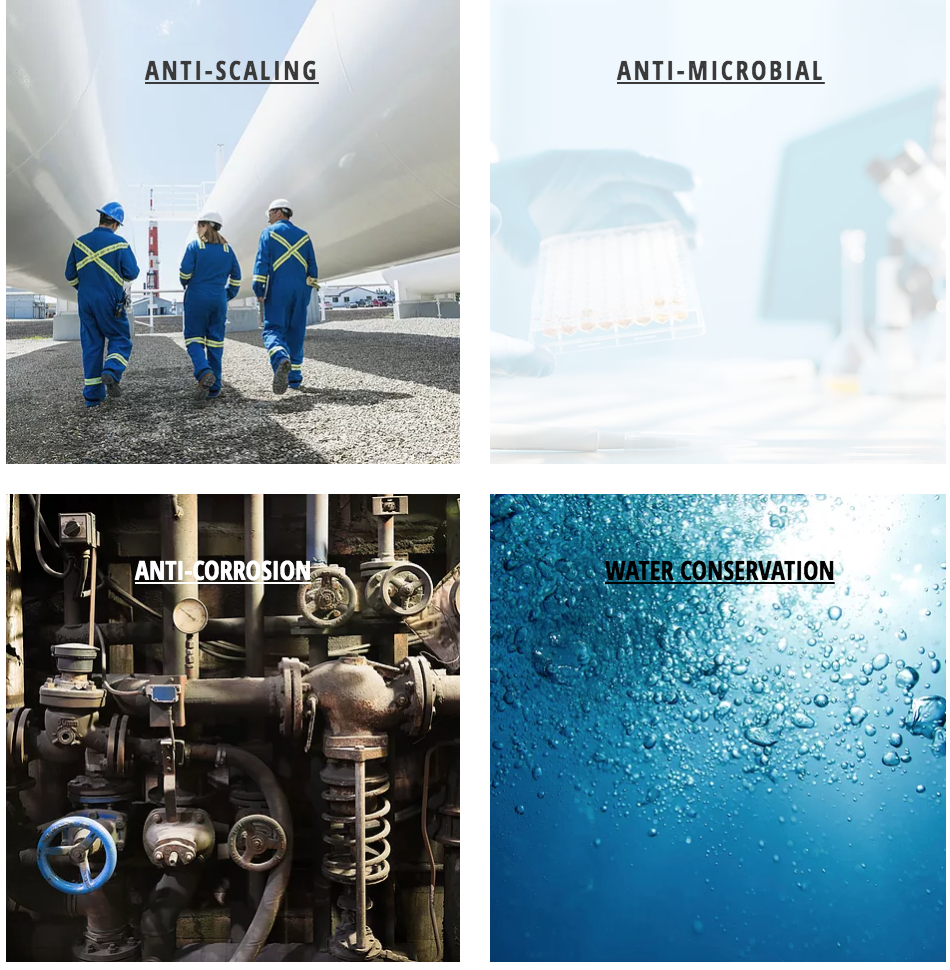 CEO of Hydroflux, Michael Lombardi, told us that “The motivation was to create this profit motive product. The product was designed to only use less chemicals and less water consumption”. Once Lombardi and his team learned more about the product’s capabilities, the motivation changed. During an alpha test, in which they built a cooling tower, they found that one of the water reservoirs was developing algae life while the other was not. Lombardi said, “we wanted to figure out why the bracelets were killing plant life”. Lombardi then hired a research team at UCLA that included Dr. Neil Morley to investigate this. During the test, they found that the bracelets were devastating to any bacteria. Because of this, the motivation of solely wanting to make cooling towers more cost effective has now become a motivation to save lives, and lots of them. Even though the results of the tests were unexpected and not technically the results that were desired, they were not going to turn their backs on the product’s unintended possibilities.

For starters, this innovation will have a big impact on the HydrofFlux business when it comes to profits. According to Mr. Lombardi, “the insurance companies that were looking at liability insurance said they will give HydroFlux $5 million liability for legionnaires disease and mold”. This seems high, but since bacteria likes hot weather not cold weather, 6,800 cases of legionnaires disease have been reported in the United States because legionella becomes pneumonia in cooling towers. According to Mr. Lombardi, HydroFlux has “the only product in the United States that is relatively inexpensive and kills everything”. Each magnetic array costs $9000, but a $9,000 product to save lives is well worth it. Lombardi also thinks that this product has potential to be a “smoke detector like product”.

Hydroflux definitely has a significant future that evolved a bit from a purely business impact to an environmental impact. When it comes to the environmental impact, for starts the magnets consume no power of its own, which saves lots of energy. Also, the magnets never need to be serviced, as the “perpetual motion machine magnets had only a 1% degradation in 99 years after tests”. Also, the magnets eliminate all sulfuric acid and chloride pollution and cuts in half the amount of water cooling towers take because the magnets lower the need for cooling towers to flush. When it comes to the social impact, the magnetic arrays are saving lives of people who constantly use fridges, live in air conditioned units, and work in air conditioned buildings. As climate change is becoming a bigger problem, and global temperatures begin to rise, the risk of legionella in cooling towers also rises. The bacteria can grow in dense and warm climates like cooling towers. Since the magnets make the water less dense, legionella cannot grow and is also actually destroyed by the magnets, taking away any risk of contracting legionnaire’s disease.

This product will undoubtedly become a necessity for every company that works with or operates a cooling tower. The $9000 investment a company will make in the product will not compare to the amount of money they will save with decreased water consumption, but also the costs of having lost lives on their hands. Businesses will now have less liability, but also less insurance costs as the magnets protect against any bacteria in the water. The HydroFlux technology will also have a huge impact on construction companies as they can now be more flexible when digging near cooling towers.

Hydroflux technology simply offers a clear and simple solution to one of the many problems that are associated with climate change and increased temperatures. With these solutions comes more freedom and more comfort to conduct sustainable business, use products efficiently, and decrease ocean pollutants. Also, water conservation is a huge part of HydroFlux's technology, as reservoirs will be used more efficiently and less tapped into since cooling towers do not need to flush themselves out as much. 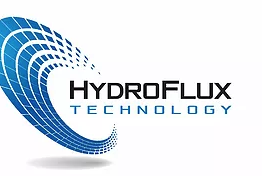 Hydroflux Technology began in 2013 in search of an improved way to make water use more cost effective. They figured out and learned that the biggest consumer and users of water come from industrial water cooling towers which are used by large corporations. These cooling towers produce sewage that is toxic to our environment. For these reasons, Hydroflux Technology began its mission to discover a more eco-friendly approach to conserve water. The way they have been able to do this is through patenting rare-earth magnets that are controlling the problems and treatment complications that are occurring in these water cooling towers.