A “Human-First” Brewpub is Leading by Example

Bungalow by Middle Brow isn’t just a cool and trendy brewpub, it’s a “social justice brewpub.” This innovative model means that the company is operated as a for-profit business, but doesn’t prioritize profits. And the purpose of making profits is so they can be redistributed to people who are at the margins of society, through support for social justice initiatives, organizations, and projects.

Social justice is embedded in the very essence of Bungalow by Middle Brow. About a decade ago, Pete Ternes, co-founder, was approached by a friend who wanted to start a “contract brewery” where ½ of all profits went to a water charity in sub-Saharan Africa. “Contract brewing” is a popular arrangement among those just starting up in the craft brew industry, where the startup holds production at a different brewery, commonly before investing in their own equipment and facility. Ready to leave his job as a corporate lawyer in New York City and work on something that could help “shift the balance of society in the right direction,” Pete got on board with the project. Early on, the partners decided to shift from supporting the water charity in Africa to local organizations, pledging to donate at least ½ of all profits to nonprofits working to fight social issues. And thus, Middle Brow was born.

After years of operating as a “contract brewery,” Pete and his partners were ready to open their own brewpub, Bungalow by Middle Brow. They realized that once they did, though, they would have a significantly larger amount of employees that would depend on the company and a significantly broader impact on the community around them. Instead of donating to charities, they thought they should focus on better supporting the people who work at Bungalow and who depend on their business. In other words, all the different stakeholders. They also knew that starting to make food in addition to beer added another layer of opportunities to “pay it forward”- those related to food security and sustainable food systems. So they pivoted in their approach but kept social justice as their mission.

Pete and partners still reinvest most of their profits into initiatives, organizations, and other charitable endeavors, but they also sacrifice profits in favor of having positive impacts in-house, too. “It all represents a deprioritization of profits,” says Pete. “We’re sacrificing profits because it’s the right thing to do.” They started a workforce training program to train underserved youth in the area, with the support of an on-site social worker. They pay all their staff more than a living wage and have replaced tips with a standard service fee that is evenly distributed among staff. They also source the ingredients that they use from local, sustainable farmers. And they are constantly looking for other ways to help, from offering weekly free breakfasts to Chicago Public School students and their families, to donating 300 weekly loaves of bread to families experiencing food insecurity, to fundraising for DACA recipients, and more. They are also very vocal in their support for social justice causes and their advocacy work helps educate and mobilize their community.

Bungalow by Middle Brow, the brewpub, opened in January 2019. And throughout that whole first year, it received award after award from food magazines including Bon Appetit, Eater, and the Chicago Magazine. However, Pete says that although those recognitions “felt exciting in the moment, they really weren’t that meaningful in the long run.” But being able to write their first check to Ceasefire Chicago, an organization that they committed to supporting back when they first started Middle Brow brewery almost a decade ago? That was a high point, something Pete can point back to and say “that’s when we felt like we could actually pull this off.”

Middle Brow isn’t just mission-oriented, it’s mission-centric. It’s about doing good first, second, and third. Creating profit is the way through which the owners can achieve the goal of having a positive impact, but profit is never a goal in and of itself. And that is a radical way to approach a business endeavor. 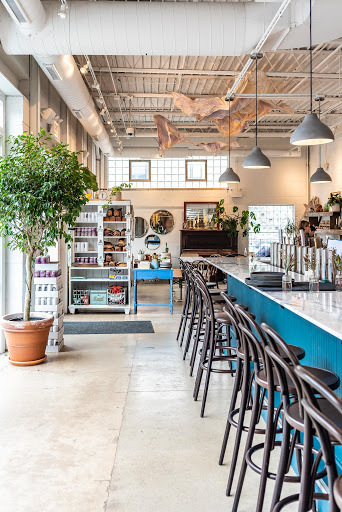 Early adopters of the craft beer movement, Pete and his “foodie” friends would go out to pubs in New York City and drink the specialty brews on offer. Pete describes the dissonance he felt, though, coming out of a pub at the end of the night and seeing people experiencing homelessness, or hearing about cases of gun violence, or about all the other injustices that we are all too familiar with. “It didn’t feel like the way the world should work, that we could spend $200 on beer while all these terrible things were going on,” he told me.

In the end, the inspiration came from a feeling of guilt more than anything else. Pete and his partners felt immense guilt that there could be so many injustices in the world and yet they were mostly unaffected by it. They felt everything was out of balance, so they decided to try to “shift the balance a little bit in the right direction.” And since they already had all this knowledge and passion for craft beer, that seemed like the right place to start.

Although Pete and his partners consistently donated as much money as they could to charities since starting Middle Brow, Pete claims that the real impact wasn’t in those contributions. “The money we were raising was a pittance for organizations. The real impact was on other restaurants and corporations. They were inspired! They wanted to help! The big impact we had was making a socially conscious food-related business popular. Viral, almost! Making it something that people aspired to.” He says that as they formed relationships with other businesses in the food and beverage world, the social mission aspect started to catch on and others followed suit. And the more businesses that started to give back to the community, the more the impact was amplified.

The business benefits and social/environmental benefits of Bungalow by Middle Brow cannot be separated, because the reason the business exists is to benefit society. The owners are constantly sacrificing profits, which, through a traditional business lens, means bad business. But they do this for the good of their community and the sake of their ultimate goal. Plus, if they weren’t doing it and had larger profits, they would be reinvesting them in the community through donations, anyway. Pete says that “as long as it doesn’t drive us to bankruptcy, it’s all about a deprioritization of profits.”

The customers both recognize and value this. For instance, Bungalow has a bread subscription program where people pay $12 to get a weekly loaf of bread. This is an intentionally inflated price, as it subsidizes a second loaf for a person or family in need. Pete says that people are happy to pay the $12 because they are happy for a chance to support a neighbor. Some weeks, they don’t even pick up their bread, even though they still pay for it, because they really just want to support the program!

Bungalow by Middle Brow benefits society through a tireless deep commitment to advancing social justice. They benefit their employees and suppliers by paying everyone fairly and advocating for raising the industry standard in this regard. They also make sure inclusion and diversity are prioritized, which has been shown to benefit not just individuals who would otherwise be marginalized, but inclusive groups as a whole. They are also constantly doing political advocacy through their social media channels and at the brewpub by educating customers on relevant social issues and encouraging them to take action. Additionally, they benefit the environment by purchasing their ingredients from local sustainable farms to support the sustainable agriculture movement and the local food economy. They also procured most of the furniture at the brewpub secondhand, which has a significantly lower environmental footprint and supports the sharing and circular economies. This is all besides the direct benefit that groups of people and organizations receive from Middle Brow in either checks or food. 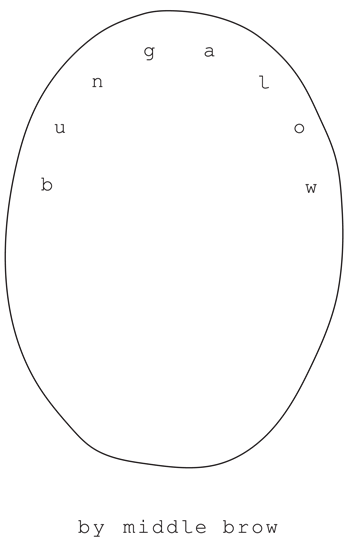 Bungalow by Middle Brow is a brewpub in the Logan Square neighborhood of Chicago, IL, that serves unpretentious craft beer, sourdough pizza, and other fermented foods and beverages. As a self-proclaimed member of the "radical middle class", Bungalow supports relevant social causes through every aspect of its business.