A huge amount of wastewater produced in rural and urban areas remains untreated and disposed of in water bodies as a result of limited centralized treatment capacity. BioUma uses Phytorid technology for treating sewage waste. This technology treats sewage water without electricity, requiring minimum maintenance and most importantly the capacity to becoming self-sustainable. This technology was developed by the National Environmental Engineering Research Institute (NEERI) and is well patented nationally and internationally.

Phytorid Technology System has been found to be effective in treating biological oxygen demand, total suspended solids, nitrogen and phosphorous as well as for reducing metals, organic pollutants, and pathogens. It is a natural water purification process that neither uses electrical power, chemical dosing, nor heavy maintenance. It uses natural resources like plants, stones, and pebbles for the treatment process.

The filtration process involves four steps. The primary/sedimentation tank is designed to reduce the velocity of the sewage water flow allowing the heavier solids (raw sludge) to settle. It is the first stage of treatment after the removal of grit in the inlet works. The anaerobic digester hosts colonies of microbes that convert the soft solid waste (Sludge) into runny liquid waste (Slurry). Biodegradation occurs when dissolved organic matter is carried into the biofilm that is attached to plant roots systems and surrounding media via a diffusion process when it is passed through a reed bed. This bed is made up of gravel and crushed stones with water hyacinths planted above it. Hydraulics are managed in such a way that wastewater does not rise to the surface where a freeboard is placed at the top of the filled media. Water flows naturally taking help of gravitation as the bed is designed in a stepwise manner. Once the water flows out of this bed, the water is collected in a collection tank from where the water can be used for irrigation purposes.

As Mr. Ajit recollects, “When I was building my house, the strata was hard rock. I thought soaking water there will be a challenge for me. I had an open space where I was thinking of putting a garden, so I was searching for an alternative and at the same time if I could reuse the water. So, I tried searching on Google, tried different permutations and combinations and came up with this new way of treating sewage water at NEERI's website.” The inspiration was his personal need to discharge/dispose of the sewage water.

The plan was never to make this at a commercial level. One day a friend his, just happened to visit his house. When he saw this new technology in place, he requested Ajit to implement the same for his upcoming project. Ajit was hesitant at first, whether the project will be a success or not, but eventually built one for his friend. After gaining a good response from his first project, he was now confident that this is the future and he was on the right track.

“Before I started BioUma, I saw the sewage treatment plants here and was disgusted by their poor conditions. I always blamed others for the situations. But then I realized that people are not at fault, everybody wants a clean environment. When it comes to spending an extra penny, people walk away. It is easy to blame people, difficult to give solutions.”

After that, it was never a step back for Ajit and his team. Today, they have installed more than 50 STPs working on Phytorid technology across Goa and Maharashtra region. The peak point for the firm remains when they installed an STP for the Goa government at Sancoale and appreciated by Ex-CM Manohar Parrikar.

More often than not, wastewater and sewage is a burden to most homeowners and heads of various institutions. For this reason, most of them are willing to invest a lot in any sewage treatment process to help solve the problem. Unfortunately, with the many water treatment process in the market today, selecting the best method worth one's investment becomes a daunting task. In fact, most people fall into the many traps set by good marketing and advertisements which end up costing them a fortune. Although MBBR (Moving Bed Biofilm Reactor) proves to be one of the effective ways to treat sewage water yet many institutions who are operating in a small or medium-scale cannot invest such a huge amount in such type of technology.

The solution to the problem is catered by BioUMa, who use NTS (Natural Treatment System) as a method to treat sewage treatment Plant.

Natural Treatments System can be very advantageous for a variety of reasons:

“Creating a strong business and building a better world are not conflicting goals - they are both essential ingredients for long-term success." -Bill Fred

There are multiple benefits to this Sewage Treatment Plant(STP). The most important part of this is there will be no foul-smelling water running through the streets. It’s easy to let loose this polluted water and turn a blind eye, but an environment-friendly solution to treat this water can create a lot of difference. The gray and black water coming out of any society is being treated by this STP and converted into clear water which can be used for irrigation, watering plants and many more. Apart from providing a clean environment this STP also helps in generating livelihood for many people. Due to the continuous treatment by the weeds, the growth time for these weeds is very less. There is a need for a maintenance guy who can maintain these weeds. So local people were employed to maintain the growing weeds which filter the water. Business is further expanded when these growing weeds are shredded by a cutter and used as nitrogen-rich fertilizers for plants, a process of giving back to mother Earth, so basically it is a principle of nature to nature naturally.

Livelihood is also generated when these STPs are installed. Mechanical STPs require plumbers to install the plant, and skilled plant operators to continuously monitor the process which involves 2 people working on a shift basis, drawing a monthly salary of Rs.10,000 each. Apart from this, the plant maintenance cost adds up to Rs. 20,000 on a monthly basis. The common Indian flat owner refuses to abide by such high maintenance costs leading to shut down of the mechanical plant. But in the case of Bio STP's we can do away with this cost and hire unskilled laborers and train them to maintain the plant on a monthly basis at a liberal cost. 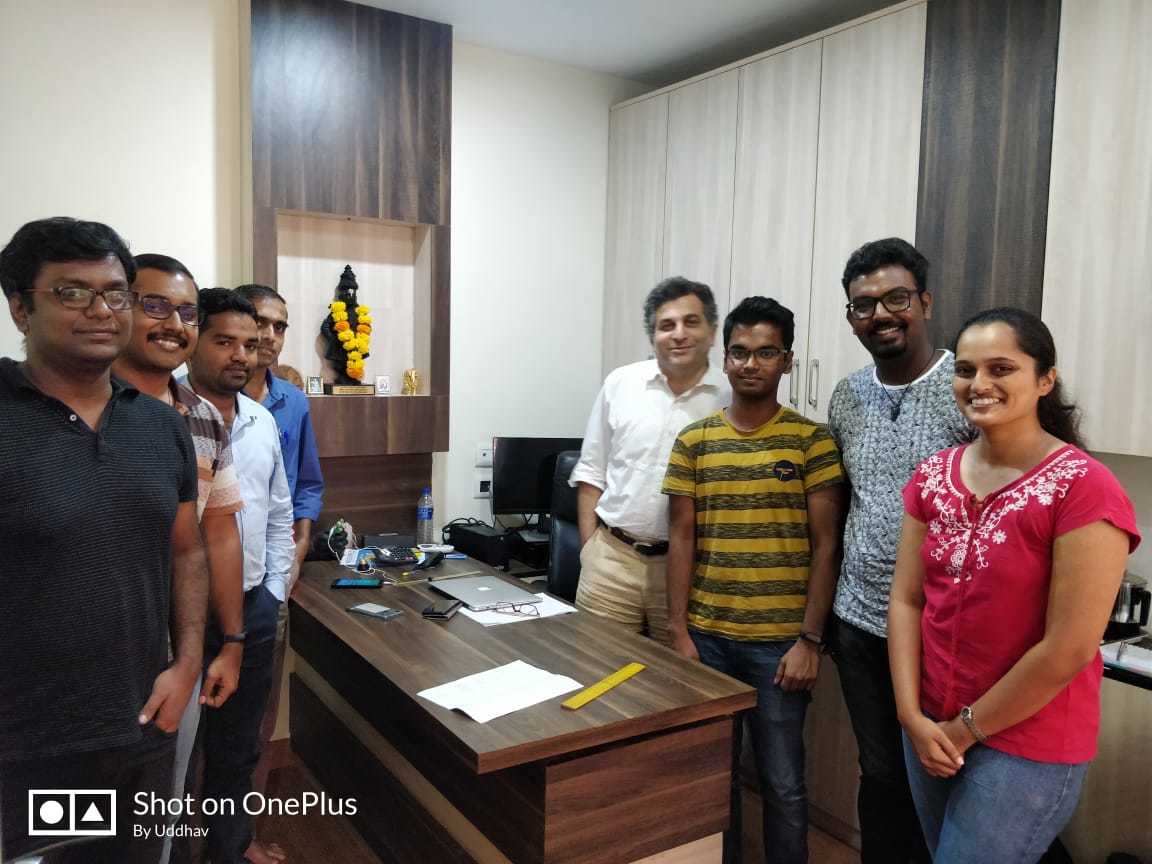 Earth has been rich in water for billions of years, but scientists still debate on just where this life-sustaining liquid came from. Some of them ponder that it has been brought here by comets or asteroids, while some say it is just a combination of hydrogen and oxygen.

The interesting fact is that the total content of water on earth has always been constant. Millions and trillions of years this same quantity of water is being circulated and recharged to get the purest form. This implies that nature has the power to treat the polluted water, we just need to find the right way.

BioUma, a firm based in Goa, is involved in designing, planning, and constructing Sewage treatment Plants for housing societies as well as commercial buildings. What makes them stand out from the rest of the firms is their model, which is based on Phytorid technology. The technology is new in India and there are very few successful firms.