A greater community begins at the local market

PCC Community Markets was established in 1953 by fifteen families as a food-buying club. It is a cooperative grocery chain on a mission to provide nutritious food to local communities in an affordable, accessible, and environmentally-responsible way. Its SGD goals are zero hunger, good health and well-being, clean water and sanitation, clean energy, sustainable cities and communities, responsible consumption and production, as well as partnerships for the goals.

PCC stated that their innovation emerged from the need to accommodate the growth they were receiving. They are constantly improving, adding, and changing things and processes up for the better of the business and community. Due to an expanding community and overcrowding, after moving several times, PCC was able to set up larger stores, which attracted more customers and enabled the company continue to grow outside of Seattle and into nearby communities.

The innovation all comes together by the members in each location making note of ways they can improve or any new ideas they can add to help better the business. The PCC Board of Trustees and the advisory member store councils at each shop meet often to discuss new initiatives and future plans for the organization and the neighborhood. The members of this board pay dues every two years, and they meet monthly. PCC and its workers had a mission. The company initially merely wanted to give their neighborhood access to healthy food but now it also wants to help eradicate world hunger and give the neighborhood opportunities. The motivation to create and grow the company came from this purpose and mission.

PCC Market innovative solution for the SDG's and a better world is supplying local communities with millions of nutritious foods so people can obtain it more easily and affordably, in addition to practicing environmental stewardship and contributing to charitable organizations and food banks. 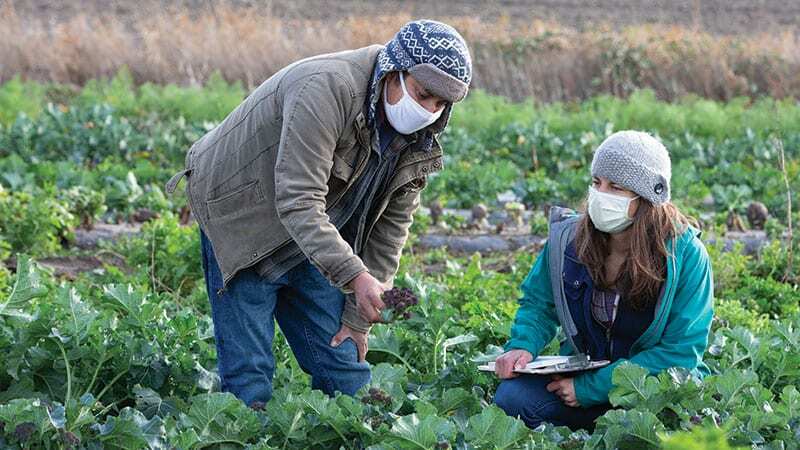 PCC Community Markets Company was started by fifteen Seattle families in 1953 as a food-buying club. They wanted to provide good food that nourishes their community and inspires the well-being of individuals, the community, and the planet. These fifteen families had so much love for their community, they wanted to make sure they are providing the best products to them. PCC Markets partnered with northwest producers, farmers, ranchers, and makers to gain access to locally sourced products, original and unique recipes, and fresh products. The company wanted to embrace stewardship by providing nourished foods that help advance the well-being of the community, planet, and the individuals in it.

Community Support: The innovation has a positive impact on society because one of PCC’s main goals is to end hunger in the community. They gave about 1.5 million meals to local neighborhoods in 2021, have had their food bank program for over 25 years, make many donations to the community and to non-profit organizations, sponsor non-profit public events that have the same vision as the PCC business, have over 9 thousand local products in store, and help their members save money each year (about $300 per member).

Rachel Thefft who is the senior manager of community food systems said, "When the pandemic hit, it pushed a partnership between PCC and NFM (Neighborhood Farmers Market) in whom their business were threatened when Covid shut down the Seattle farmers market in spring of 2020. This partnership helped farmers maintain their businesses and income while also providing healthy and fresh products to the food bank and community." As previously discussed, PCC has had a local food bank for about 25 years now while also signing contracts with nineteen local food banks and fourteen farms in 2021. That year, PCC funded about $132,000 which is over 45,000 pounds of produce, and is 17,000 more pounds of produce than the previous year (2021).

Nutritious Food: In 2021, PCC Community Markets provided 1.5 million meals to their local neighborhoods. The company has over nine thousand local products in stores, many of which are sold in bulks for higher needs or bigger families. These products allow individuals and families of the community to have an easy, local, and affordable access to nutritional and fresh foods. To make these products as affordable as possible, PCC does countless weekly specials and discounts, and accepts EBT to make sure even those who aren't able to afford the products at a low price, are still able to purchase and nourish themselves and their families.

Environmental Impacts: PCC Community Markets have quite a few positive impacts on the environment. They designed green buildings that were meant to reduce environmental impacts such as collecting rainwater from the roof and using that water as needed in toilets and landscape irrigation. PCC has saved about 160 thousand gallons of water each year. In addition, they use responsible packaging, practice energy conservation, work on food waste reduction, use renewable energy, and low carbon transportation. Their goals help reduce the planet’s climate change while also providing nourishing products to their community.

Short and Long-term effects: Short-term effects that PCC Markets had, began with the buying power that the founding families of the business had, and how they used that power to create their first few stores and programs, such as their PCC Cooks program which was launched in 1983. The long-term effects were being able to do everything they were doing when the business was founded but at a bigger magnitude and capacity. The business and programs were extended further than Seattle, were able to touch more communities, and provide an affordable and local access to a natural and healthy food selection.

Awards: Lastly, some concrete evidence of the company's good-doing is the many awards they have won over the years. The company is recognized by Fast Company magazine with an honorable mention in their World Changing Ideas Awards, for the co-op’s work in creating stores that are as sustainably sourced as the food it sells. PCC is ranked as one of the top midsize corporate philanthropists by Puget Sound Business Journal and is also awarded the Progressive Grocer’s Outstanding Independent Award for the second year in a row for its leadership in environmental sustainability.

The innovation benefits the business because its business model benefits so many stakeholders -- suppliers, customers, employees and the community. They have been able to grow by adding locations and expanding their impact throughout the community.

On the environmental side of benefits, they have achieved carbon negative store operations by reducing overall emissions and by purchasing carbon offsets. PCC eliminates more than 80% of petroleum-based packaging from its stores by providing industrially biodegradable packaging to its delis. Their buildings are powered with 100% renewable energy through the purchase of renewable energy credits as of 2018. It also broadened its elimination of plastic water bottles by discontinuing the sale of plastic bottled water sized below one gallon.

PCC Community Market is a for-profit, cooperative grocery chain that is on a mission to provide nutritious food to local communities in an affordable, accessible, and environmentally-responsible way. It was started in 1953 by fifteen families as a food-buying club. It has then turned into a large business that proceeded to expand by adding more locations into more communities.