About the Flourish Prizes

Since 1901, the Nobel Prize has been honoring men and women from all corners of the planet for outstanding achievements in physics, chemistry, medicine, literature, and for work in peace. Alfred Nobel’s high aspiration and intent was an award “for those who, during the preceding year, shall have conferred the greatest benefit on mankind.” Today the Nobel is well known by all, and its impact reverberates across generations. However there were many additional domains of achievement that were not singled out—for example innovations in film, achievements in the arts and philosophy, and journalism. Each of these has, in turn, spawned a next world respected prize—the Academy Award, the Kyoto Prize, and the Pulitzer. But something is still missing. In a word it’s business leadership at the nexus of societal well being and flourishing: it’s business as a force for peace; business as a force for the eradication of extreme poverty; and business as a force for eco­ innovation and the generation of sustainable value. In many respects there is no greater long-term potential for building a better world—not just standing alone but also in creative partnership with civil society organizations and governmental bodies—than business.

The 17 Flourish Prizes are given annually recognizing the role businesses play in achieving the UN Global Goals for Sustainable Development. The 17 Honorees are chosen from stories of positive business innovation published on AIM2Flourish.com during the preceding calendar year - stories discovered and published by students from around the world.

AIM2Flourish stories are about business innovations from for-profit companies that help achieve one or more of the UN Global Goals, such as ending poverty and ensuring peace and justice. Furthermore, they are examples of business innovations that increase economic prosperity while contributing to a healthy world and human well-being.

All AIM2Flourish stories that are published on the AIM2Flourish.com website from January 1st through December 31st are eligible nominations for the next year's Flourish Prizes. We will honor the business leader for their innovation as well as the student author(s) and professor.

Every AIM2Flourish story is reviewed by both the authors' Professor and one of our AIM2Flourish Story Editors, a dedicated volunteer team that includes journalists, media makers, management coaches, professors, students, and dedicated citizens. The final selections for the Flourish Prizes will be made by a distinguished panel of business leaders and scholars. 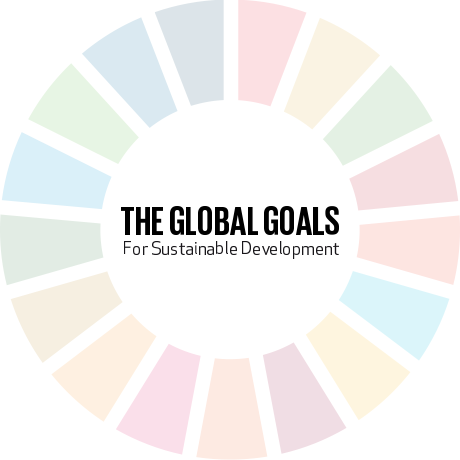 Eligibility for the Flourish Prizes is based on a combination of the following:

The Innovation Story meets AIM2Flourish innovation story criteria and is published on AIM2Flourish.com by December 31st of each year:

Based upon recommendations from AIM2Flourish Professors and Story Editors as well as further due diligence by our AIM2Flourish Core Team, a number of finalists will be named for consideration by the Flourish Prizes Jury. Our jury will further evaluate finalists and recommend Flourish Prize winners by applying more rigorous analysis of the Innovation Story, to include:

Our goal is that the Flourish Prizes will represent a wide range of industries, geographies, and participating schools as well as provide solutions to as many of the UN Sustainable Development Goals as possible.