Kraken is a water supply company that tracks the amount of water in client cisterns 24/7 in order to find anomalies in the consumption or possible leaks. They distribute the water in tank trucks efficiently. They can track and improve the routes of its trucks according the the demands customers.

Kraken is a company that uses a smart sensor to measure the water level that works by millimeter waves of radio frequency and is placed on the lids of clients' cisterns or tanks, taking measurements of the water level every 30 minutes. The captured information is sent by IoT (internet of things) to a nearby gateway and from there is uploaded to a web platform where they can see the consumption of water, level and detection of possible leaks. “Kraken developed its own chips because the market does not provide the technology”.

By knowing perfectly the water level of the cistern, the water suppliers can improving planning of the routes, avoiding trips in vain and decreasing the pollution generated by the trucks. Individual customers can detect leaks by checking variation in their water consumption. “Kraken created its own infrastructure to provide a new service.” They know which customers have water shortages, give priority to tanks with a lower percentage of water and know where to deliver the water in real time. “The company developed something that generates value for the customer”.

The entrepreneurs of Kraken developed a solution to resolve the constant problems with the water suppliers in the region (Querétaro, Qro. México). They developed the tools and technology to provide a better service saving like water, diesel fuel and time.

Mariana Torres and Roberto Jesús Arteaga (founders of Kraken) faced constant problems with the water suppliers. They decided to buy a tank truck to supply its own water. Eventually they developed a new company with the main objective of supplying water in an efficient way.

The mission of the company is related to the innovation. The main purpose of kraken is distribute water in a smart way, always taking care of the water resource. “Kraken wants to attack water consumption problems and leaks, and be a reference of sustainability for the future." 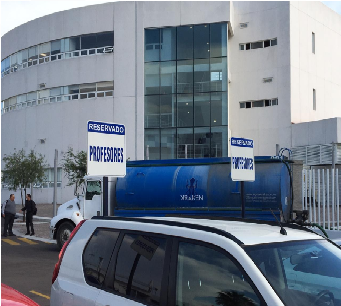 The original idea was to provide a better service that the market was offering. Kraken was always looking for a way to save resources using new technologies. The founders of the company know the problems of customers, which helps them to understand the needs of their customers.

The goal of company is be efficient with their resources. Kraken is providing new solutions in the market. Many industries and housing complexes are looking for a better way to conserve water. Now they can know the level of their tanks and track the consumption and leaks of the water. “Kraken is developing a new way to distribute water in places without hydraulic infrastructure. The company wants to be a reference for the regulations of the future” (CEA - 40% loss of water, 2019).

Many companies ignore the value of water efficiency. However many industries are interested in being efficient and taking care of their water consumption. The consumption of water is critical for the operation in some industries. Kraken offers them an interesting value added proposal. The high water consumption in cities is provoking that “the government regulations will become more stringent”, but the company is ready to face the adjustment.

Kraken became a sustainable and efficient company with its resources in a short time. Now the company is growing 300% each year. “The main objective of Kraken is not an increase in sales. The company is looking for ways to be more sustainable and be ready for the new sustainability market”.

Kraken supports several companies in the care of their water consumption. This action benefits not only the clients but also the surrounding communities.

The company decreases 40% of the diesel consumption because they are planning better routes using the data provided by its sensors. This action decrease the traffic in the city and the air pollution. 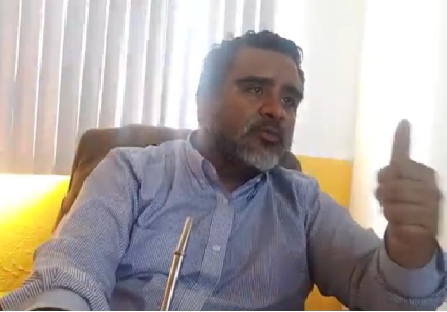 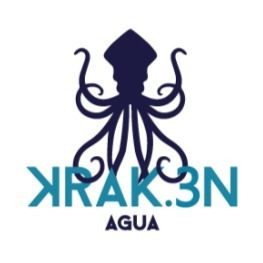 It is an organization dedicated to the delivery of potable water by tank trucks and the use of radio frequency sensors installed in cisterns to see the water needs of its clients in real time.